A recent survey conducted by cloud phone performance management service provider; Hiya, found that three out of four Americans claim they were the target of phone scammers during the pandemic. Many folks, conversely, have stopped answering the call for numbers they do not know, a whopping 94 percent; the survey of 2,000 respondents found.

There are solutions like True Caller and others that attempt to remedy the situation – to no avail – as we have seen a sharp rise in scams during the pandemic. We even, long ago, introduced ‘do not call lists.’ We all know how that went. And these scams cost some who fall victim to said calls a lot of money – in some instances. According to the survey commissioned by Hiya and performed by Censuswide, customers still prefer voice comms.

On average, those who fall victim to spam calls squander roughly $182. The same survey found that some lost more than $500. Perhaps, even more stunning; is the amount of opportunity out there for crooks looking to make a quick buck; Hiya found that during the pandemic, consumer and business voice calls nearly tripled. 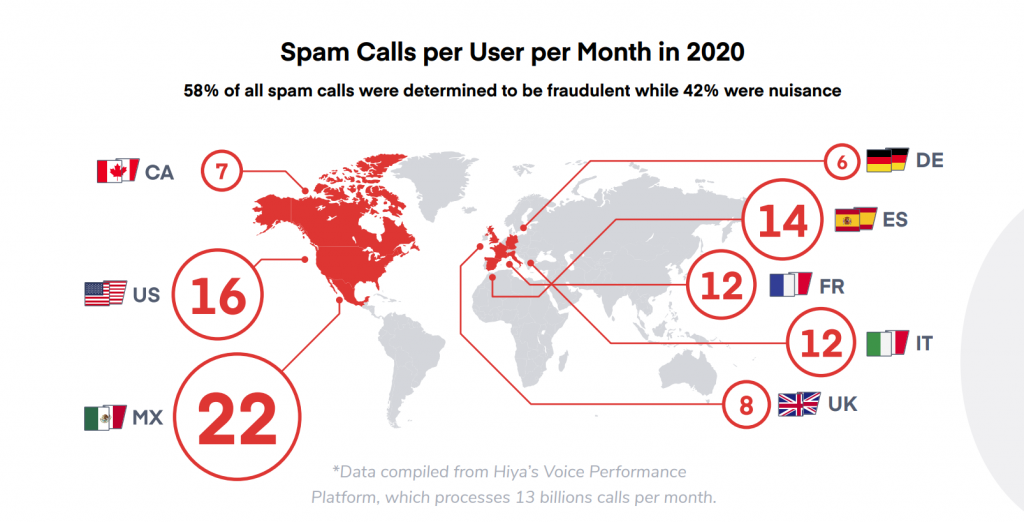 Likely the most alarming figure cited in this article can be attributed to the YouMail’s Robocall Index. It found, and I hope you are sitting down – in January 2021 alone, robocalls reached an average of 129.5 million calls each day.

That equates to 1,500 robocalls per second. Let that sink in.

No One is Immune from the Enigma of Spam Calls

Last week I sat down with the CEO of TSG Global, Noah Rafalko, who was sure to tell me that no one is immune from the conundrum otherwise known as spam calls. He said that the U.S. government’s STIR/SHAKEN legislation does not even do the job, as its attempt to combat fraud and robocalls by confirming the caller’s identity and creating a digital signature has not proven impactful.

“We believe this solution fails to address the root cause of the problem; and, the (real) solution can be found within blockchain technology. The last several years have been a huge challenge for even the largest enterprises, which can be inadvertently held hostage by telecom providers attempting to protect against fraud and abuse.”

Even the biggest enterprises, Rafalko added, have zero visibility into telephone data usage. In 2021, enterprises still have to request that information from the service provider that provisions their voice to gain such insights.

“Enterprises are not often involved in the attestation of data, be it phone calls, texting, or other features. Not surprisingly, the process to move a phone number to a different provider is also sorely outdated.”

With fragmented processes in place, at least according to data and Rafalko, one incident stemming from a broken system could damage even the strongest brand’s reputation and; could cost millions to repair.

What Have We Done Until Now?

Since 2019, spam calls have remained at the forefront for some providers, including CPaaS leader, Twilio. The United States Federal Communications Commission even requires using STIR/SHAKEN protocols as of June 2021.

STIR (Secure Telephony Identity Revisited)/SHAKEN is a suite of protocols and procedures designed to fight malicious activity like caller ID spoofing on public telephone networks. Robocallers often practice this technique to hide their (genuine) identification. They also often spoof their ID to make it seem like a call is from a non-fraudulent individual, company, or even government entity like the Internal Revenue Service. 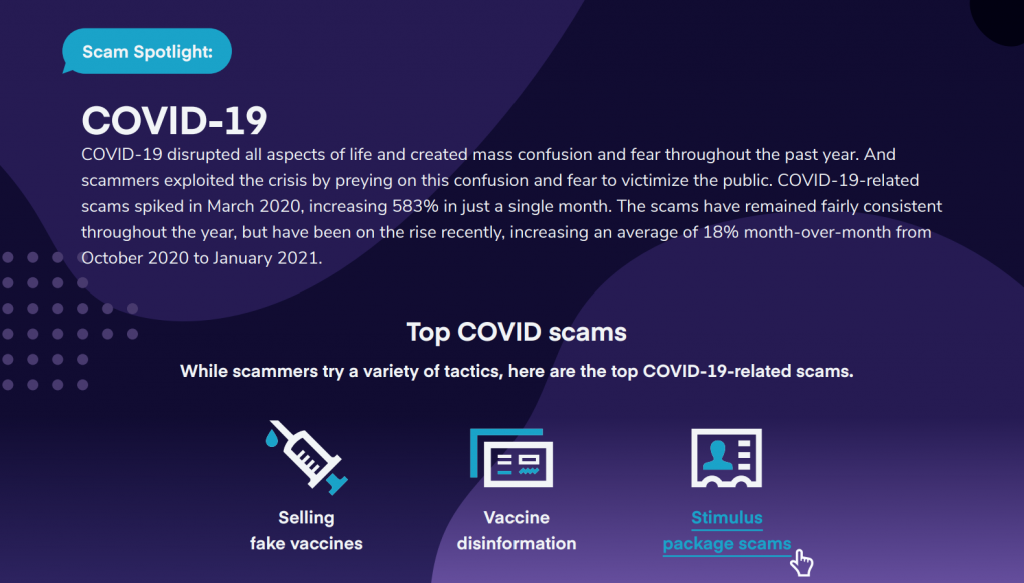 Non-VoIP systems use call routing information carried by Signaling System No. 7 (SS7), another set of telephony signaling protocols responsible for calls in most parts of the global public switched telephone network (PSTN).

It also performs several other functions, including prepaid billing and Short Message Service (SMS). Rafalko told me that the problem started long ago, around the time text messaging became widely available for non-wireless numbers in 2007.

“It created a whole new avenue for fraudsters to take advantage of our siloed systems – because although texting and voice use the same number, they operate in two completely different ecosystems.”

Since then, there have been several attempts at solving the issue of spam calls, including do-not-call lists, most of which have managed to do little to nothing. The goal of TSG Global’s initiative seems to be a lot different than those in the past, as it enables enterprises to validate the information associated with their telephone numbers and prevent scammers and spammers from hacking their identities. 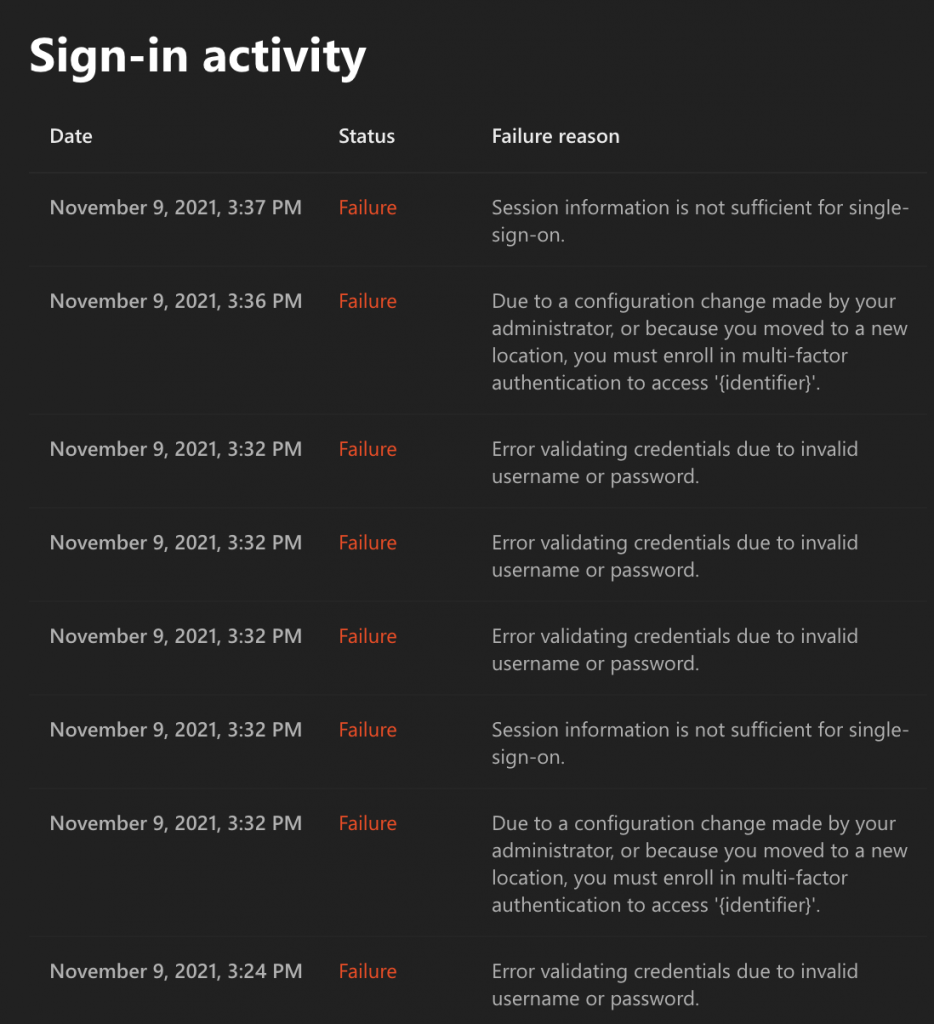 “Intrado and WMC Global have already signed on to use the newly developed and patented blockchain identity solution TNID (Telephone Number ID to help securely store, share and attest business information linked to a telephone number.”

He believes that by standardizing the identity process, TNID’s private blockchain network can reduce telecom fraud and robocalls, which he notes (was) the initial aim of the STIR/SHAKEN effort. I could not verify this claim but will hopefully receive a demo of the technology in action – soon.

“Laws Will Not Help Us, But Technology Can”

“It all comes down to identity management and rebuilding trust as with centralized systems of the present day; there is no efficient way to share and attest to a legitimate telephone number subscriber-identity, which is our central aim.”

This is, according to Rafalko, who continued, noting that the company, which; launched at Enterprise Connect 2021, was founded with transparency front of mind. Since the time of launch, TSG users can now load telephone numbers attached to their business identity to publish their own blockchain stored identity.

Leveraging templated permissions, users can then auto-publish to ‘The Campaign Registry,’ OSR, and the latest T-Mobile required registries. The entire process can be self-managed through a single sign-on. And users can also perform searches for available DIDs (direct inward dialers) based on area code, rate center, or wildcard searches.

What’s more, TSG users will have access to a new knowledge base with FAQs/support blog posts on carrier-specific surcharges, etc. And in Q2 2022, users will have a new way to manage their activities via a portal called ‘ONE Portal’ where they can access CDRs (call detail records), view tickets, pull reports, view usage, and manage most other information.

Blockchain technology is not something we often associate with business phone service, but as we progress in the age of digital transformation, we uncover more previously undiscovered use cases for new and emerging technologies that could very well solve real-world challenges.