Skype Gets Redesign in New 6.0 Version 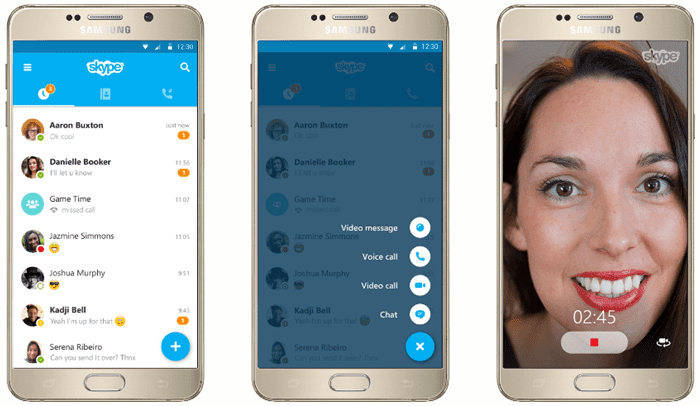 Microsoft released the latest Skype version 6.0 for iPad, iPhone and Android. In a show of re-invigorated interest in its acquired VoIP property, Redmond has added several new features to boost the Skype experience.

The new features were added with the goal of making Skype more natural and intuitive for mobile users, and, as per the Skype blog, “even more delightful to use.”

iPad and iPhone users also now have easier search functionality with the new “Recent” tabs feature to find contacts and groups throughout messages.

Skype for iPad may have gotten the most enhancements. The app now lets iPad owners share their locations, send large emoticons, send and receive images easier and see Web link previews within Skype. In addition, with Skype 6.0 for iPad, users can start group chats or group voice calls right from an iPad.

Microsoft also made mention in the blog post that it’s currently working on a new Windows 10 Mobile for improving Skype in its latest operating system.

Skype was acquired by Micosoft in 2011 for $8.5 billion. Since the acquisition, critics have questioned the pricey purchase, with some calling it, “a gamble unlikely to pay off,” a dumb idea, and other brutal observations. However, Microsoft seems invested in Skype, using Skype for Business as replacement for its Lync enterprise messaging platform and continuing to push out updates for improvements.

Even though Microsoft bought Skype four years ago, Skype still continues to fight for market share, although by 2013, it reached a milestone by commanding one-third of all VoIP traffic. Its position in the space continues to be threatened, most notably from competition from Facebook, which revealed last week that a billion users were on Facebook in a single day. Another competitor, the messaging app, WhatsApp, just hit over 900 million monthly users.