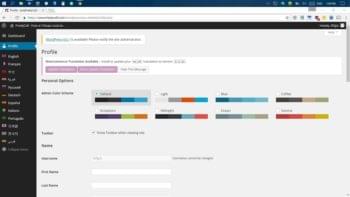 Steven B.
3.9 out of 5
3.9
Quality
Installation
Support
Reliability
Features
Price

There seems to be very little information about this VOIP provider online, at least as far as I could find using Google. I discovered them on reddit and thought I would give them a try, as their published rates are very good. I set up an account, which went very well, and setup of my Android phone also went well, at least as far as I could test it.

I decided not to purchase one of their unlimited calling plans, as I don’t plan to make many calls. So I purchased one of their recharge cards. The transaction went through and smoothly (via Paypal), and it showed up in my transaction history, but the credit was not added to my account. I decided to give them a few hours to see what would happen, and then I wrote them via their online support, which was offline at the time (I used their “leave a message” function). I received an automatic reply via email, which let me know that they had received the message. However, after 4 days, I still have not heard anything, and I have not received the credit in my account. Doing some searching led me to this site, where I noted that the only other individual who reviewed this provider (someone affiliated or working for the provider apparently), giving it 5 stars, seemed to indicate it should only take at most 6 hours to fulfill an order. At the time of writing this review, I have written to them again to find out what is happening with my account.

There are a few other things about this provider that potential users should be aware of. In my opinion, their website contains little information except the bare minimum required to get someone to sign up, purchase a plan, and set up their service on their devices. I could find no troubleshooting pages, no FAQs, no forums, no support articles, and no information about what happens after you purchase (for example, how long it takes to credit/recharge your account). The site itself, at least part of it, seems to be hosted on WordPress, and there are several parts of it that I am pretty sure users are not supposed to see (or at least that’s how it seems to me), such as notifications of updates that need to be run. I also noted a number of links in my profile that when clicked on result in a message comes up saying “You do not have sufficient permissions to access this page.”

I tried to be fair in my ratings above. I have not been able to actually test the service itself, as I have not received the credit I paid for. So for this review, I gave a rating of 3 for anything I could not test. I rated support as 1 for obvious reasons (seemingly ignoring my message), and I rated the price as 1 because I have received nothing for the money I paid to them. If I do receive the credit I paid for, I will try to update this review or submit a new review to indicate any new information I can provide.

Update:
I finally received a response from FreelyCall support (7 days after my original request, 3 days after my second request, same day as my third request). It seems I somehow fell through the cracks because I was an overseas customer (not sure why you ignore emails from a paying customer for that reason). The customer support person fixed the problem, and I could see my credit.

A few days later, I attempted to make several calls over the course of day, but I was unable to do so (tried 3 different Android apps–all registered with the server but failed when making calls). After some troubleshooting, I realized that there was some kind of error occurring on the server that would not allow me to make calls (“unauthorized” error according to Acrobits softphone, “forbidden” according to CSipSimple, and an ssl certificate error according to Zoiper). I contacted support, but it was the weekend, so I did not receive a reply. A few days later, I decided to try again, just to see if they had by some chance fixed the issue. This time, I had no trouble, and the call quality was excellent. I later received an email from support saying that it looked like I had rectified the issue, but actually, I had done nothing (no changes to anything on my end).

So, I have used the service to make a number of calls now, and I have to say it has been great now that it is working. Calls are clear and without issues for the most part. With Skype and other VOIP services, I have often had echoing and static, but I have had very good call quality in all my calls so far. There has been ever the slightest static in the background at times, but it’s not that noticeable. I have not had any problems with echoing. The people I’ve called have said the connection is very good and clear. I am very happy with it.

I am still a little leery of the support provided by this service. It was really slow to respond. Also, the problem I faced making calls suggests to me that this service might not be reliable, but I have a Skype plan as a backup anyways, so it’s not a big issue for me. But I would be leery of counting on FreelyCall if it was my only VOIP option.

FreelyCall is still new, since November. I have started this VoIP service in November 2012 myself, and I’m putting a review, as I believe I will be able to describe better than anyone what It does and what it does not. FreelyCall uses an open platform, highly flexible, which allows to accommodate new features pretty fast. FreelyCall is being managed by Telecom and Software Engineers, given it the chance to be top notch. The service is currently retail oriented, insuring lowest local and international rates in the market, provided in standard or premium fashion.payments are still using paypal/skrill/western union, and are being manually validated. This delay in adding credit cards is due to the high risk of VoIP and the time it takes to find a merchant account which accepts such business.Support is almost 12 hours online every day. Features include video/conferencing/calling cards/voicemail, etc..Codecs among others include G729 and G711 for voice, as well H264/h263+ for video. Unlimited Plans include World, US, France, Mexico, etc. and DID are cheap and comprise 50 countries separated into 6 zones, from 1$/month till 17$/month. The service is mainly hosted in Canada, with redundant node in Germany. Website contains extensive details with screenshots for configuring most common devices.THIS IS NOT A CONSUMER REVIEW. REVIEW WAS SUBMITTED BY SOMEONE AFFILIATED WITH OR WORKS FOR THE PROVIDER.

Pros: instant sip account on registration, cheap, fully fleged.
Cons: transactions are manually processed, which could take up to 6 hours sometimes to have order fulfilled.
Would Recommend: Yes

How to use Premium or Standard rates plans:

By default, you are assigned the Premium rates plan.
So dialing any international numbers will be routed through our Premium lines to guarantee the best quality on your calls.
If you would like to lessen your call costs, try our Standard service by dialing 000 followed by the international number.

What Do You Think of FreelyCall?