Salesforce referenced what some have deemed the “Great Resignation,” noting; When tasked with ‘bigger’ projects and tighter timelines, 93% of organizations find it difficult to retain skilled developers. In further examining Salesforce data, the firm found that seventy-six percent of those employees cite the ‘mental strain’ experienced by developers who have to learn new software architectures that lead them to lower leveles of productivity.

Those apps span the entirety of the Customer 360 portfolio — and let developers leverage already-familiar tools and coding languages to pull off the feat, which Salesforce hopes will save developers valuable time and lead to greater productivity. According to a spokesperson for the company, the ultimate goal of the toolkit will:

“Will not only save our developers valuable time but make it possible to surface key product features within Slack to encourage collaboration, both internally and for our customers.”

Let’s dive deeper into what the latest from Slack/Salesforce means for its combined customer base who leverage the collaboration and marketing automation tools to enact greater leveles of insight and productivity.

Automation is the Way of the Future

It now seems that more companies are betting on automation, understanding the clear and present ramifications of such a capability for most UCC platforms. Slack and Salesforce are no different. Ever since the acquisition of Slack by Salesforce, it was clear that automation would be the future of both platforms.

The latest from the firm now means that developers can bring Salesforce automation to any Slack conversation via ‘Flow in Slack.’ The feature leverages the might of low-code to enable developers to build Slack-first automation with full support for Salesforce data and actions using low-code capabilities. 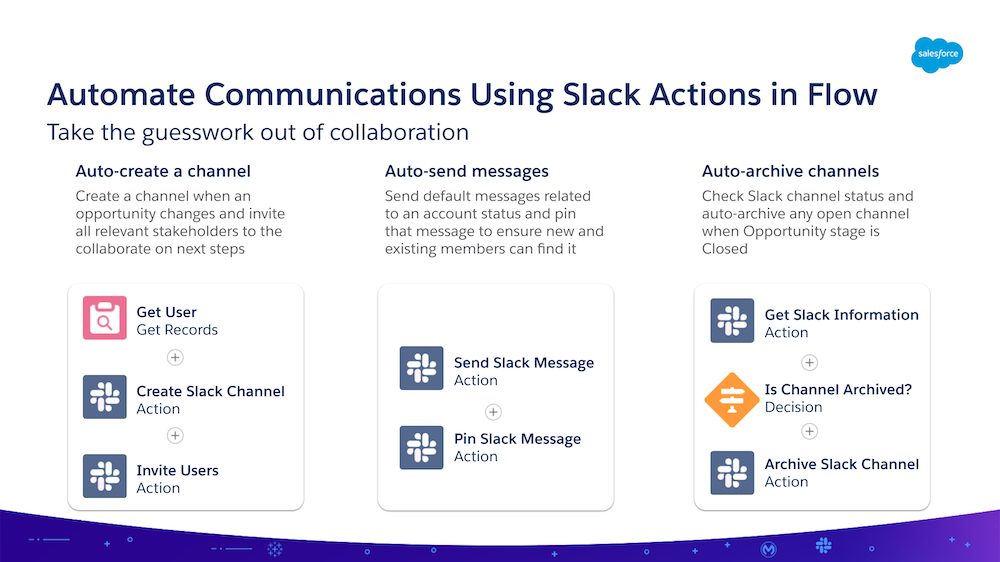 With it, developers can turn formerly-manual tasks like creating Slack channels for workplace and partner collaboration or even sending account status updates to teams into a fully-automated process using low-code tools.

Developers can even build multi-step, guided automation in Salesforce, the kind they can reuse within the Slack platform with a few clicks. Flow in Slack will launch in beta form this June 2022. It will become generally available in October.

Eliminating Middleware and APIs for Developers

Hoping to eliminate yet another common yet annoying developer headache, Slack/Salesforce will enable them to build Slack Apps on Salesforce with no middleware or integration.

Via the Apex SDK for Slack, developers can do as much, essentially letting developers: write in the Apex code they already know, which automatically generates a Block Kit. Block Kits are a UI framework used by Slack apps that help developers build what the company calls: “More interactive and captivating messages within Slack.” 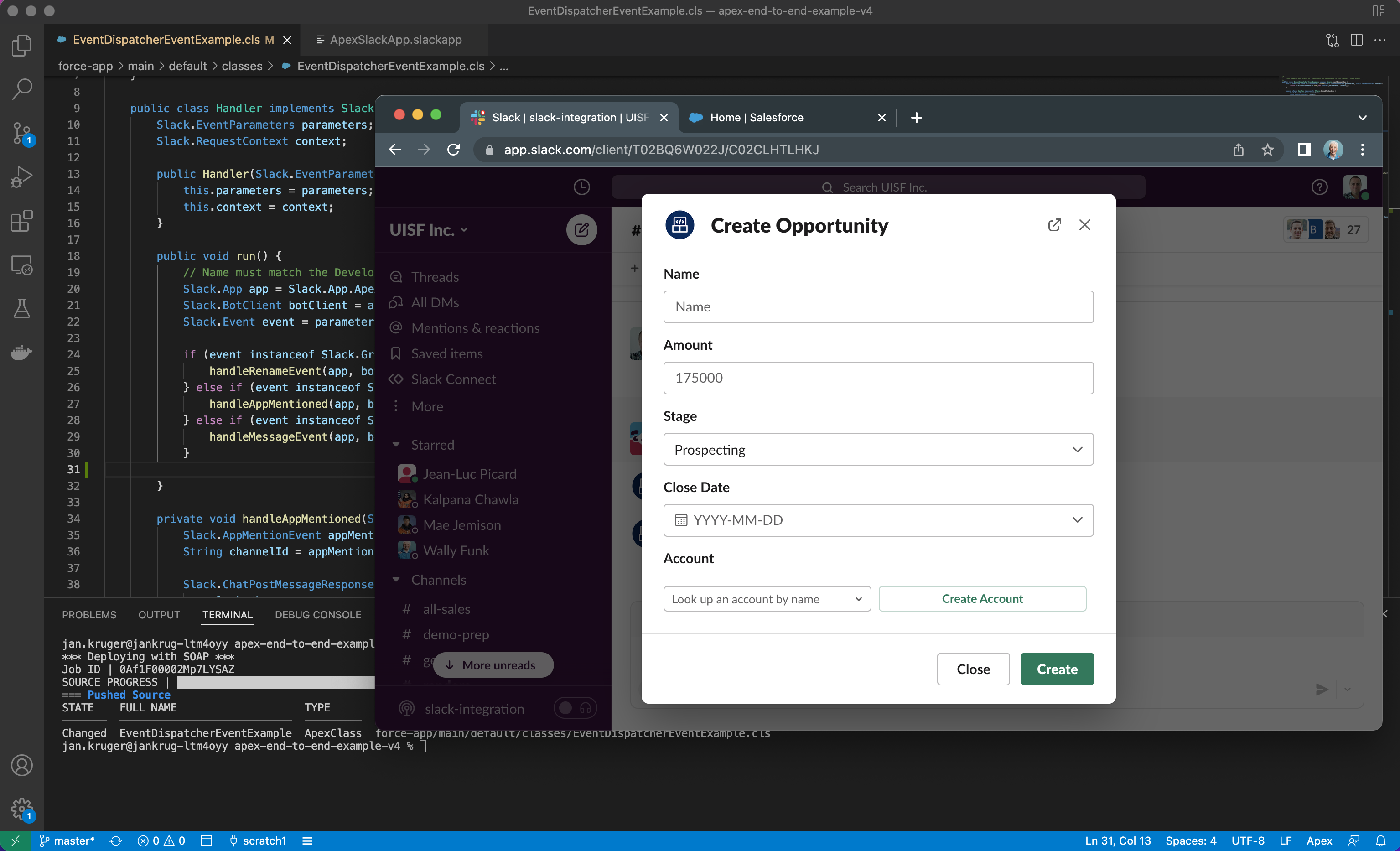 “Salesforce developers can now build for Slack by bringing context to any custom Slack UI, effortlessly infusing Slack with Salesforce data and metadata, using Apex to fetch Salesforce records, creating reusable views, and routing events between Salesforce and Slack – all without middleware,” Slack wrote; in a statement.

They note that there is no need for security concerns, as the experiences developers and non-developers might build; “respect your Salesforce data security policies.” Salesforce wants to (all but) ensure that teams can focus on creating new conversational apps with authorization, user mappings, and trust baked in – it wrote in a statement.

The Salesforce Apex SDK for Slack will make a debut in beta form this June 2022 and will become generally available in February 2023, according to a statement released by the Salesforce.

Salesforce further noted that it would introduce various fresh apps in ‘beta.’ Each of the apps was built leveraging the Salesforce Platform for Slack, a functionality that “Lets teams collaborate using real-time data insights to make better decisions faster and simplify tasks with automation,” according to the company. Without further ado, here is what to expect from the all-new Slack.

Blurred Lines Between Collaboration and Sales

What is clear from the duo’s latest releases is that the lines between sales and UCC are becoming more (blurred), expressly as platforms like Salesforce and Slack integrate tighter with one another. It also seems that Salesforce has a clear goal of creating a super-platform that can essentially do it all.

Slack is along for the ride, and while I’m not sure how much say it has in the matter following the acquisition, customers of both platforms are sure to benefit a lot from the latest round of updates from the platform that looks less like a collaboration platform and more like a sales tool with a plethora of collaboration features.