Salesforce Introduces the World to ‘the New Slack’

Slack Frontiers 2021 ends today. It is Slack’s global flagship conference, held virtually for the second year in a row, from November 17-18. It is the kind of event where a tech company typically goes all out on in-person production – but the pandemic has presented conference organizers and employers in the new digital economy with a unique set of tests.

With everything (well, most things) having gone digital, where is headquarters? There seems to be no concrete answer to this question, but Slack has proposed a Digital HQ for the better half of a year now. Developers at Slack say that it comes down to empowering everyone, including everyday business users like sales representatives, administrators, and marketers to seasoned engineers.

“We want everyone to customize their Slack experience and digital HQ to fit how they work, now and in the future.” Slack wrote in a statement.

For Slack, that involves deploying automation to solve many of the obstacles the pandemic caused for the foreseeable future armed with a massive new Salesforce-backed budget. The CRM giant announced the purchase of Slack back in December 2020 and formalized the acquisition in July 2021 by putting a ring on it (Slack).

As such, not only did Slack’s CEO and Co-founder, Stewart Butterfield take to the virtual stage to give a loyal user-base a look underneath the collaboration platform‘s new and shiny hood.

Slack-Salesforce to Change How We Work?

More to the point, Butterfield addressed the countless ways work has changed and the ways we view work and get work done, which have changed, too. Not just for individuals, but for teams, alike.

The duo wants to essentially enable everyone to create and deploy world-class apps in and automation workflows in minutes. The appeal, nevertheless, is in the fact that developers can create reusable workflow “building blocks.” They can share with anyone in an organization with aspirations to enhance internal processes by tweaking apps as they see fit. 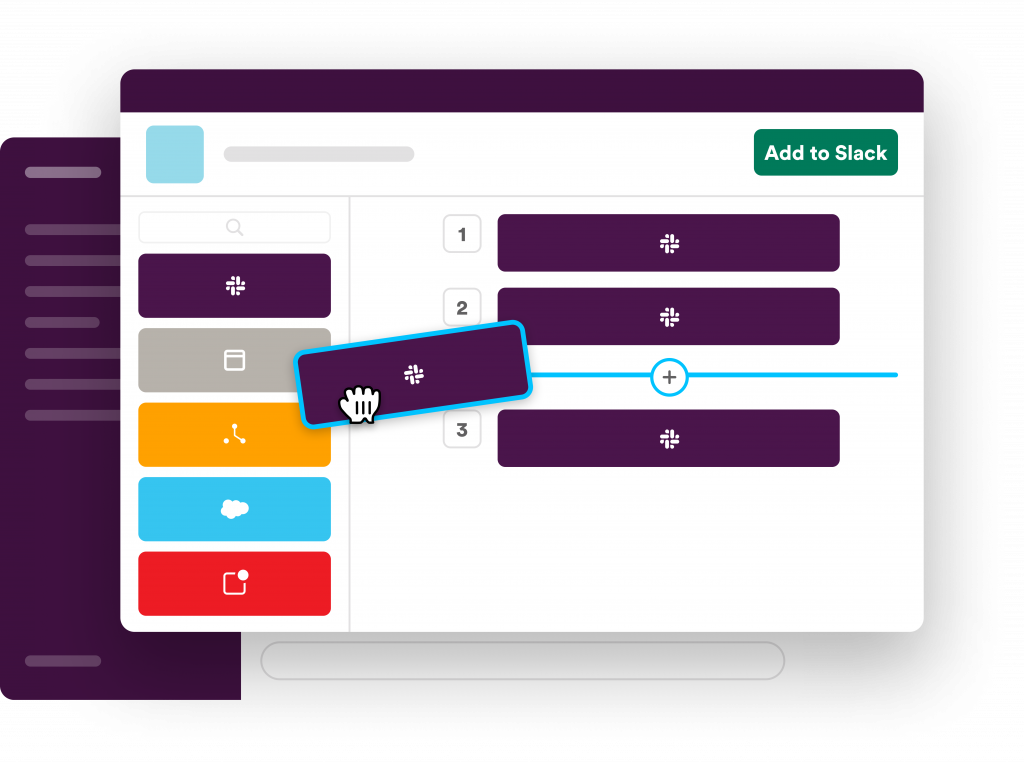 And Butterfield believes – no matter what an organization’s return-to-work strategy looks like, from in-person to hybrid to fully remote, digital infrastructure will replace the physical headquarters as the backbone of work.

It is this thought process that led to the realignment of Slack’s platform with Salesforce along for the ride. And the firm has worked toward completing this goal over the past (nearly) two years. According to Butterfield, Slack did not want to translate existing work patterns to virtual-work environments.

What they hope to achieve, along with Salesforce, is to “fundamentally reshape how we work.” Butterfield stressed just how much Slack extensively overhauled and re-engineered the workplace collaboration platform. Now, he claims, the platform will make work simpler, more pleasant, and more productive than previously advertised.

Butterfield then introduced the all-new Slack to a salivating slew of reporters, analysts, and thousands of attendees – something he hopes will become the go-to choice for Digital HQs across the globe.

Slack having completed what seems like a vision it set out to solve in the first place – is no surprise. What is shocking is how fast they developed the redesign to fit the needs of its user base in such a short period. In under two years, Slack astonishingly reached a new form of platform maturity. Now users can do a whole lot more, especially when it comes to automating everyday tasks.

“Every organization has people motivated to solve problems and make work easier, some call them citizen developers, but they do not always have immediate access to developers or IT support when they need it.”

The complete redesign of the Slack Workflow Builder, a core element of the new Slack platform, will allow these folks to automate work for themselves and their teams without writing a line of code.

According to Slack data, since launching Workflow Builder in 2019, more than 400,000 users have built workflows – 80% of which are non-developers. And Slack users are doing a lot of creating, Butterfield noted, telling event-goers folks are automating the typically bureaucratic approval processes, resolving priority incidents, approving PTO requests, etc.

That’s not it, as I said; it was a total overhaul, right? Well, here it goes. Slack users can now or will soon be able to:

Want to try out some of these advanced features before they hit the general public? You can join Slack’s private beta for developers to pilot many of them. Today, Slack’s private developer beta community consists of more than one million developers. They have built more than 935,000 custom apps and integrations.

This week, Slack gave developers a host of new options for storing and hosting data that powers their apps in Slack.

“Developers will also be able to attach invisible metadata to their messages that other apps can use to communicate across silos,” a spokesperson for Slack told me.

With Slack/Salesforce setting out to settle some pressing matters, it seems once and for all, this could very well mean that different software tools and apps can communicate with each other via Slack, just like humans do.

“Imagine the calendar apps of two people at two different companies talking to each other and scheduling a meeting through Slack when they’re linked through Slack Connect.”

Gamechanger? I think so.

Developers at Slack’s retort to traditional emails, Slack Connect, remain hopeful that the technology will replace emails in the future. Here, teams can securely collaborate with everyone both inside and outside their organization. It too got a facelift.

It saw more than 200% growth in the endpoint market year-over-year; a unit of measurement Slack uses for each unique organization in a connected Slack Connect channel, which represents a single ‘endpoint.’

“More than 100,000 like Zendesk and Procore use Slack to connect with customers and external partners every day in Slack,” Slack wrote in a statement.

Finally, Slack users can expect in early Q1 2022; to collaborate with up to 250 organizations in a single channel, with support (later in the year) for customers to set up secure work environments for large, complex projects with thousands of partners – all from within Slack.