Tons of Changes Headed to Webex; Here’s What We Know

Cisco’s Webex platform has been a staple of virtual meetings, even before the pandemic. The pandemic, however, has forced the likes of Cisco to become more innovative. With the hopes of enhancing the work from anywhere experience for everyone who remains a part of the experiment – Cisco announced a ton of updates to its popular platform.

With so many features available via Webex, somehow, the company continues to roll out new and relevant features for its userbase. This time around, Webex users can start or join a Webex meeting as a host – using their business phone number along with a bunch of other new Webex Calling capabilities. In a statement, Webex wrote:

“In the 41.8 update – we are adding the capability for phone-only users to be able to start a Webex scheduled meeting from their phone.”

According to Cisco, users who want to start a Webex scheduled meeting from the phone – have to validate their phone number – along with entering a host PIN. Once users save their phone number in Preferences > Audio and Video > My phone numbers – they can start or join a meeting as a host by phone.

What’s more, in the latest version of Cisco Webex, users can brand events using the “Webex Events” feature. As an event host, brand and customize the attendee “welcome” and registration page located within Webex Events.

If you are hosting a webinar or webcast – you can customize the landing and registration page attendees see. You can even customize the color theme, upload a logo, background – and update speaker profiles. The tool lets users immediately preview the result on a desktop as on a mobile device. 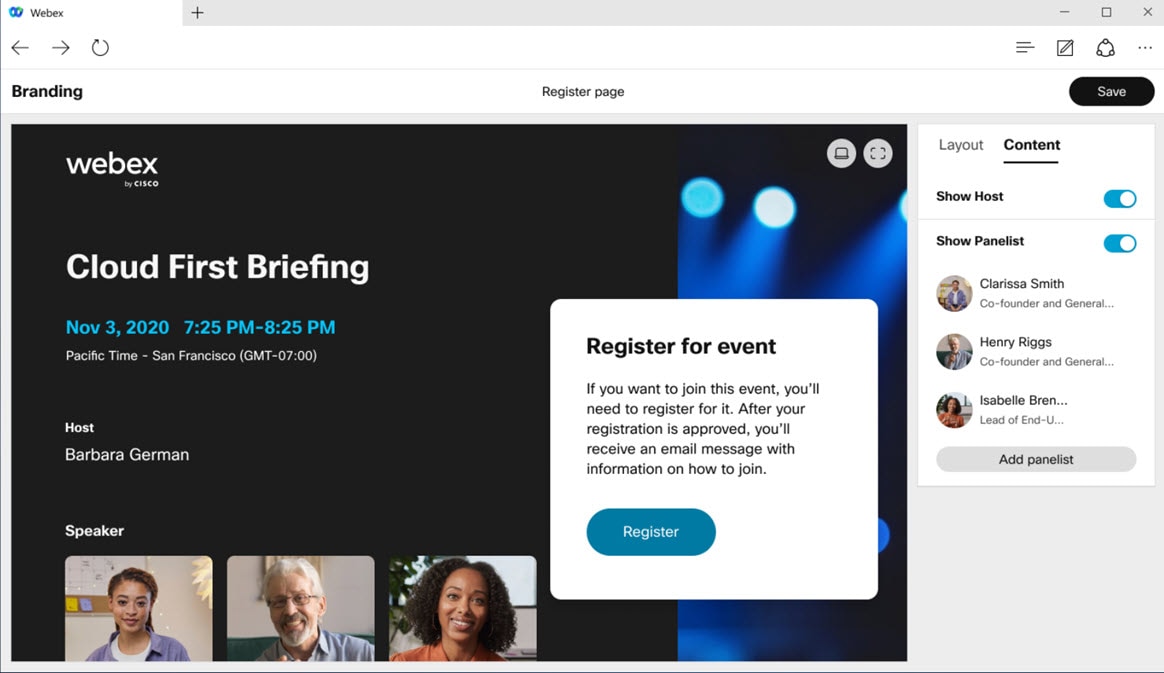 Cisco said that it would change the length of its meeting numbers for Webex Meetings, to 11 digits, noting that the change will impact the compatibility between the meetings app and VDI plugin.

“We recommend that you upgrade your VDI plugin to 41.6 or above to avoid compatibility issues,” Cisco wrote in a statement.

Cisco further announced several other updates to its popular video conferencing and collaboration platform. Let’s dive into them below.

Now available in beta, Webex administrators can convert their meetings sites to a control hub. Doing so allows them to manage users, Webex services, and licenses from a unified control hub. In doing so, they will also not lose any previous meeting data, including upcoming meetings, recordings, site settings, and user preferences.

If you are not a member of the Webex beta program – you can sign up to preview the feature as it rolls out in beta over the coming weeks. Learn more here at beta.webex.com.

Webex users can now move up to eight extra videos onto their virtual stage. Previously, that number was four. From within the Webex web app – the number is limited to six simultaneous video streams at a time, which means – if eight people are on stage, two of them display the profile picture. 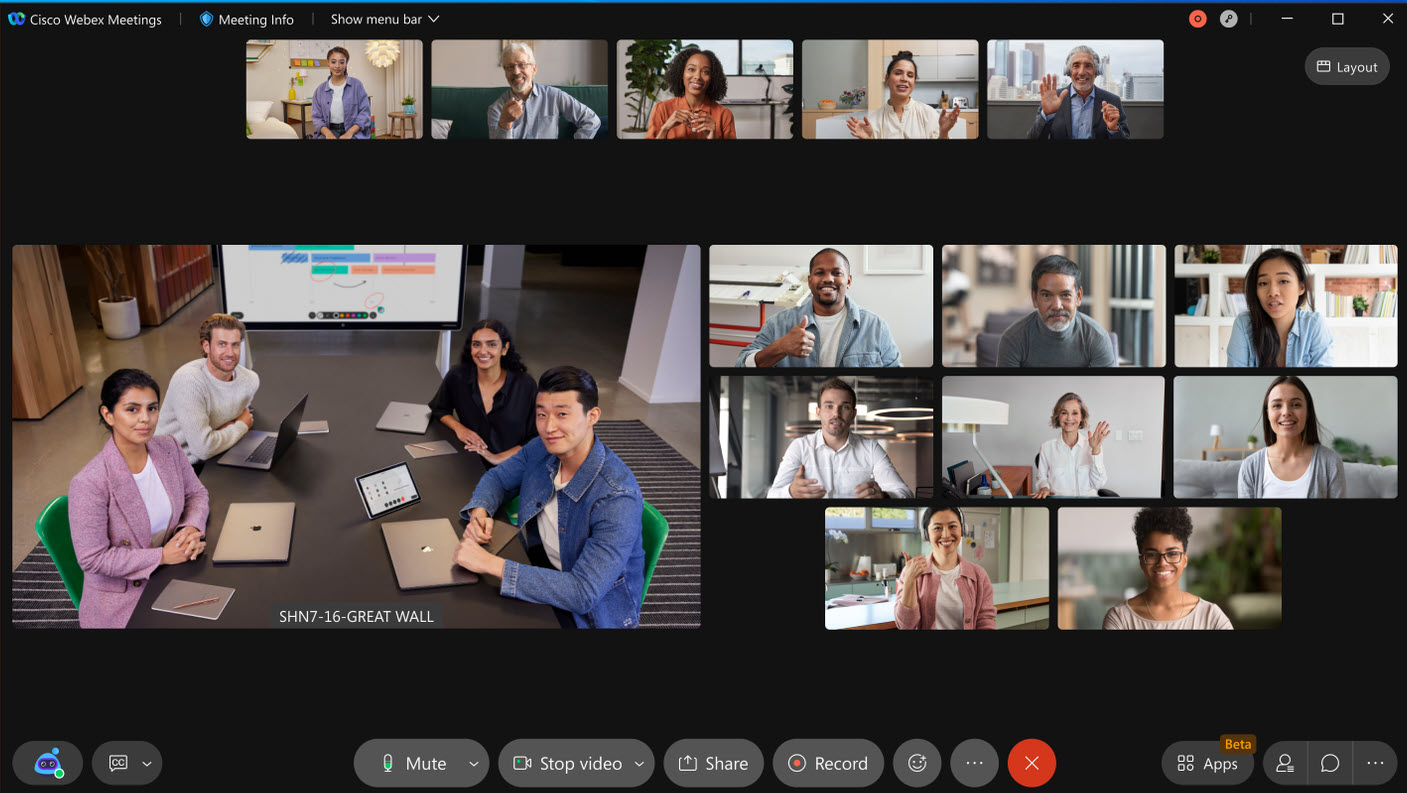 Increased number of videos get moved to the virtual stage

Within the Webex VDI app, users can display up to eight videos (including the speaker) on stage. The filmstrip, however, is limited to two videos.

Webex also launched a new beta version of what it calls a “much-improved audio-mute state management between for on-premises registered Webex devices and for the app.” Attempting to solve a fundamentally irritating problem within virtual meeting spaces – Webex is tackling the “dreaded double-mute situation.”

This is when a host on the Webex app tries to unmute a user on a video device who has also muted themselves using the mic button on their device.

“They will see a message to unmute themselves using DMTF – *6 commands and will also need to use the mic button to unmute,” Webex wrote in a statement.

The organization said that it wants to improve the (experience) so never shall a double-mute situation arises again. If you want to unmute a video device user, you can tap the mic button on your app’s participant list. Shortly after, Webex video devices receive a request to unmute themselves. Then they can choose to do so, and their status within Webex updates automatically to “unmute.”

Beginning with version 41.10, Webex will no longer extend support for file sharing for this version of Office, which is why upgrading to the latest version of Office or using screen sharing or application sharing – is warranted.

Cisco said that in January 2022, or during its (42.1) update, Cisco Webex; will officially end support for Windows operating systems earlier than Windows 10 – and the company recommends upgrading to the latest version of Windows.

Webex is expanding its Canadian toll free numbers, the ones available for PSTN customers. It says that it is also changing the label for the existing cities listed below starting on August 6, 2021.

There are also several integrations with Jira, Zendesk, and Box. For the full rundown on Cisco’s new and upcoming features, you can head over to its website or check out the blog post announcing many of the fresh capabilities, many now available in beta, or soon to be made available.

This time around, there are so many updates to the Webex platform that we could not list them all – but here are a few more critical ones that we feel you should know. 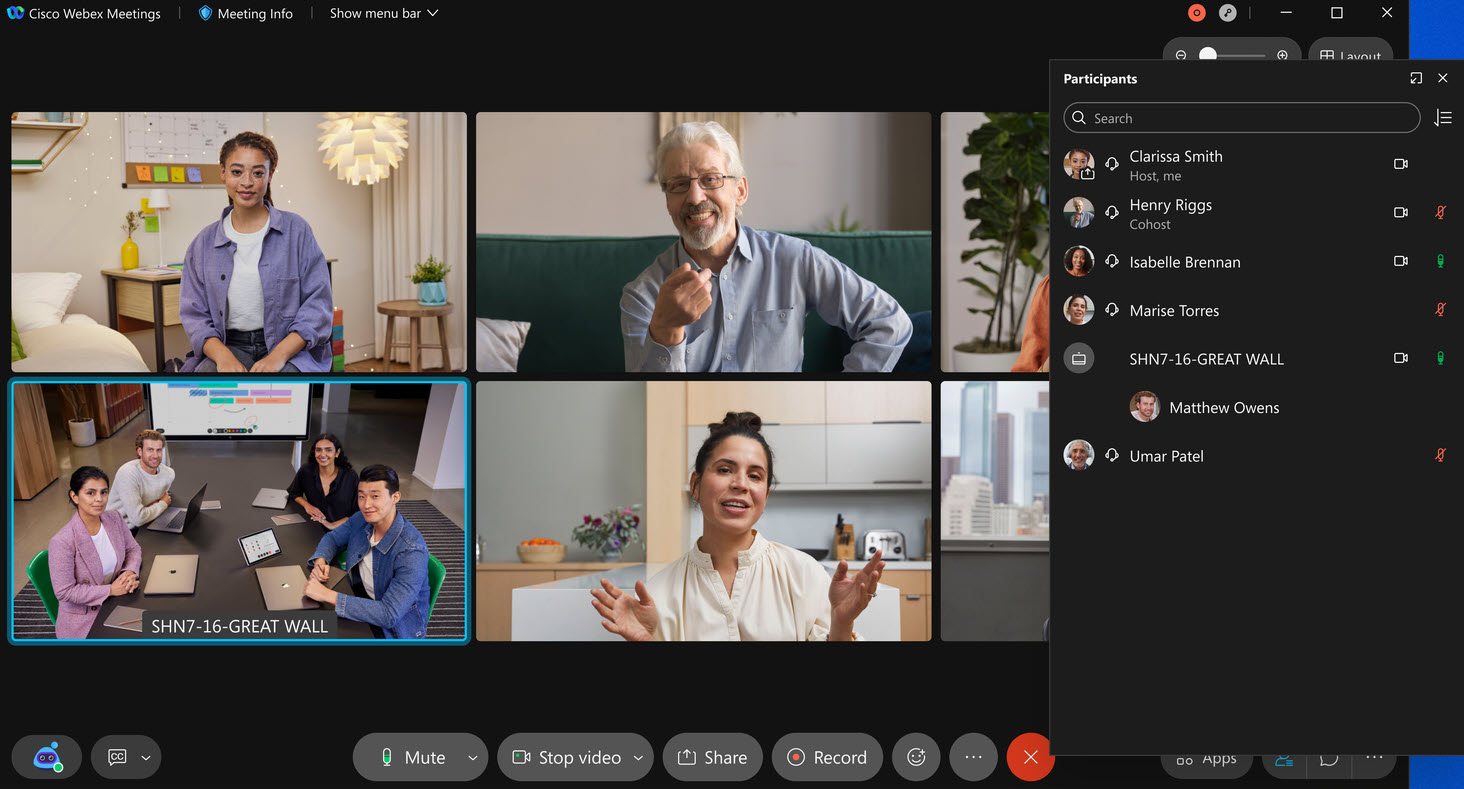 Webex users who leverage iOS devices are also in for a number of updates, including keyboard short optimizations and side-by-side mode for dial camera support. Android users are in store for more enhanced recording management tools and can resize their stage as well as content sharing.

We’re going through a period of great innovation and change in the UCC space, and these latest features, updates, and platform enhancements are very well proof of that notion.