Cloud contact center, Five9, is set to enhance authentication and fraud protection for its customers. This time – via a partnership with Pindrop: a technology firm that delivers security, identity, and intelligence, for voice – services. There are a few elements at play here.

For starters, you have the contact center ‘tussling’ with two challenges, more brazen cybercrime attempts, which are only expected to rise, according to nearly every reputable source.

There is also a component called increased call volumes, which Pindrop noted in a statement: “Threatens to impact the quality of customer experience across the industry.” As for the partnership details, ‘Pindrop’ offerings are now available on the Five9 CX Marketplace, technologies like Pindrop Protect, which extends real-time risk analysis on inbound customer calls. 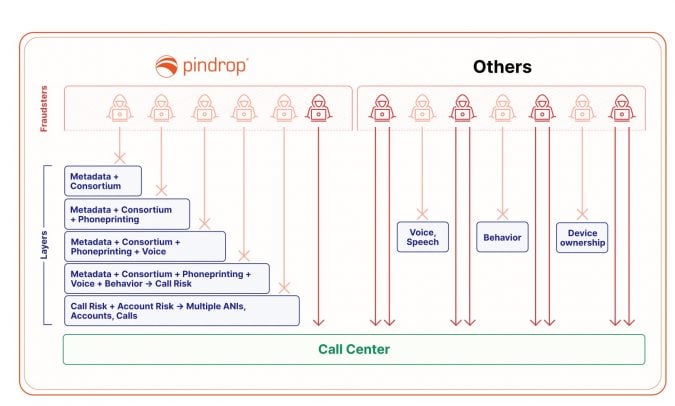 Further, the duo launched Interactive Voice Response (IVR) on the (Marketplace in the form of) monitoring and intelligent fraud analytics that deliver real-time risk updates. It can predict which accounts are at risk so users can take action accordingly.

When it comes to authentication – Pindrop Passport handles that component and aims to enhance the customer experience; via passive voice identification. ‘VeriCall,’ another functionality now available to Five9 customers that can analyze call metadata with machine learning – eventually establishing that a call is from the device that owns the number.

In that same statement, a spokesperson for Pindrop wrote: “This allows step-down authentication for customers (like removing knowledge-based security questions) while also detecting call spoofing to help protect against bad actors.” It is no surprise that Five9, one of the most innovative companies on the planet; and likely the world’s first-ever cloud-native contact center software developer, has stepped its game up so much in the recent partnership.

The Future of Voice Relies on High-Level Security

“Establishing the standard for identity, security, and intelligence for voice interactions already helps protect some of the biggest banks, insurers, and retailers in the world using patented technology that extracts intelligence from the calls and voices encountered.”

While this appears to be the express goal of the Five9-Pindrop partnership, taking on the mission of detecting fraudsters and authenticating “actual customers” is no small undertaking. The duo does note that: the reward can spell out a reduced risk of fraud and lower operational costs: all the while enhancing the customer experience (CX) and protecting brand reputation.

Contact centers and customers are both susceptible to fraud. There are all kinds of creative scams into a scammer’s ultimate goal – data, which are worth a ton of money if the ‘right’ data are accessed. This could be credit card information, social security numbers, or even more personal data.

In the hands of a bad actor, such data come with unlimited possibilities to reak havoc on the person it was stolen from. While the partnership between Five9 and Pindrop focuses on voice interactions, there is still one issue to address. We live in an omnichannel world, so to fully meet customers where they are – we need viable solutions to things like social media, chat/email-based fraud, too.

Cybercriminals are becoming more creative, as the graph above shows, and it is one that highlights the all-too-real nature of what contact centers face every day.

The survey found that fraud increased by 40 percent for firms that responded. An additional sixty-four percent of respondents from financial services organizations voiced concerns over fraud that originates in the contact center.

Furthermore, respondents made it clear that they no longer prefer agent-led authentication, with that figure falling 57 percent, bringing it to the lowest point since this survey began in 2018. An overwhelming 80 percent of respondents noted that they prefer completing authentication before reaching an agent. 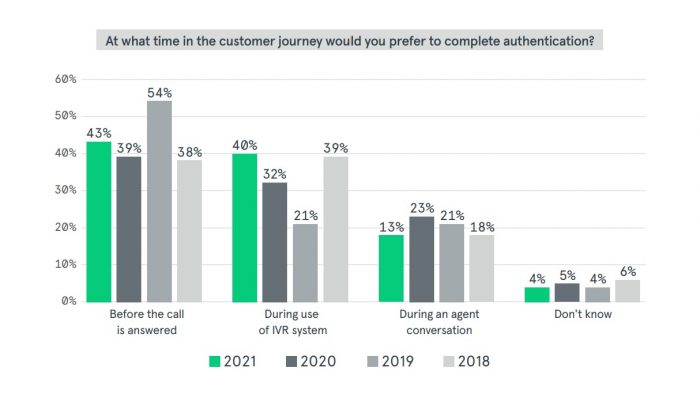 “This timing would minimize the potential for fraudsters to socially engineer agents into granting account access by mistake:” the report notes.

Somehow, rather incredibly, an apparent 90 percent of contact centers, according to Neustar’s 2021 Stat of Call Center Authentication report – aren’t complaint with measures that might mitigate such risks. Consequently, the authors of the report propose a novel solution – becoming STIR/SHAKEN-complainant. 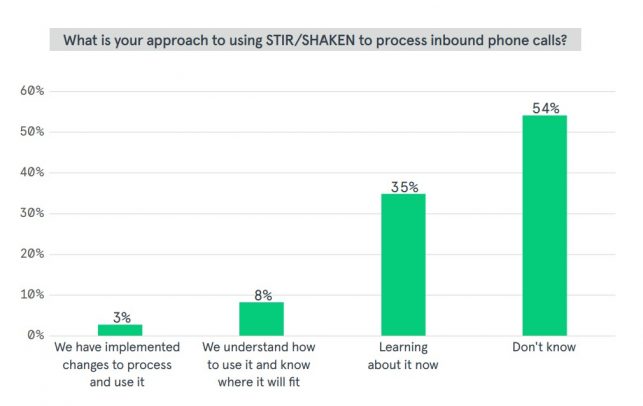 “It makes it more difficult to spoof calls; fraudsters are likely to adopt virtual call services to launch their attacks. Because these services place legitimate phone calls, they will receive high-quality attestations from the carrier that originates the calls.”

Vocal Fingerprints for the Win

Weighing all the potential risks contact centers face, there is, at least, some good news. Five9 will essentially expand Pindrop’s reach. It will now touch customers in sectors such as; retail, healthcare, and even higher education.

The partnership will also make Five9’s contact center customer base of over 2,000 some of the most secure contact centers on the globe, given the nature of the products offered by the duo. It does seem that Five9 is betting on vocal fingerprints being one layer in stopping? Mitigating? Ok – at least, reducing the potential for cyberattacks on contact centers?

Of course, they are not the first to do it – nor will they be the last, as other connect center software developers like Nice and Verint have similar offerings that also combat the threat posed by potential fraudsters. Five9 is no stranger to innovation and AI in the contact center, so we should expect mostly good things from this deal that for the most part – primarily benefit customers.