With the first significant investment from collaboration leaders Zoom and Cisco, it seems that interoperability finally earned its street credibility. It also now appears; that companies in the unified communications and collaboration space are today willing to put their money where their mouth is. Most importantly, where customers and end-users are/want to be.

The thought, onetime seen as a not-so-wise business determination, but the Pandemic, linked with more accessible workplace flexibility, all but ensured workers and customers would get what they wanted. According to Gartner, nearly 80% of workers; say they leverage collaboration tools for work in 2021 – a number, that also according to Gartner, rose from over half of workers in 2019.

That is an increase of 44% since the onset of the Coronavirus Pandemic alone. To put the icing on the cake – employees likely leverage more than one collaboration app, depending on who they chat with. 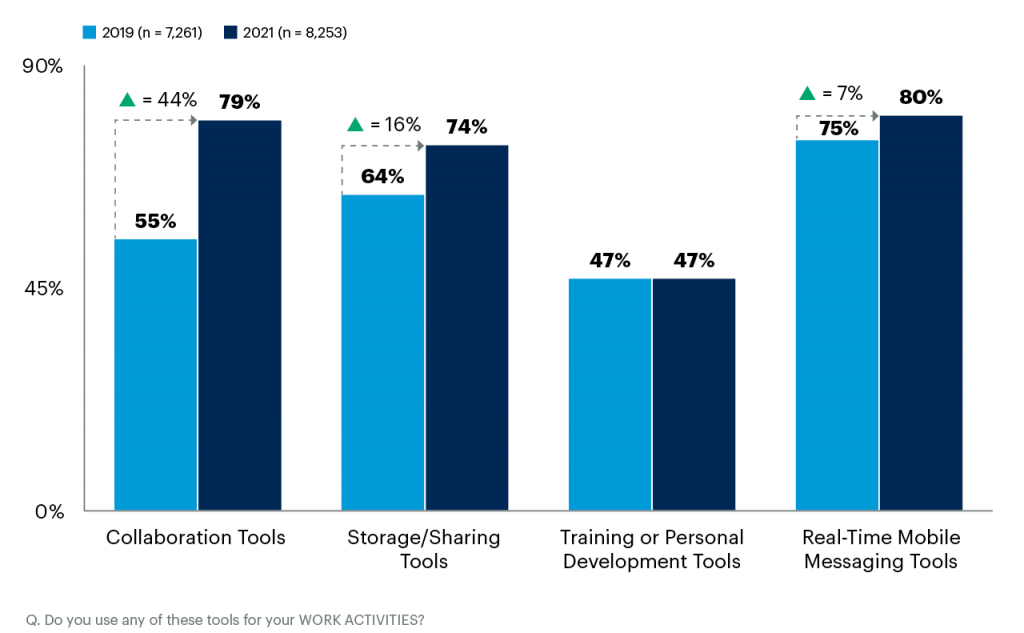 This means; lots of toggling back and forth and keeping track of conversations with customers and coworkers who use a combination of collaboration apps like Microsoft Teams, Slack, Webex, Zoom, etc.

Today, one of the few yet viable ways to interact with someone who does not use the same collaboration app as you is via Mio. I caught up with Mio Co-Founder and CEO, Tom Hadfield who told me: The way things operate currently; has to change.

For many years, Hadfield said, there remained much skepticism, hesitancy, even: Would the industry embrace platform openness? The Pandemic and work from measures are two elements that would eventually lead to companies flocking to embrace some form of platform cooperation.

It is, however, vital to mention that this issue predates the Pandemic – and even in the physical workplace, the problem existed. Breaking down collaboration silos remains a large part of Mio’s mission; one could contend the most critical.

Still, the status quo makes little sense. If collaboration app users don’t leverage more than one app to connect with others; or a third-party service like Mio, they cannot message users across multiple platforms. There is absolutely no comfort involved in the process, and it is rather clunky. Hadfield paints a vivid photo to drive the point home: 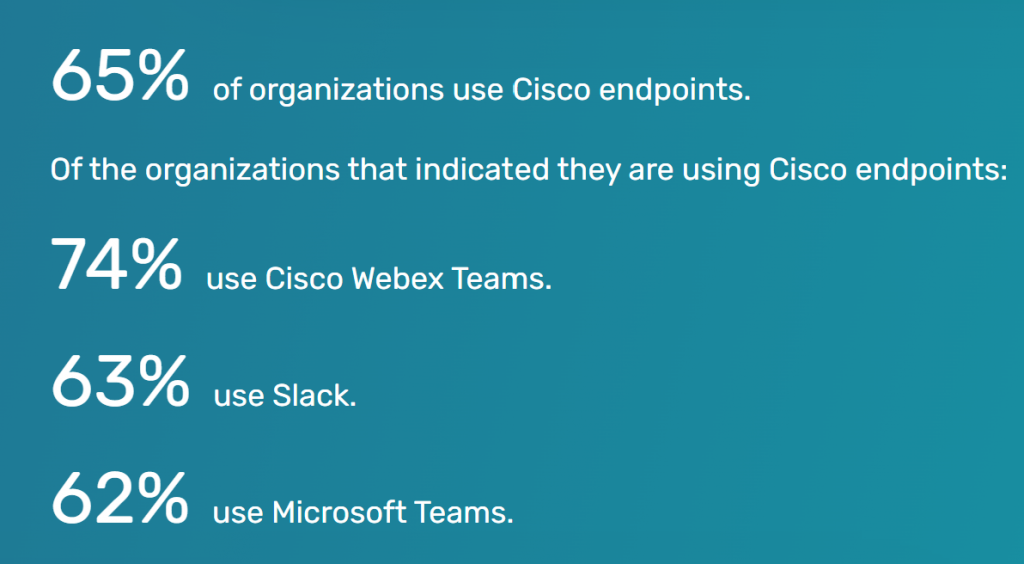 Hadfield told me in a recent sit down that the company is exploring adding support for Symphony, Google Chat, and Workplace from Meta. And they hope to resolve another pressing concern, ‘unified presence.’ They hope to make improvements to the synchronization issues surrounding presence status. 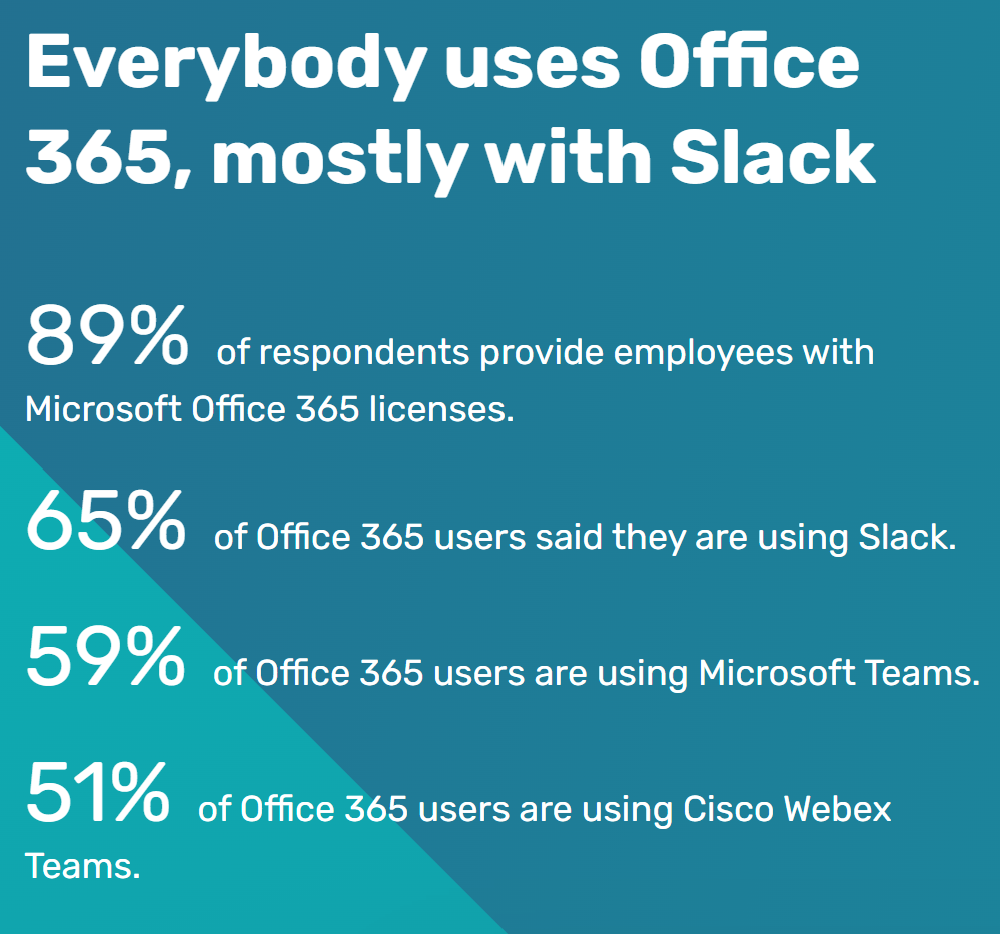 “When you set yourself as away in Zoom, you also want it to appear in Microsoft Teams.”

Most of Mio’s work gets done behind the scenes, with the service first configured by IT – then users can chat with those across collaboration apps like Zoom Chat, Microsoft Teams, Slack, and Webex by Cisco users. They can share files, react with emojis, and even delete files.

All the while, they never have to leave the platform they feel most comfortable using for seamless messaging across the above collab apps.

What Took so Long to Embrace Interop?

There have always been various waves of interoperability. Thirty years ago, that consisted of attempts to connect AOL Instant Messaging and Yahoo Messanger.

“That quickly failed, however, because standards bodies were unable to keep up with the rapid pace of innovation in the collaboration space.”

What worked to change this notion? Hadfield says ten years ago; when we saw a big push toward open standards like XMPP (Extensible Messaging and Presence Protocol) and SIP (Session Initiation Protocol). The real outlier in the story, what Hadfield calls a macro trend – the “APIzation of the world.” He further noted:

“The past few years have resulted in the maturity of many team collaboration app APIs, which truly enable truly seamless interoperability.”

Eventually, he notes, Cisco and Zoom caught on to growing customer trends; these folks use more than one workplace collaboration app to get work done.

“Once Cisco and Zoom saw that a third-party app like Mio could federate their existing APIs and deliver seamless interop to enterprise customers, at that point, it became a no-brainer for venders to get involved.”

And there are a lot of data that suggest employees use more than one collaboration app to communicate with teams internally/externally.

According to Mio’s State of Workplace Messaging Report, 2022, 91 percent of businesses use at least two messaging apps, with 3.3 being the average number of workplace chats apps used. What’s even more telling is that 66 percent of companies that use Microsoft Teams; also say they leverage Slack technology.

Austin Texas-based Mio, founded by Tom Hadfield and James Cundle in 2016, has to date raised $17 million from Zoom, Cisco, and Goldcrest Capital.

Eniac Ventures, Two Sigma Ventures, Khosla Ventures, Y Combinator, and Capital Factory are also investors, which led me to consider if Mio’s endgame was an eventual acquisition? Is it on the table? I posed this question to the man who runs the show, and he said:

“We’re focused on serving our customers now, but ultimately, we’re building a global telecommunications company that will deliver billions of messages per minute between companies all over the world using various messaging apps.”

The number of messages sent between two Slack users will become far smaller than that of Slack and non-Slack users, Hadfield tells me. As soon as customers and end-users realize they can communicate with anyone with no configuration required, Hadfield believes the commercial opportunity there is lucrative.

“We’ll see how it plays out,” he conclued.

As more UCC firms embrace interop, Mio’s chances of larger profit margins and potential for acquisition only significantly increase. And many analysts/industry insiders would agree with this sentiment as well. It will, indeed, be fascinating, to see how the story of Mio plays out.