I sat down with Jonathan Rosenberg, CTO, Five9, last August. During that interview, I wanted to get to the bottom of what made Five9’s cloud contact center platform and (an abundance of) APIs desirable to those who leverage the technology.

Hoping to unearth that, we had a great chat, which I wrote about in this article. During our time together, Rosenberg told me that cloud computing was primarily to blame for the company’s success. He also made a bold claim, which I later confirmed to be true. When I asked him: If Five9 was a part of any industry firsts? Rosenberg’s response: “I believe we were the first cloud contact center.”

Twenty years later, that still holds: and so does something else; another casual nugget Rosenberg dropped during that briefing last year. He said; he was one of the lead authors of SIP, otherwise known as Session Initiation Protocol, a signaling protocol designed for initiating, maintaining, modifying, and terminating real-time communications sessions between Internet Protocol (IP) devices.

At the time and presently: SIP was an evolution and (a much-needed) breakthrough in VoIP communications. It helped spearhead migration to the cloud, enable video communications, and even played a role in helping Apple realize FaceTime.

“I remember at the end of his keynote, Steve Jobs talked about SIP and that it helped them develop a (then new) feature, FaceTime.”

Twenty years have (now) passed since Rosenberg: and his team wrote the protocol, for which he does not receive any financial compensation. What SIP has done, according to Rosenberg and a quick LinkedIn Search, is create countless jobs – in the hundreds of thousands. I unpack this and a ton more during our thirty-minute sit-down when we explore the importance and future of SIP. 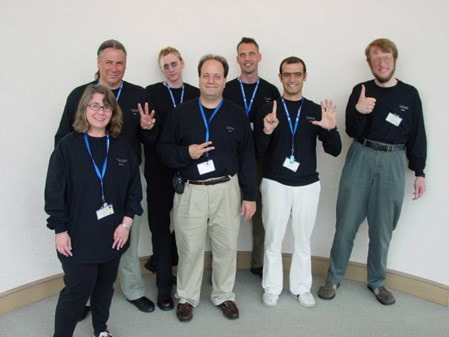 UCaaS, CCaaS, CPaaS, SIP Trunking, the SIP Hardphone, Session Border Control, and the IP PBX are direct results of SIP. They did not exist before Rosenberg and his team wrote the protocol.

Rosenberg told me that before the invention of SIP, the telephone network got built using telephone switches based on custom hardware. “These switches were made by a small set of vendors and were a completely verticalized solution from the physical networking layer to the application layer software.”

He said widespread adoption of IP networks made it possible to replace that hardware with general-purpose computers running SIP-based software applications. In the industry, this led to countless jobs getting created thanks to the newly-written SIP protocol. In addition to revolutionizing how we could now press a button and start a video call and just as easily switch to audio-only, SIP created tens of thousands of jobs.

“Too often people focus on how new technologies kill jobs, but SIP was the opposite,” Rosenberg told me.

Only one downside of SIP, according to Rosenberg, SIP helped to usher in the robocall, for which he said he feels incredible guilt. Looking on the greener side of the grass: STIR/SHAKEN standards were adopted to combat a slew of Robo and spam calls.

Things like digital signatures, as well as regulatory efforts of the United States government, were adopted to combat Robo and spam calls. While these efforts are not in vain, these calls persist hinting at work still to be done when it comes to reducing Robo and spam calls in the U.S., and Rosenberg acknowledged as much during our time together.

The Pandemic’s Impacts on SIP

While SIP has seen a lot of change over the past 20 years, none has been more seismic than the Coronavirus Pandemic. Cloud-based telephony and collaboration tools (pretty much) fueled the millions of folks who suddenly found themselves working remotely.

Simply put, SIP, enabled cloud meetings at scale and with security and ease of use for the end-user. “It became much better, more scalable, and accessible from anywhere in the world,” Rosenberg added. He said, if you had an IP PBX, you probably designed that system under the assumption that 80% of employees would remain in office. The remaining 20% would be remote, leading to network capacity issues once everyone went remote.

“This drove folks (to) quickly move to the cloud. If you connect via a cloud provider: you will have a higher quality and more reliable connection.”

According to Rosenberg, when his team wrote the protocol for SIP, it initially only made regular phone calls. “We wanted it to do something more, so we enabled video communications out of the gate.” Video communications have (all but) fueled the Pandemic as millions connect for work and pleasure via platforms like Slack, Microsoft Teams, Zoom, RingCentral, and Five9, as well.

I asked Rosenberg what he thought the future held for SIP? Would it ever become irrelevant? He responded: “No,” adding:

“It is our job to make it easier to do all this telecom stuff in public cloud environments and to take advantage of all the innovation in the area of public cloud services,” Rosenberg concluded. Rosenberg: along with fellow co-authors: Sparks, Peterson, Johnston, Mankin, Camarillo, and Schulzrinne, have made illustrious careers for themselves over the past twenty years.

They have also made countless contributions to the world of VoIP; and the way we work and communicate. These folks have developed some of the most widely-used technologies on the planet. They also happen to have done so with some of the most-sizable UCC players in the game.

Here is to another twenty years of SIP evolution. Here is to true game-changers.