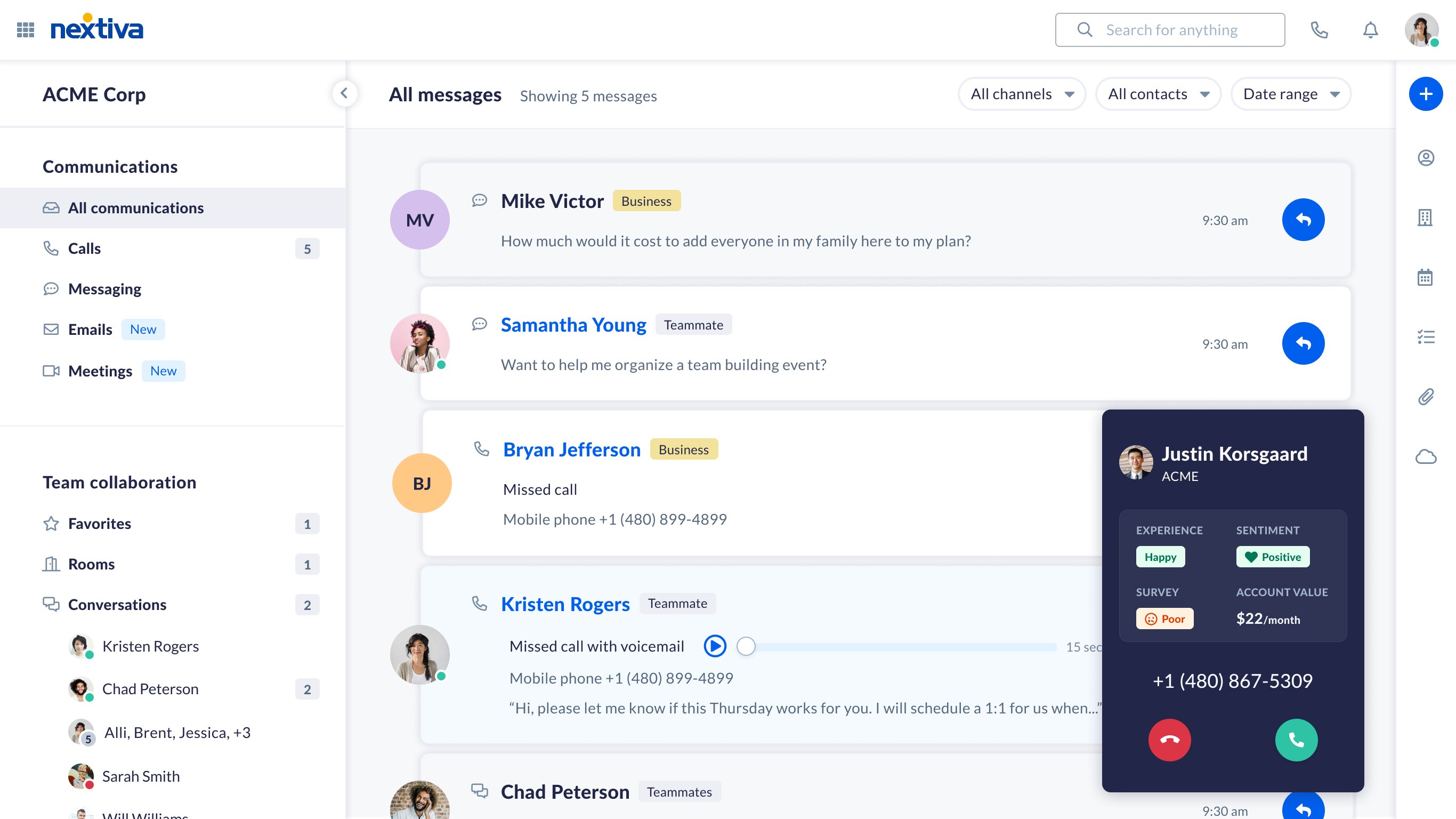 Today Nextiva launched a new collaboration system, a technology that it hopes will achieve the actual goal of unified communications. That is to say – unifying comms and offering context for all parties involved in workplace collaboration and customer communication.

Nextiva’s latest portfolio enhancement deemed ‘Workhub,’ brings together team collaboration and customer communication into a single pane of glass. And Chethan Visweswar, Head of Products, Engineering at Nextiva, told me all about it.

According to Visweswar, the company wants to boost employee productivity and customer engagement with the new offering. He believes that similar applications do not go far enough to address the real issue (at hand) – application overload and siloed data that organizations often fail to leverage to enact change. 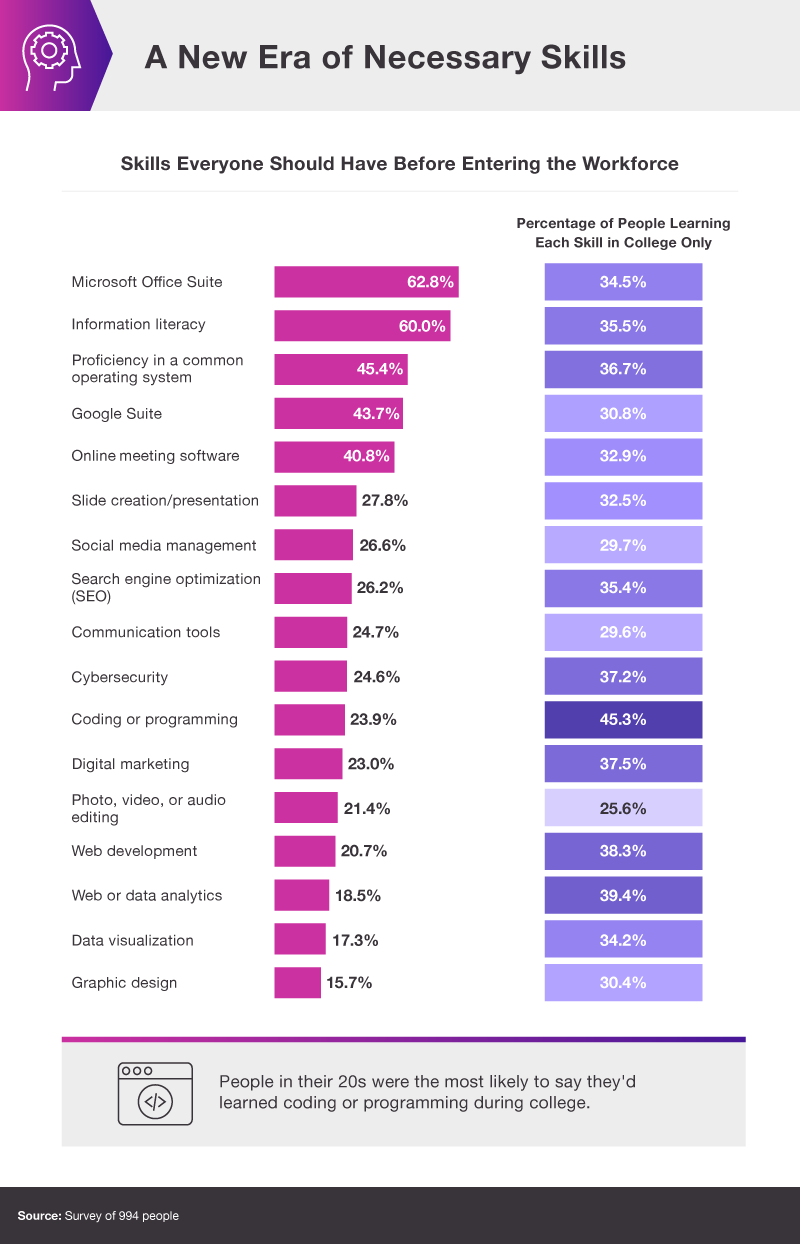 Could this lead to less productive workdays? Visweswar believes the answer to that is a resounding “yes,” but notes that it is only one of the downsides. However, he feels; that the firm has found the solution to this problem. He hopes its latest can eliminate what he calls expensive and clunky integrations.

Another principal issue, for over 20 years, software companies have built standalone applications to solve one problem at a time, which he said; “We find no longer works.” As such, data, he contends, live in silos, telling me:

“Data live in siloes, and conversations are disconnected from the rest of the business: further leading to a productivity drain.”

He also shared that integrations are expensive and complicated. They, therefore, do not adequately address workplace productivity.

With the company for over three years now, Visweswar spent time working on developing software applications like Zoosk, a popular dating app. He said this experience led him to join Nextiva, hoping he could help further the firm’s product development roadmap.

For the past six months, 3,000 customers have tested out “Workhub,” the offering Nextiva; today, announced in general availably. The launch system enables voice, text, email, and video meetings into a single view with contact management functionalities. 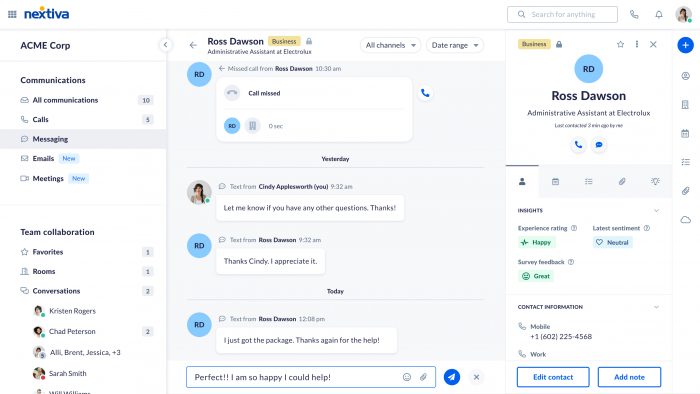 It even has basic analytics capabilities, something Visweswar said will become more robust and allow individuals and organizations to make technical adjustments – in the future. It comes equipped with several productivity tools: ones designed for file-sharing, taking notes on calls, and calendars. Furthermore, it has a suite of customer engagement tools like customer surveys and the kind designed for task automation.

Quite possibly, the most stand-out feature of the offering is its ability to provide context. Visweswar explains: “Team collaboration happens via apps like Slack, but email always seems to be involved. Really; it is ubiquitous.” He said that the matter that Nextiva wants to solve is unifying this experience and providing context to users. 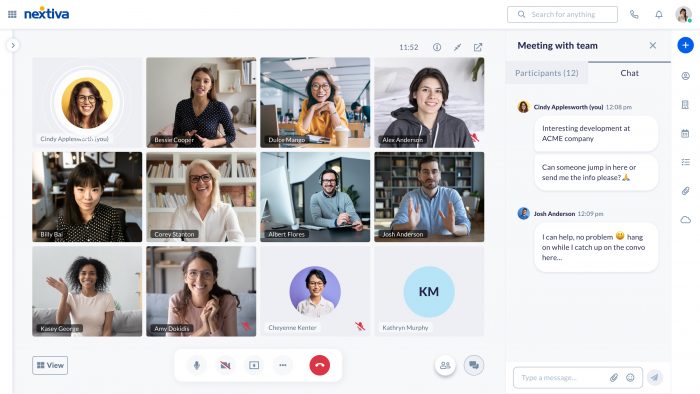 “Each collaboration tool is powerful for specific channels, but they don’t do well at preserving context for businesses,” he shared.

With Workhub, if a salesperson speaks with a customer or internal collaboration happens, those conversations get threaded, so context never gets lost, no matter the channel. And if a sales prospect sends an email and the respondent wishes to reply via text, they can do so and have the full context of the threaded message.

As soon as an employee moves away from a UCC platform to send a message, that conversation is typically not logged, and keeping a record of it is (all but) impossible; Visweswar believes what Nextiva is doing in this regard; is a game-changer as one never (realistically) has to leave the platform.

If you work in sales or even marketing, you likely have conversations with prospects. And you probably need to collaborate internally. Perhaps you’ve been on the receiving end of having not received something you’re promised following a call? This has happened to me tons of times, and Visweswar believes that this leads to countless missed opportunities.

“What we’ve launched is not about one tool extending a ton of communications features, it is really about the bigger picture.”

Presently, 3,000 customers already use the platform, and for them, it is about nixing the use of multiple apps, and being able to preserve as well as share contextual conversations with coworkers. He said it is also not all about saving money by consolidating apps. In meetings, things fall through the cracks, we’ve all been there before, trying to remember the action so and so said they’d send over following a call.

Was it in an email thread somewhere? It doesn’t matter, because it is lost. For as often as things get lost, Visweswar notes that there must be a way to avoid such an occurrence. With Nextiva’s latest, if you say you’re going to send a sales perspective a white paper, you can see that you said that – in black and white – no matter how you said you’d send it. 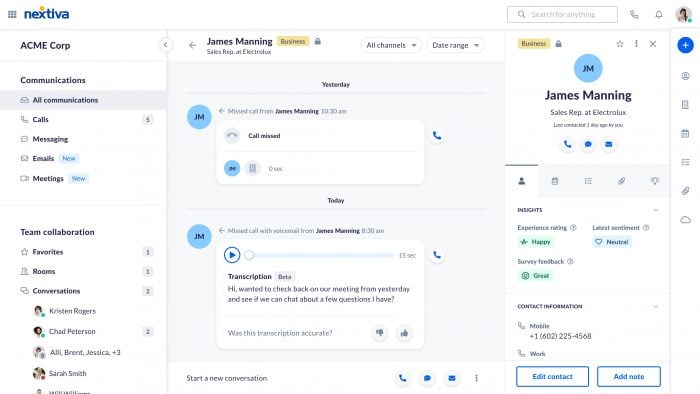 This works to eliminate any potential for misunderstandings or dropping the ball on something that could mean the difference between closing a sale and losing one worth a sizable amount of capital. Such robust capabilities, according to Visweswar are what set a good UCC system apart from the competition.

In the future, Nextiva plans to add more advanced analytics features that show users and organizations the next steps for optimizing the technology. Often, such technologies get underutilized – as the software’s capabilities don’t get fully realized by users.

It does, however, seem that Nextiva is on a mission to change that notion with the launch of Workhub, an offering with a mountain of potential to make employees more productive and customers more delighted.