Imagine; sensitive company information, data, etc., being sent via external apps like WhatsApp, Viber, etc. They don’t quite cut the cake (when it comes to) controlling that information. What Bandwidth is hoping; is that Direct Routing and Operator Connect for Microsoft Teams users will understand the value in that. 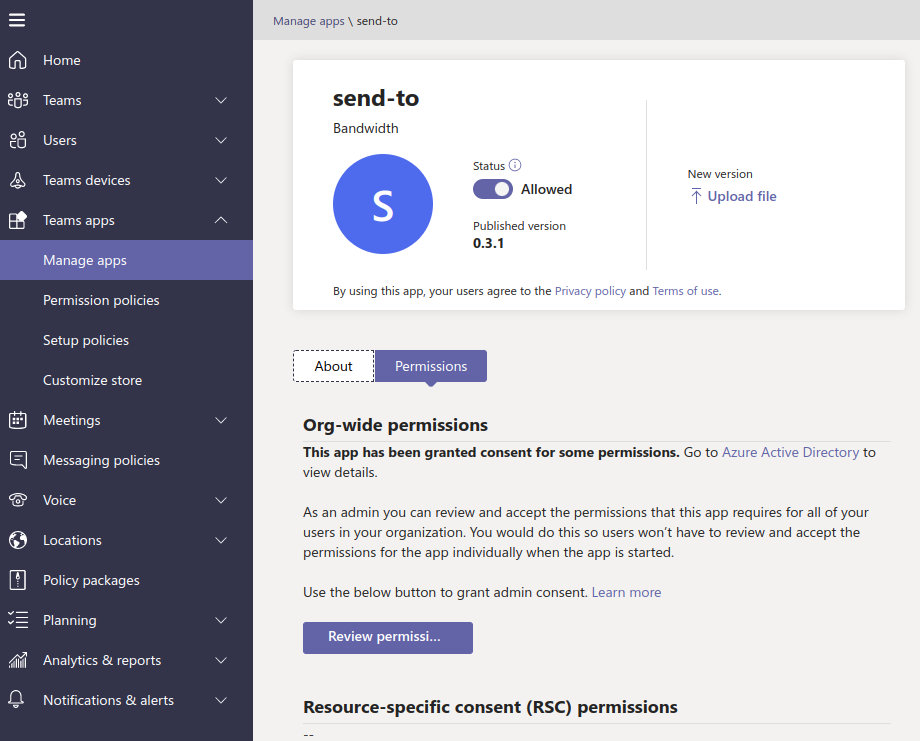 Not only is such an offering efficient, but it also enables employees to be continually productive, never having to toggle between apps to send a text message. And for members of IT teams across the world – it has to seem like somewhat of a godsend – one that extends a lot of enterprise value to any company that considers deployment.

According to a statement by the company, those individuals are set to reap countless benefits:

“For IT leaders, the new Send-To app can be installed quickly and deployed easily, in keeping with Bandwidth’s reputation for simplicity and customer satisfaction. As a result, Teams users can send SMS and MMS messages from within their Teams channels, on desktop or mobile, using a Bandwidth-provided phone number, which minimizes the need for context switching and increases efficiency.”

Likely the most sizable plus – it mitigates the security and governance issues that come with employees using personal devices for business messaging. 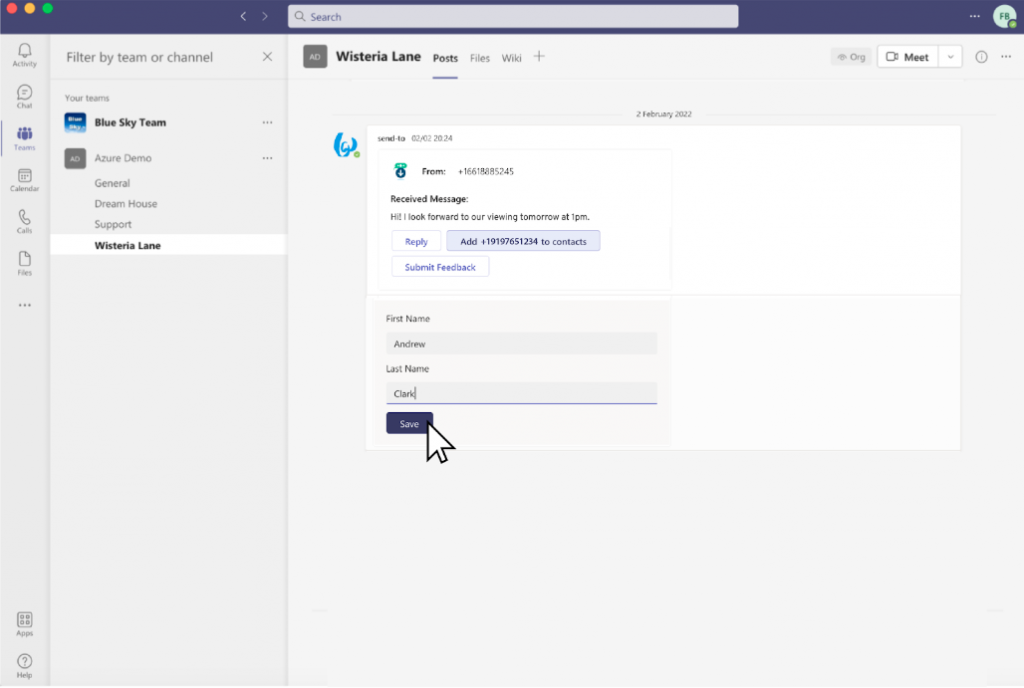 Further focusing on security and privacy, users can control how messages and contacts get retained via the Teams client. There’s a lot more to unpack about the offering now available for Bandwidth customers who leverage Microsoft Teams within the United States.

Beyond ‘Voice,’ e911 with a fresh Messaging App for Teams

In considering the goal of unified communications, Bandwidth has once more ascertained that it resides on the vanguard of innovation for Microsoft Teams offerings, giving the app powers far beyond what most might have imagined could be a potential enterprise use case.

This new app is no different, expanding Bandwidth’s Duet offering for Microsoft Teams beyond the core capabilities of voice and e911. This constructs a more authentic unified communications experience. ‘Send-To,’ is a part of a rich history of innovation of Microsoft Teams technology that attempts to uncomplicate many of the peculiarities of Microsoft Teams, which can get complicated in many instances.

This means the ability to replace legacy telecom carriers and most on-premises equipment with a lot less clunky all, IP-driven network.

A Customer Sees Success through Deployment

According to Bandwidth, it already has a sizable amount of deployments of its Send-To app in the U.S. But it had Camden Property Trust, a publicly traded real estate investment trust – as an early adapter of the technology.  The firm has to manage a fleet of 58,000+ apartment homes in more than 170 cities across the U.S. As such, it deployed Bandwidth’s Send-To app to enhance the speed and efficacy of its employee recruiting process.

According to the duo, the primary challenge – overcoming the limitations of traditional emails, which typically (yielded) a delayed response because folks looking for a job get busy. That, or they already have a job and work during the day.

Phone calls – they say, forget about it, they were hardly ever answered. “This created friction in the recruiting process and stretched out the time to hire,” Bandwidth wrote in a statement. Accordingly, Camden’s talent acquisition team tried Bandwidth’s Send-To app to send text messages to candidates through Teams instead.

“The result: the time recruiters have spent coordinating interviews has been shortened from two days to as little as two minutes, all orchestrated from within the Teams interface.” Bandwidth wrote.

In the end, Allison Dunavant, Vice President of Organization Development at Camden: notes that the high open and response rates of text messaging enabled recruiters to reach prospective employees much quicker than if they’d done it through traditional recruiting methods.

“We’ve been able to bring on new employees much more efficiently and streamline our recruiting communications into a single, more effective channel,” Dunavant said.

Bandwidth also had a Solid Second-Quarter

Exceeding guidance expectations was not in Q2, Bandwidth also earned the business of a top U.S. bank. No details of the deal got disclosed: other than we know that the bank is one of the largest issuers of Visa and Mastercard credit cards in the U.S. It migrated one of its business unit’s contact centers to Bandwidth.

“Furthermore, a company that provides technology support for state credit unions chose Five9 and Bandwidth to modernize its contact center,” Bandwidth wrote in a statement.

And one of the largest and fastest-growing text messaging commerce companies selected Bandwidth – looking to scale operations and leverage its APIs. Bandwidth also earned global accreditation from ISO for security in North America. An even greater feat, Bandwidth is the only global cloud communications platform to achieve said accreditation.