Times have not always been easy for Avaya; from financial troubles to chapter 11 bankruptcy, customers and employees have faced much uncertainty. Most recently, this was actualized in the form of layoffs at the firm, with the former legacy provider losing top talent due to financial woes.

A few months after that: and with a new CEO installed at the helm, it seems that each of Avaya’s over 90,000 global customers wants to know how Alan Masarek, the company’s new CEO, will handle the firm’s shaky financial situation – which some speculate could lead to another Chapter 11 filing.

Following the ousting of former Chief Executive Jim Chirico, Masarek recently gave an update on what its enterprise and government customers might expect regarding the company’s product roadmap. Helping to craft that future roadmap – Masarek says, customer feedback, which he notes:

“Has been integral to our roadmap planning, and what we hear loudest is that customers want to innovate at their pace; to innovate on top of their solid foundations.”

In addition to the promise of delivering over 300 fresh features and product enhancements in 2023 – Masarek says that the firm is to become more customer-centric, adding in a recent blog post:

“Customers are our reason to be. We only exist because of our customers, so servicing them well, working well with them, and working well with one another will always be key to our success. We will listen carefully to the “voice of the customer,” and as such, we will always have an overtly “outside-in” orientation.”

Hoping to Deliver on the Promise of Innovation

With many of its customers still leveraging on-premises technology, many governments and other private companies with communication and contact center solutions – remain reluctant to switch over to the cloud.

The fact of the matter is, they feel secure knowing where their comms physically reside, although it may not be the most efficient move on their part – it is the nature of the beast – especially as it puts some folks more at ease. Yet, according to Masarek:

“Almost all these enterprises are at some stage of a cloud journey, although they need to move at a pace and path that fits their business needs.” 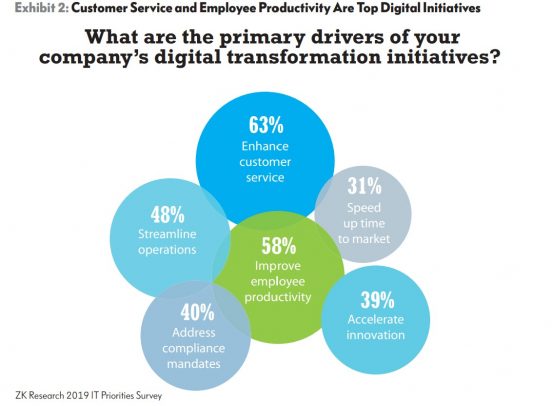 That pace may not be quick enough, however. One catalyst for change, though – is the Coronavirus pandemic, which forced (the hands of) many organizational leaders to switch purely to the cloud. These folks were previously massive believers in legacy technology.

According to Masarek, while many of Avaya’s customers are not ready to make the switch, they at least acknowledge that they would benefit handsomely from new communications capabilities delivered via the cloud.

While cloud migration seems slow, Masarek added that it is crucial to help these customers adopt innovative new functionality without; creating business disruption. He said; that features and capabilities like voice voice-only augmentation features – in the contact center are continually sought after.

And, he says, many have taken on new contact center functionality – in the form of digital channels like chat, text, and social.

Speaking of the importance of pace and adopting cloud technologies as customers see fit – Masarek says that the Avaya product team collectively took a step back to determine how to best give customers the capabilities they need to make the cloud journey at their pace.

He said; the overarching and overwhelming consensus: is that simplicity is necessary, something he notes carried over to Avaya’s product naming, where the firm now takes a more straightforward approach. So, Avaya’s CCaaS offering, formerly known as “Avaya OneCloud CCaaS,” is now: the Avaya Experience Platform, and Avaya OneCloud Private is now known as Avaya Enterprise Cloud.

“This represents how it will be our going-forward innovation engine for a converged unified client and contact center platform.”

Further regarding product roadmaps: Masarek said the firm; will put more time and resources into The Avaya Experience Platform, which he calls the centerpiece of Avaya’s cloud strategy.

Customer and employee experiences are increasingly converging, something we’ve seen happen as expectations continue to develop. Masarek says; because of this, UC and the contact center must unite – to build the best possible experience.

“Our investments include the cloud services we make available for a hybrid environment, such as AI noise removal that can get deployed over the top of existing systems.” 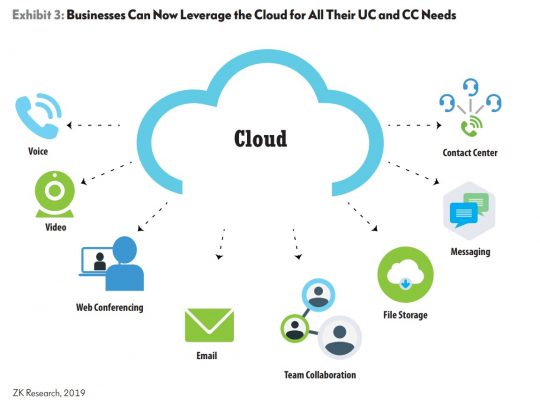 As it stands, Masarek believes that the firm will continue updating its UCaaS capabilities for Avaya Cloud Office along with optimizing and securing its core software. Masarek wrote in a blog post that the company plans to add to its UC and device capabilities. This includes some compatibility with the Avaya Cloud Office ecosystem and wifi phones.

Can it be Accomplished?

After a relatively rough start to his tenure, filled with layoffs and cutbacks it seems that at least Masarek has a clear vision (as to) how to turn the company around. The hope is that – it can be done. It will not, however, be a small undertaking, but I do believe a possible one.

Avaya has a rich history of customers sticking by; during thick and thin. But for its cloud sector to truly thrive, it seems the same narrative is in order: they must convince more legacy folks to make the switch over to the cloud – for the sake of future-proofing businesses.

There remains plenty of work to be done, but the task is certainly not impossible. What remains to (be) seen is just how smoothly Masarek can rally the troops – so to speak, and put the firm back on a path to success and hopefully avoid any further financial woes.

All in all, the board of directors and Masarek hope that the cost-cutting efforts (put in place) in 2022 will be enough to start 2023 anew.

Overcoming having cut between $225 and $250 million a few months ago: Avaya’s third-quarter earnings were still down 20%; when compared year-over-year, reaching $577 million. With seemingly a lot to overcome, Avaya also still has a sizable amount of debt, having borrowed $600 million in June 2023.