The internet has been around for nearly 40 years with new computers logging on every day. Those devices, which include mobile phones, need unique IP addresses taken from the domain name system (DNS) in order to differentiate them from other computers and to communicate with one another. But when the internet was created, it was built to only hold a certain amount of IP addresses. Enter IPv6.

In this article, we’ll discuss why IPv6 (internet protocol version 6) is so important for the internet. We’ll cover the following sections: 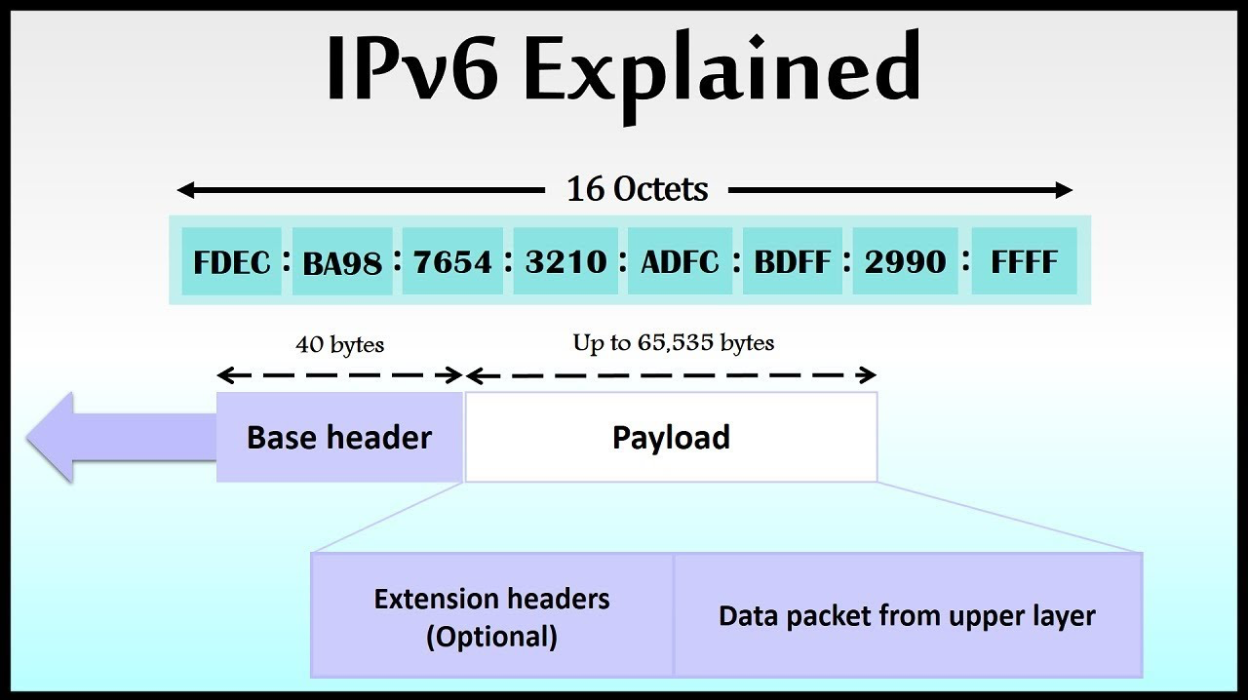 IPv6 is the newest and most improved version of the IP created by the internet engineering task force (IETF). IP (Internet Protocol) is an essential protocol for networks and is responsible for identifying each machine on the network via a unique address (IP address). Data packets are routed from their source to their destination machine by this method.

In the same way that U.S. citizens may be identified by their Social Security number, every machine on the Internet has a unique address. In theory, the Internet can hold only 4.3 billion machines. Enter IPv6, or IPng (IP new generation), a version of Internet protocol that is ready to be deployed across the entire Internet and networks.

IPv6 protocol solves the problem of address allocation limitation, bringing improved security and auto-configuration on routers, along with other innovations. IPv6 addresses consist of 128-bit hexadecimal digits, allowing for a vast increase in the number of machines that the Internet would handle. Specifically, the number would be 2 raised to the power of 128  — which will accommodate much more than the previous 4.3 billion (about 3.4 x 10^38 total).

IPv4 vs. IPv6 – What are the Differences?

IP addresses are a necessary component for internet-enabled devices. IP addresses are how these devices communicate with each other. They act as identifiers for specific machines on a particular network and allow for developing connections between a communication destination and source. At this point in time, internet service providers offer two versions of IP addresses — IPv4 and IPv6. Here’s a breakdown of the difference between these two types of IP addresses.

IPv4 (internet protocol version 4) was the first version of IP developed in the 1980s. As Avast states,  An IPv4 address is made up of four numbers, each ranging from 0 to 255, which are separated by periods. When the internet was first created, it was necessary to know a website’s IP address in order to navigate to it.

IP addresses don’t hold the same amount of significance as they used to, but they’re still necessary today. The IPv4 uses a 32-bit address scheme allowing it to store more than 4 billion addresses. IPv4 carries the majority of internet traffic.

Unfortunately, in the early days of IP, many IP addresses were sold to companies that underutilized them, which placed them in an idle limbo. Others have been devoted to purposes such as research and technology with the remaining addresses dwindling. Because of that, the internet has been running out of IP addresses since the 1990s.

IPv6 was introduced in the 1990s to compensate for IPv4’s limitations and eventually replace it altogether. This new version of the internet protocol brings more functionality and IP addresses. Here’s a specific breakdown of the differences between IPv4 and IPv6.

Speed — According to Sucuri, IPv4 and IPv6 actually are pretty comparable when it comes to speed. IPv4 even occasionally won the test. But Avast theorizes that is because IPv4 is simply more mature and optimized since it’s been around longer. So by that logic, the next generation internet protocol should get faster with time.

Security — This is where IPv6 has a leg-up for being the newer version of IP. It was built with internet protocol security (IPSec) in mind. IPv6 uses various security protocols for security, authentication, and data integrity. This can be manually implemented into IPv4. While it’s no firewall, security is already built right into IPv6. That makes it the more secure model.

What are the Benefits of IPv6?

As it allows for an increased number of IP addresses, IPv6 offers a multitude of benefits over IPv4. But those network addresses aren’t the only advantage to IPv6. Here are some other benefits and enhancements to expect.

Efficient routing — As Network Computing states, IPv6 reduces the size of routing tables. This makes routing more efficient and hierarchical. The site goes on to state, “IPv6 allows ISPs to aggregate the prefixes of their customers’ networks into a single prefix and announce this one prefix to the IPv6 Internet.”

Simpler network configuration — Stateless address autoconfiguration is built into IPv6. That means that the host can generate its own IP address, making it simple to set up your network and bringing down the cost of IPv6 deployment. IPv4 requires DHCP to configure MAC addresses on operating systems. But that additional process is no longer needed.

More mobility — According to Wisdom Plexus, IPv6 avoids triangular routing. That means that a IPv6 network connection is sent to a proxy system before it is transferred to the final destination. That means the host can move around between different links without losing a connection to its IP address.

Directed data flows — IPv6 supports a multicast data flow instead of a broadcast flow. That means data packets that take up a lot of bandwidth can be sent to multiple destinations all at once. IPv6 connectivity will save you network bandwidth overall.

Network Address Translation (NAT) translates IP addresses of computers in a local network to one single IP address. NAT is typically used to limit the number of IP addresses an organization uses for security purposes. NAT is a necessary component of IPv4, due to the shortage of internet addresses. But since IPv6 supports a near limitless amount of IP addresses, NAT is no longer necessary.

According to IPv6, it’s a common misconception that the lack of NAT in IPv6 means that it is less secure than IPv4. NAT does offer a small level of security by obscuring the internal addresses of hosts. So it can prevent random attacks from hackers but doesn’t protect hosts from skilled hackers. But since IPv6 has a high level of security features built-in, NAT is simply unnecessary.

As the momentum of business VoIP grows significantly, the exhaustion of address space is becoming a definite concern. The institution of the IPv6 addressing scheme, along with improvements upon various other issues such as quality of service, will help VoIP to become a global staple of communication. Currently, users of IPv4-based IP networks will occasionally face latency, jitter, and/or echo as a result of lost packets or delays over the network.

IPv6 is poised to amend these issues by adhering to a set of service requirements, guaranteed to deliver optimum performance while transporting traffic (including voice) over the network. These advancements, in conjunction with the expansion of traffic capacity mentioned above, stand to improve and enhance the reliability of VoIP – ultimately creating cost-efficient, high quality calls, and revolutionizing telephony infrastructure.

No. Both of them can run in parallel with one another. Here are some tips on migrating to IPv6.

This is highly unlikely. IPv6 can support trillions of internet devices, which should be more than enough for the near future.

IPv6 has been around for longer than you realize, meaning that your computer and mobile device likely already support it.

You'll need to obtain a new IPv6 address from your Regional Internet Registry. Then you can run your existing space in a IPv4-IPv6 dual-stack environment, typically done with the help of Ethernet.

Most VPNs do not offer IPv6 support yet.

Brynne Ramella
Brynne Ramella is a Chicago-based content creator who uses her writing to relate to her audience on a personal level. Her work has been featured on G2, College Greenlight, Screen Rant, CBR and The Playlist. She has more than five years writing...
More posts from this author