What is a CLEC?

As Bandwidth writes, there are nearly 15,000 of these carriers in the US. They account for about 20 – 25% of the nations’ terminated telephone lines. In this article, we’ll share everything you need to know about CLECS. We’ll cover the following sections:

The History of CLECs

The telecommunications act of 1996 had provisions in it designed to spark competition between local and long-distance telephone carriers. The telecom act divided the landscape of telephone competition into Incumbent Local Exchange Carriers—the traditional phone companies and CLECs. These carriers were given special access to the ILEC’s equipment, particularly their phone lines, in order to bring prices down for consumers, increasing competition.

When the legislation was first passed, the ILECs fought it tooth and nail, arguing that they were subsidizing their competition. They refused to honor the act, and successfully drove many of their competitors out of business. But the courts upheld the ruling, and the FCC strengthened the language in further legislation.

Current law states that ILECs must lease available space to them. If they claim that there is no room in their central office, they must show the carrier the central office itself; furthermore, obsolete equipment must be disposed of in order to keep room available for local phone service providers.

Why You Should Consider Becoming a CLEC 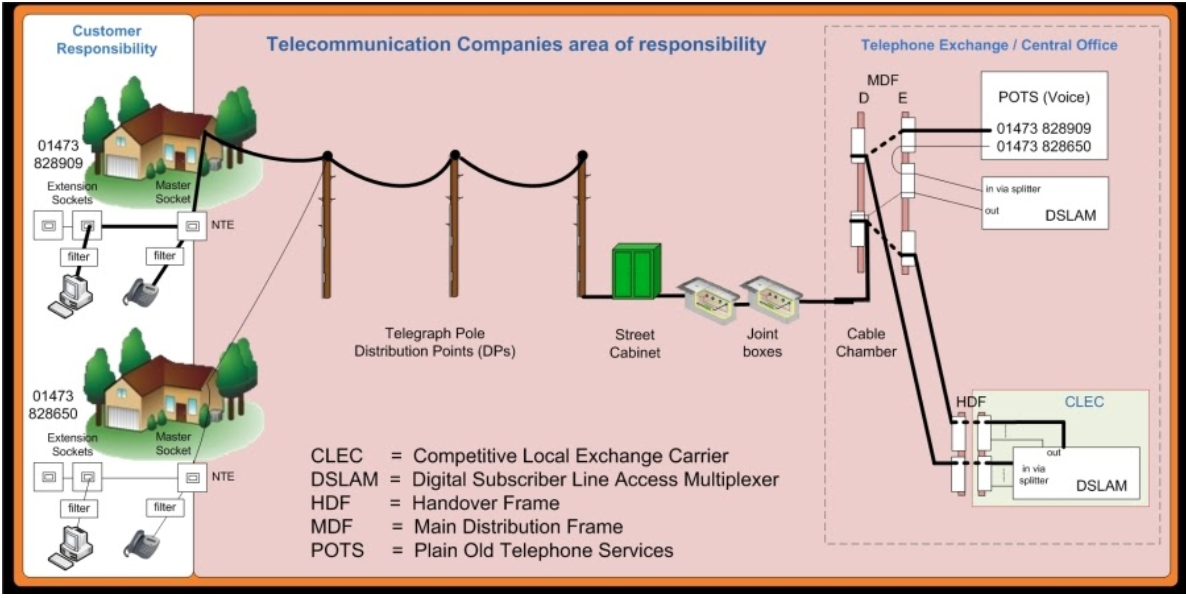 Many ISPs have expanded their business to become CLECs, including XO communications, Windstream, BullsEye Telecom, and Level(3), to name just a few. Many ISPs actually save money by becoming competitive local exchange carriers. Not only that, but ISPs are able to offer more services for end-users, including VoIP, by becoming a CLEC. ISPs can repurpose existing modem banks or buy new ones that are capable of external call control.

Becoming one of these carriers also offers businesses access to UNEs. As Bandwidth writes, these are “unbundled network services, such as network switches, colocation, phone and fiber lines and loops was another requirement of the Telecommunications Act.” ILECs are typically required to offer these services at a discount for these carriers. These telephone service providers can also become resellers.

In order to begin the process, the ISP sends a negotiation letter to the ILEC, sometimes with a fee, which begins a 135-day period for the two to negotiate with each other. After 135 days, if they have not reached an agreement, arbitration begins.

In a mid-point fiber meet, both the ILEC and CLEC build their own fiber optic cable to meet in the middle. The fiber is then spliced together. On occasion, the ILEC will connect the fiber because it is sometimes more trouble to splice the fiber than making the connection. In a leased facilities situation, the ISP builds an endpoint fiber meet for terminating its own traffic on its own network, which the carrier leases back to the ISP.

The ISP is responsible for a number of aspects of the service, including the physical hardware and the power to supply them. It must handle security for their new equipment, including fire safety.

While an ISP is expected to be 99.9% reliable, a CLEC is expected to have 99.999% reliability. It must pay the proper fees, both to the government and to the ILEC. It must block out phone numbers. It must set up trunks to exchange local and long distance phone traffic between itself and the carrier.

What is the Difference Between a ILEC and CLEC

An Incumbent Local Exchange Carrier, also known as an ILEC, is a local telecommunications provider According to DifferenceBetween, ILECs own the majority of the loops and facilities in the area they service. CLECs are an alternate option for service as they are a combination of new competitors in the field.

Conclusion: Becoming a CLEC is an Efficient Way to Expand Your Business

Becoming a CLEC is no easy task. But ISPs already have many of the prerequisite equipment to make it possible. Often, even though there are fees and a lot of work, the benefits of becoming a CLEC outweigh the costs in less than a year. A CLEC can make money selling phone service to new subscribers, including other CLECs.

The process varies from state-to-state and can be quite complex in certain states. But no matter the state in which you reside, the first step is to file for a CLEC license from the State Public Utilities Commission within your operational area. You will then receive a list of service costs or Tariff Charges.
By law, the Public Utilities Commission must approve or deny a CLEC application within 60 days from when it is filed. That deadline can be extended in certain circumstances.
Assuming all the necessary documents have been received, an application and subsequent tariff should be approved within 1-2 months.
Join over 100,000 professionals improving their bottom line.
We'll email you twice a month with our actionable tips, and industry trends fueling business growth, so feel free to sign up.

Brynne Ramella
Brynne Ramella is a Chicago-based content creator who uses her writing to relate to her audience on a personal level. Her work has been featured on G2, College Greenlight, Screen Rant, CBR and The Playlist. She has more than five years writing...
More posts from this author