What is SIP Trunking and How Can It Benefit My Business? 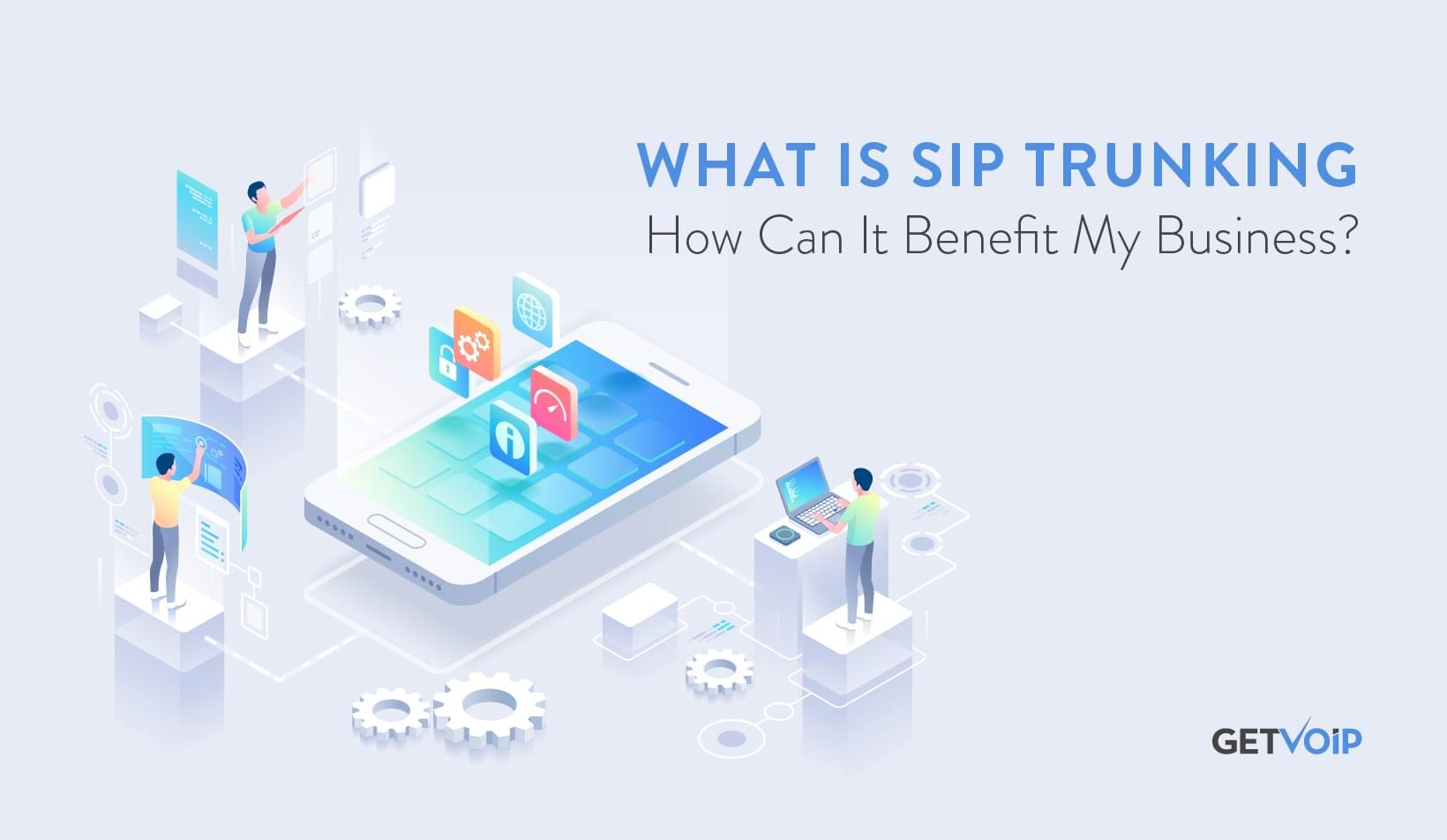 SIP trunking allows companies to use a telephone PBX for sending and receiving calls over the Internet instead of the standard Public Switched Telephone Network (PSTN). Installing SIP trunking modifies a Private Branch Exchange (PBX) box so it gains VoIP capabilities. However, SIP can handle more than just voice calls, including text messages, images, and video calls, making it suitable as a step into a company investing in unified communications.

With 70% of customers saying that companies with connected processes are essential to winning their business, investing in SIP trunking solutions can’t be ignored. That’s why we’ve put together a guide for SIP trunking explained as part of modern business phone systems.

Session Initiation Protocol (SIP) is a technology standard for performing multimedia communication sessions over IP (Internet Protocol) networks. SIP and VoIP are sometimes used interchangeably but they aren’t the same thing. VoIP – Voice Over Internet Protocol – is a blanket term used to cover any voice calls taking place over the Internet. Voice over IP uses protocol technologies to achieve this and SIP is one protocol that enables VoIP.

Before SIP options became popular, voice calls were made with telephones over the Public Switched Telephone Network (PSTN), a network of copper phone lines. Again, SIP sends its signals over the Internet and SIP trunking works with a SIP-enabled PBX, eliminating the need for traditional telephone lines or the need to know what is PRI and its role in your network.

Whereas the term “trunk” traditionally refers to a physical line when discussing the copper line business phone system, SIP trunks are virtual phone lines that may occupy a certain amount of bandwidth on a data line. SIP relies on a packet switch network where calls are split into digital packets that are transmitted over the Internet. SIP trunks support SIP channels and a SIP channel is equal to one incoming or outgoing call.

SIP trunks can host an unlimited number of channels – whatever your business has the bandwidth for. Fortunately, they are sold in small unit quantities such as two SIP trunk lines at a time, which makes the implementation very flexible in terms of installation and ongoing cost compared to traditional phone providers which sell bundles of 23 lines.

What are the Benefits of SIP Trunking?

One of the key benefits of SIP trunking is that the conventional public-switched telephone network is no longer required, thus eliminating standard per-minute fees and related charges from phone companies. VoIP is understood to be less expensive and SIP is a protocol that enables multimedia communication, making it attractive among businesses of all sizes who are pivoting away from the more expensive standard telephone networks.

SIP trunking helps reduce the cost of business communications while improving scalability, not least because SIP trunk lines (which are virtual and not physical connections) can be added gradually in units of one or two lines for instance, while traditional phone lines are sold in bundles of 23 because that’s how many channels come in PRI wiring (23 voice channels that support 23 concurrent calls, and one data channel to support features like caller ID).

Along with being cheaper and easier to scale, SIP trunking may help reduce charges from toll-free and long-distance phone calls as they’re being placed over the Internet and not on the wired phone network where those sorts of fees typically apply. Likewise, businesses can consolidate billing by having their data and voice services on a single IP network instead of being separate.

SIP trunking requires a secure, reliable Internet connection and a VoIP or PBX phone system that is SIP-compatible. The PBX can be an older analog model or newer virtual PBX but it must be IP/SIP compatible (may require an interface card known as a “gateway”). As a service, SIP trunking allows companies who have an on-premise PBX to gain cloud benefits. This option provides a blend of both worlds while simultaneously reducing costs and supporting future growth.

The Role of Codecs in SIP Trunking

There are standards for communication dictated via ISDN to ensure that data is properly sent and received by any internet telephony service provider. When communicating over SIP, codecs on your device convert the audio and/or video signals into compressed digital packets that can be sent over the Internet via a SIP client. Codecs vary by compression, such as:

Although SIP trunks will boost the number of data requirements from your ISP, cost savings come via reducing or eliminating your business phone bill. As a service, SIP trunking is offered by many networks, VoIP and hosted PBX providers who you may already be working with.

SIP trunking happens at the IP-PBX which is connected to a company’s internal network and ultimately to the Internet through a service provider who will have access to the PSTN if necessary, so you can make calls to any number from anywhere. Many organizations already use VoIP phones on their local network, so this would be a natural step forward for them.

How SIP Trunking Works for Your Business

As your business grows and requires additional phone lines, your company will no longer have to add one phone number per line and will have more flexible pricing options that make SIP trunking both more scalable and more affordable than plain old telephone systems. Here are some of the many benefits that a company can look forward to when adopting SIP versus standard phone lines:

Even More Benefits to SIP Trunking 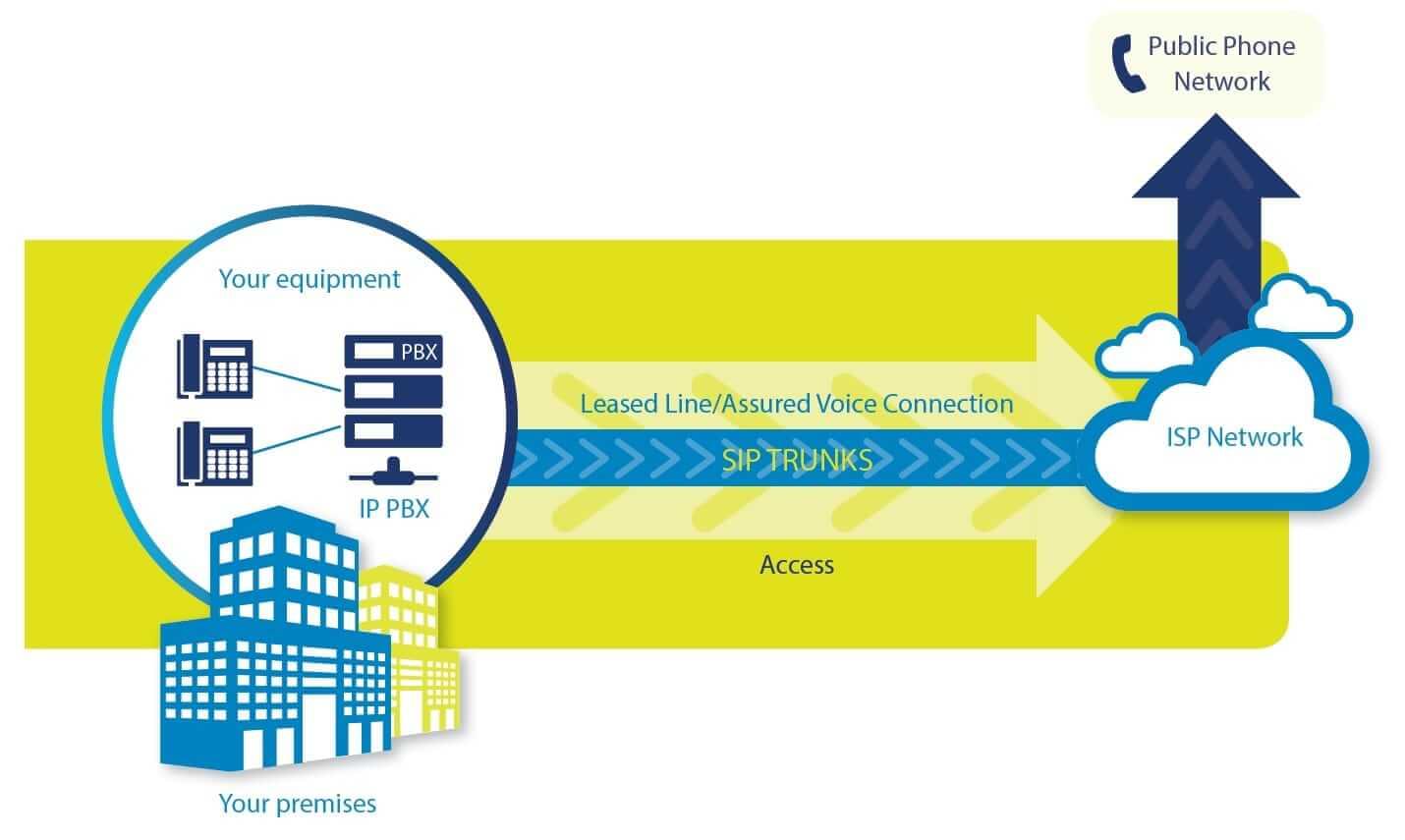 How Does SIP Trunking Work Better Than PRIs?

For comparison, plain old PRI phone connections running over the PSTN network can only handle voice calls but also has a few benefits that revolve around the quality of service and dependability.

Here are some considerations for why you may want to keep your PRI-based setup: PRI doesn’t rely on data bandwidth to make voice calls, which may be significant to you if a high bandwidth connection isn’t available at your location.

But again, PRI is expensive to implement or upgrade, slow to scale or modify, and results in a costly phone bill every month that could be consolidated into your data connection. It’s also worth noting that PRI solutions may require lengthy contracts and as we’ve mentioned already, you’re stuck buying bundles of 23 lines instead of however many your company needs.

SIP trunking doesn’t require an extensive amount of equipment and you don’t need to be a network engineer to deploy SIP at your business. That said, you do require three components: an Internet Telephone Service Provider (ITSP), a SIP-compatible PBX (may be analog or digital), and a SIP gateway or enterprise border element which controls the network between the ITSP and PBX.

It’s also worth investing in a premium business-grade router with quality of service (QoS) features that can prioritize SIP or VoIP calls. Router traffic can be configured so that it places less of an emphasis on unimportant operations such as downloading a large file, which doesn’t require as much of an uninterrupted real-time stream of data as holding a voice or video call.

The best SIP solutions offer voice quality that is on par with traditional landlines, but you may need to do some comparisons before you settle on a provider. Similarly, there are also varying degrees of quality when it comes to Internet Service Providers. Only Tier-1 carriers are connected directly to the backbone of the Internet for enabling the best possible call quality and reliability.

Depending on who you consult it’s said that businesses require around 80Kb/s per line when making calls over the Internet and this may add up quickly if you require dozens of lines. Fiber optic and cable lines are your best bet but note that your upload speed may not be as fast as your quoted download rate and upload is required for outgoing data.

For the best call quality, you’ll need a network backbone with minimal latency, low packet loss, and little jitter. It’s also suggested that businesses only need enough SIP channels to handle the number of simultaneous calls that are required at once. So if an organization has 100 phone extensions, but only 20 people are on the phone at any given time, then only 20 SIP trunks are necessary to support standard call volume.

Take advantage of the many companies that offer a trial period for SIP trunking services to make sure their features work as advertised and more importantly, that their network can handle the number of calls you may have during the highest loads. It would be smart for instance to stress test the 100-line network by actually making it handle 100 calls. This is often when problems appear. 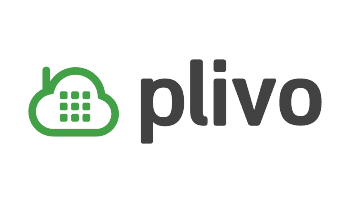 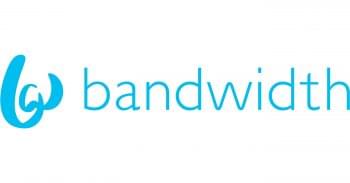 What is SIP Trunking Going to Save Your Company?

Between the low upfront investment and potential ROI, SIP trunking has been popular among businesses as a useful transitional technology. It allows companies to begin benefiting from newer communication services while continuing to employ some of their older telecommunication infrastructure, such as PBX boxes. 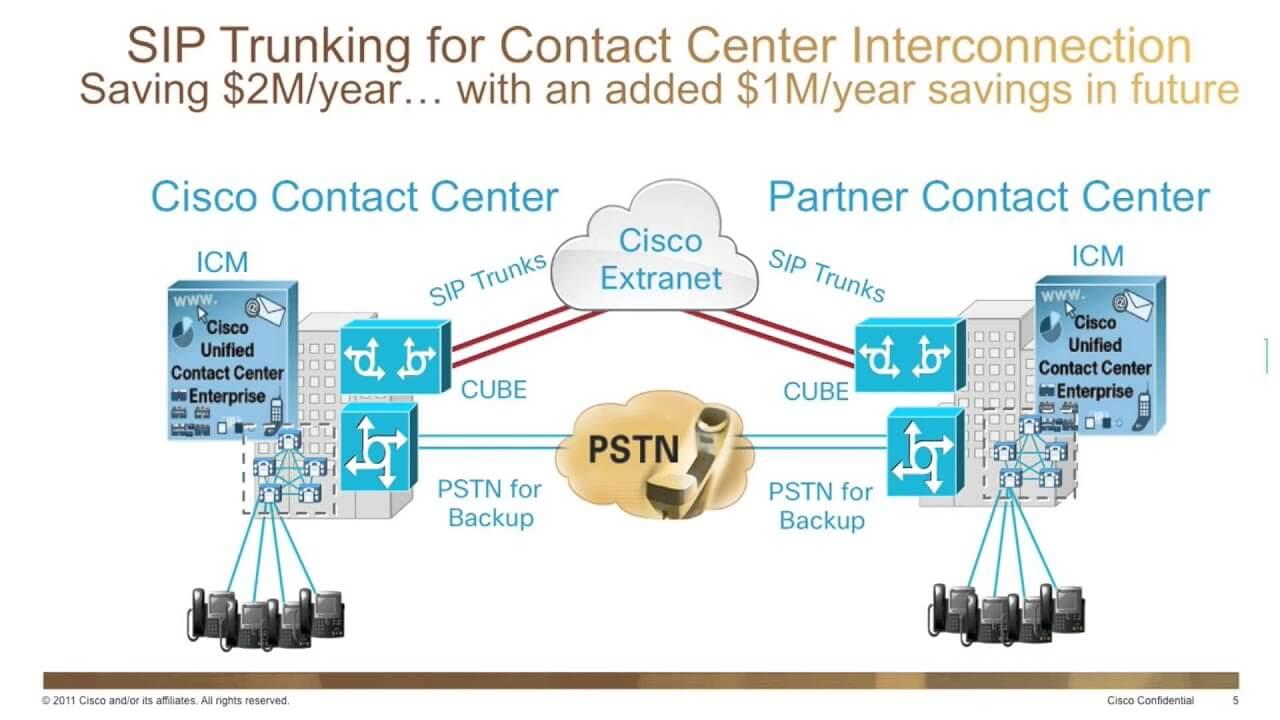 Companies wondering “what is SIP trunking going to save us?” are in for a pleasant surprise.

According to statistics released in 2018 by Eastern Management Group, the number of North American businesses using SIP trunking amounts to 70%, while that figure jumps to 82% for Western Europe and somewhere in between those two for LATAM and APAC. That same report suggested that the SIP trunking market was valued at more than $14 billion in revenue, which was expected to reach $22 billion by 2024, or a growth of 25%.

Best use cases for implementing SIP trunking may include a more cost-effective system, especially when considering long-distance and outbound international calls, scaling small business communications by adding and removing lines, or a need for hosted, multi-channel cloud communications or unified communications.

Check out our guide to phone systems to make sure you’re pairing your SIP solution with the perfect hardware.