The State of SIP in 2017: The Future Looks Bright 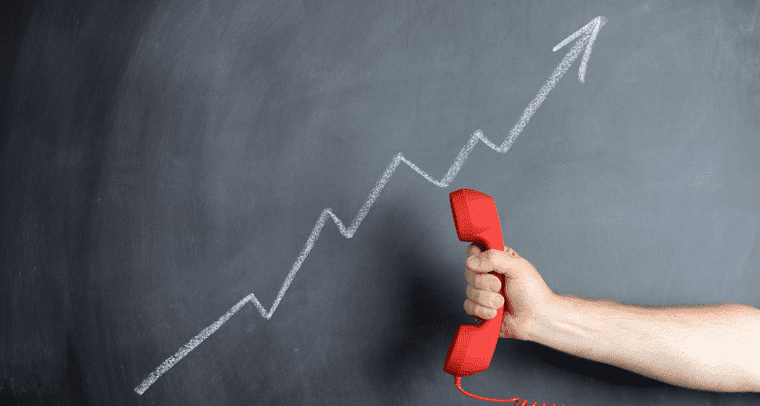 Its no secret that SIP and VoIP have experienced some massive growth since their original inceptions. In fact, SIP has grown to almost half of the current network traffic from both small businesses and large Enterprise users. Yet, despite this, we haven’t seen a majority of network traffic from the Enterprises that are traditionally slower to adopt

However, SIP is expected to continue its rapid growth over the next few years — and even by the end of this year, SIP will overtake the PSTN for Enterprise usage. In fact, with the PSTN shut off nearing even closer with confirmed dates from some of the largest legacy carriers, the timing couldn’t be more perfect.

The Eastern Management Group compiled a study of input from current IT managers on the Global SIP Market up to 2020, and had some very interesting findings.

How is SIP Doing?

Right off the bat it would be best to just state that SIP is still doing very well. Encompassing both SIP Trunking and even Hosted PBX services, the SIP protocol powering the IP solutions has a bright future still to come.

The Eastern Management Group’s study explains that currently more than 60% of companies are already relying on SIP for communications, although with varying levels of adoption throughout different business sizes. With a large sample size, the group was able to gather the input from IT managers from all corners of the market.

“A study of 3,500 IT managers was done by the Eastern Management Group in January 2017. It shows the worldwide market for SIP, including SIP trunks, phones, SBCs, and applications like messaging and video, is growing. And for the next 5-years, SIP is expected to grow faster than overall IT expenditures worldwide.”

Just highlighting the two opposite ends of the spectrum:

Remarkable Growth in Such Short Time

So from just these small sample sizes, we can see that both small teams and massive companies will see huge growth. In the SMB market alone, we see traffic jump from 55% (the already majority) to 59% in just one year. But what’s more interesting is that by 2020, the 71% expected SMB traffic will mirror that of the Enterprise users (which is also at 70.9%, and thus rounded up to 71%.

With such complicated, sprawling networks over multiple locations, including international offices, the Enterprise market is naturally slow to adopt. These large networks need time to be reconfigured, planned, and established. The need for cost savings, while still crucial, might not be as urgent for an Enterprise as it would be for a smaller ten-person team that’s just starting up.

Even in 2017, we’ll see the Enterprise market shift its majority of usage to SIP at 51%, which is a pretty drastic jump over the 44% from the year before. It makes sense: Enterprise players are beginning to see more solutions geared towards their size and presence, as well as IT managers understanding the benefits SIP brings beyond just cost savings.

The obvious cost savings of SIP aside, there exists a whole slew of advantages over a legacy network that the IP standard brings to the table.

I had a conversation with John Malone, the Eastern Management Group’s President and CEO, who felt pretty strongly about the advantages of SIP — especially for the smaller guys.

“If you’re a small business you have to be out of your mind not to make every effort to get SIP into your business.”

And I’m not too sure why a small business would want to spend money on a legacy setup; the cost savings alone of a hosted solution would push most over, let alone the inclusion of an entire UC system. As we know the legacy PSTN does just that — legacy phone calls. But SIP of course includes team messaging, collaboration solutions, presence indications, video conferencing, and the entire concept of BYoD and mobility that teams rely on. Its all powered through SIP.

Now, BYoD might not be an Enterprise IT team’s favorite policy, although it isn’t too difficult to ensure safe practices for even the largest business. But it would be hard to argue that all of these extra features are not advantages over legacy — because legacy just cannot compete. SIP really just runs circles around traditional networks. 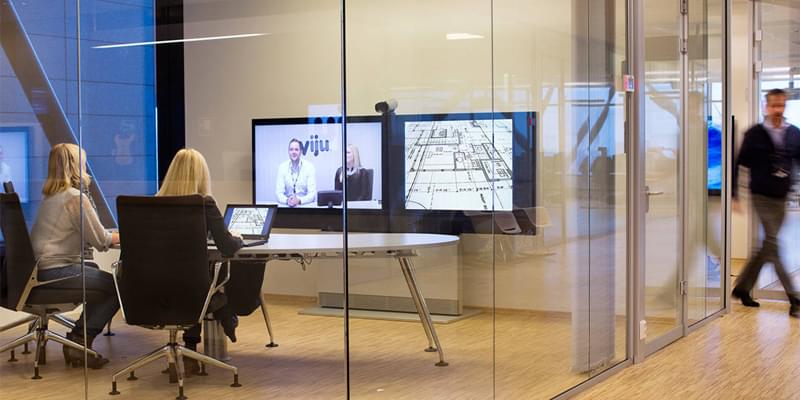 Video conferencing alone is a massive advantage, and one clear example of how SIP is powering collaboration. The same exact connection utilized for voice will easily and happily power your video conferences. With a litany of solutions out there — from the free providers all the way up to even Amazon’s unique Chime solution — any business not only can, but should, utilize video. SIP drives video growth, and video growth drives productivity.

The old complaint of SIP quality has even been reduced to a whisper, with most SIP providers ranking just as high as legacy services, according to my conversation with John. In fact, as we already know, the legacy providers are even shutting off the PSTN in favor of switching over to IP connected networks around the world.

So the PSTN is shutting off in the next few years — that much is already known. Increased SIP adoption is only helping to further advance the shutdown, with most businesses switching or expected to switch very soon, according to the study.

“The rapid roll-out of SIP, and its acceptance by CIOs globally, is speeding up the timeline for turning off the PSTN, by incumbent carriers in the US, UK, Germany, Japan and elsewhere, reports the Eastern Management Group. This is welcome news for providers of SIP trunks, phones, session border controllers, and services. “

The study also highlighted some very key dates that we now have concerning shut down plans, with most major telecoms around the world hitting for the 2020 range, with some  planning for as early this year, or next in 2018.

In the U.S., we saw the transition begin in 2014 when the FCC agreed to allow AT&T to begin converting their legacy networks into IP broadband architecture, as long as AT&T continued to abide by the same regulations and restrictions. Here is where we started to see the recent Net Neutrality battle begin to rear its head.

AT&T explained in their press release surrounding the FCC decision:

“The team who authored the National Broadband Plan and the TAC both recognized that creating a path for incumbent providers to retire legacy POTS technology was a necessary step towards achieving universal broadband connectivity in the United States.  In particular, both understood that the cost of maintaining the legacy architecture, with its rapidly declining subscriber base, was unsustainable for any company, and was pulling significant dollars away from broadband investment.”

SIP itself isn’t the only factor contributing to the switch, but this market growth seems to fit in place perfectly with what is expected. Come 2020 in the U.S., businesses won’t have a choice but to switch over to some form of IP communications, with SIP leading the way for good reason.

IP Communications Are Taking Over

SIP itself encompasses more than just the generic SIP trunking utilizes by large businesses, as the protocol helped give birth to new solutions and methods of IP communication. In fact, Hosted PBX solutions are just one piece of the puzzle, which is all held together by the super glue that is SIP.

As the study explains, SIP growth is both responsible for, and benefited by increased PBX adoption.  Since there “has been a 500% growth in hosted PBXs in the past few years, more SIP phone and trunk sales are pulled along.”

With a business utilizing SIP at their HQ, they can they distribute service through Hosted PBX solutions at their smaller locations throughout the country, or even around the world. In fact, Hosted PBXs are also experiencing remarkable year-over-year growth in the last handful or so years. In fact, hosted PBX sales are now approaching almost 20% of all telephone system sales.

If you want to take a closer look at the report, with more in depth information on the SIP market as a whole and expectations for the news few years, you can contact The Eastern Management  Group to acquire a copy.