VoIP Interconnectivity & Where to Draw the Line 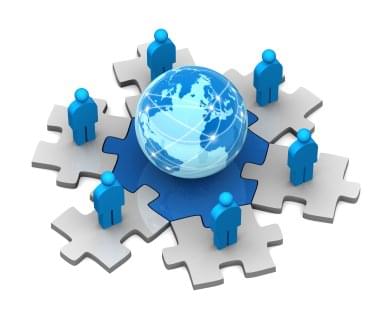 To say that we are living in a golden age of technology is an understatement. With new technologies and advances being made on a daily basis, consumers are able to connect with each other, as well as companies, unlike ever before. As social networks and other Internet based communications platforms flourish and expand, interconnectivity runs rampant. While this isn’t necessarily a bad thing, too much of anything can be harmful. The VoIP industry has experienced this rising interconnectivity first hand. Now, providers are able to utilize various communications platforms (live calling, email. live chat, etc.) to provide users ways to connect to both the provider, as well as the world at large. However, where should the line be drawn?

The primary concerns with interconnectivity and VoIP lie in privacy and security. VoIP offers users Internet based calling. In utilizing the web, providers allow users to connect with one another on a much more integrated level. For example, VoIP providers such as RingCentral and 8×8 offer free in network calling. In addition to general inter-network calling, many VoIP providers offer features that consolidate and store information. As a result, many users have the ability to set contact numbers for specific users. This is a similar concept to landline service speed dial; however, here users assign a set number that links to a user’s phone number and their information directly. While this doesn’t sound that revolutionary of a concept, users should look at the effect this could have. Users can store sensitive information directly in their systems and access that information by designating their own number. While this is useful as it saves time and consolidates contact information, this level of connection could open users up to security issues.

Though providers offer extensive measures, VoIP is still relatively susceptible to security breach due to mobility and accessibility. Interconnectivity between VoIP systems can further open the door for security problems. For example, users may access sensitive information from a mobile device without using a secure network. As a result, outside parties can potentially gain access to this information. While providers offer advanced security features (such as encryption) users information can still be leaked. This leads into the second main concern of users, which is privacy. Many users may not feel comfortable using VoIP as they feel their personal information to be too readily available. With VoIP allowing for increased connectivity, users should be aware of whom they are sharing their information with, as well as how secure their network is.

Despite this, however, interconnectivity should not be altogether discouraged. Instead, providers and users should seek ways to moderate the connections they have and maintain. With a more elaborate series of connections between providers and users, communication is made even easier. As stated above there are a number of ways users can store information and connect with other users and providers. While this could greatly simplify communications moving forward, connections need moderation. Security features like encryption and password protection can be effective, but users need to be smarter with their information.

Technology continues to progress every day. With that, so does the potential for interconnectivity. VoIP holds a tremendous amount of advantages. Instead of dismissing this increased connectivity, users should look at providers’ customer service and support to moderate potential concerns. As the service continues to evolve, so will feature and connectivity. While this can harbor potential harmful risks, moderation and surveillance can help to minimize that potential.

Related Articles:
– Possible VoIP Disadvantages That Users Should Be Aware of