What is a VoIP Gateway?

Switching from standard PSTN to business VoIP is becoming increasingly common. In fact, an estimated 61% of businesses will make the switch away from traditional PSTN to cloud telephony (VoIP) at the end of their contract with their carrier. Still, unless you’re going to be entirely reliant on softphones, switching an existing legacy network to pure VoIP can be an expensive undertaking. This is why some businesses are opting to use VoIP gateways.

What is a VoIP Gateway

A VoIP gateway is a hardware device that converts telephony traffic into packets of data for transmission over the internet.  A VoIP gateway is different from an ATA because an ATA (also called a VoIP box) converts one phone at a time; some of the largest VoIP gateways can support up to 256 calls at a time. 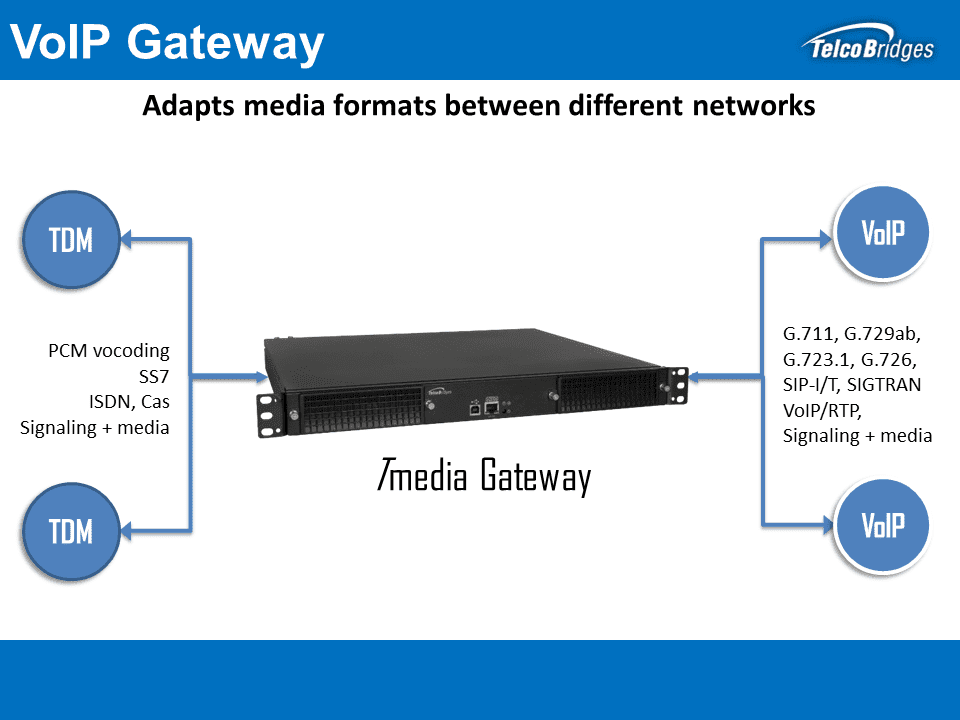 There are analog gateways and digital gateways. There are also VoIP gateways that connect VoIP traffic to GSM or CDMA wireless networks. A VoIP gateway is a valuable tool for large offices that are making the switch to business VoIP services but have the infrastructure in place that makes it expensive or impractical to switch entirely to VoIP.

Analog VoIP gateways connect between two and twenty-four legacy phones. There are two types of analog gateways, FXO (Foreign Exchange Office), and FXS (Foreign Exchange Subscriber or Foreign Exchange Station). An FXS encodes a telephone for VoIP, and an FXO connects an entire line or hosted PBX to the POTS. In other words, an FXS connects one phone (per port) at a time, and an FXO works in tandem with an IP PBX in order to make (switch) phone calls to the PSTN. A digital VoIP gateway encodes digital devices such as what an ISDN or a primary rate interface (PRI) might.

Reasons to Consider a Gateway

Why would someone use a VoIP gateway?  One chief reason is cost. It can be very expensive to change over an entire office to VoIP. Besides the cost of new phones, there is the PBX infrastructure, the IT support costs, and the time and money it takes to train everyone on the new equipment. Also, despite every effort to keep servers up and running, sometimes they do fail.

Many VoIP gateways have “fallback” modes to switch to the PSTN if the internet is unavailable. A business that relies heavily on fax machines may also be hesitant to discontinue their legacy phone service. For these reasons, some businesses favor a “hybrid” approach, combining their on-site equipment with VoIP gateways to get many of the advantages of VoIP while still retaining the reliability and familiarity of their existing equipment.