It gained mightier data and analytic capabilities, and Google Cloud said it would also beef up its security. Although at the time, the software solution still did not have end-to-end encryption, leaving its users exposed to the threat of intrusion.

Covid-19 caused the software to grow in popularity, with the company at one point during the Coronavirus Pandemic noting that Meet grew significantly between January and April 2020; to over 100 million daily users.

If you compare this to the 200 million daily uses for Zoom reported as of the last week of April 2020 – the number is still quite impressive: and even prompted Google to suspend its usual 60-minute limit for unpaid accounts. Now, Google Cloud says, the latest features to grace Google Workplace will soon include end-to-end encryption for Google Meet.

Google Meet is a part of Google Workplace – a suite of business tools and productivity apps such as Gmail, Drive, Calendar, Meet, Slides, Sheets, etc.

End-to-End-Encryption for All, Eventually

As of May 2022, Google Cloud said that its popular Meet platform will include optional client-side encryption – a move that will give Google Meet users control over their encryption keys. Google noted in a post:

“Users can use their encryption keys to encrypt organizational data and leverage default encryption that Google Workspace already extends.”

The move will enable Google Workspace users to encrypt data on their browser before any data gets shared/transmitted or even stored on Google Cloud’s servers. Client-side encryption will be made available for Google Drive data: which includes files created with Google Docs Editors like documents, spreadsheets, presentations, and uploaded files, like PDFs and Microsoft Office files. 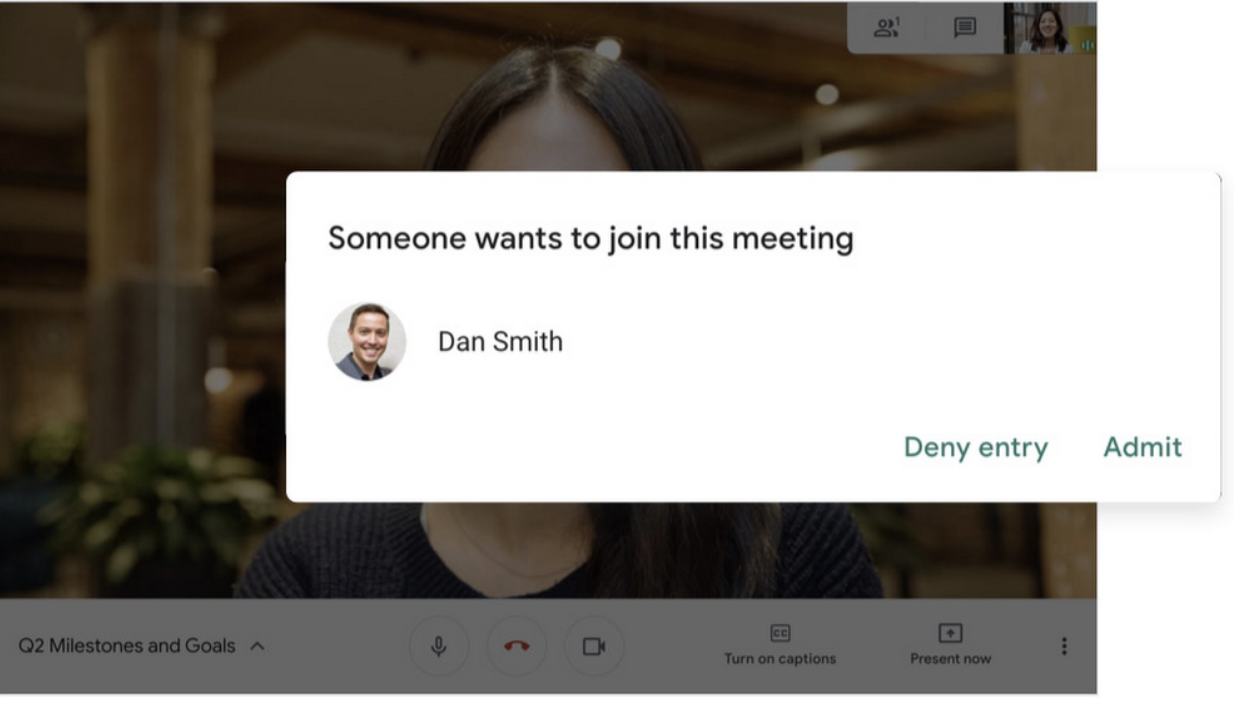 Google Meet audio and video streams, a feature now in beta testing, can also be encrypted on the client-side. This is to include screen sharing transmitted between meeting participants and Google. Furthermore, Google Cloud noted later in the year; that it will add optional end-to-end encryption for all meetings, making the platform all the more secure for everyday users.

The move should assist the firm in further competing with Zoom and Microsoft Teams, which have already introduced similar capabilities.

Google Workspace further noted that it will enable in-chat emoji responses. Users can send reactions such as a heart, a thumbs up, or a thumbs down during meetings. The move: looks to enhance the hybrid working experience for the millions who still work from home.

According to Google Cloud, emojis are all set to appear in video tiles or in a list that floats up on the side of the user’s screen. Competitor Zoom already extends similar functionalities.

Google also said it would add support for a picture-in-picture mode – for Google Meet. The move will likely become a handy tool in the user arsenal that lets users better understand who is talking – even when someone is not in an active meeting tab.

Starting in April 2022, users can access the feature when accessing Google Meet from a Chrome Browser.

Google Meet users will also soon be able to live stream Google Meet calls to platforms like YouTube. In the coming weeks, Google Cloud notes that: Enterprise Standard, Enterprise Plus, Education Plus, and Teaching/Learning Upgrade Workspace customers will all gain access to the functionality, with some paying a premium for the feature.

Google Meet users will soon even gain access to Meet directly from Docs, Sheets, and Slides. The move enables workplace teams to move their meetings into a document, spreadsheet, or presentation, allowing for what Google Cloud hopes should foster smoother collaboration experiences.

Google Cloud also paired with TrueVoice to enable automatic noise cancellation for its Google Meet Series One room kits. The move will work to enhance speech and suppress noise on all Google Meet hardware, even those designed by third-party vendors like Logitech, Acer, and Asus.

Soon, Google Voice users can leverage Google Voice via various certified session border control providers that range from Audiocodes to Cisco, Oracle, and Ribbon. According to Google Cloud, the firm will even extend on-demand call recording for Google Voice Standard and Premier subscribers.

An Epic Journey to Compete with the Big Dogs

At the time of launch, the platform was called ‘Google Apps’ 2006. A 2016 rebrand saw the creation of what we previously knew as ‘G Suite,’ with its most recent iteration coming only a few years later when it became ‘Google Workspace.’

Having released a ton of features over the years: the goal is to compete with more established players, or at least with those with a higher user base. The company also deepened many (key) partnerships with Vodafone, Carrefour, and HSBC, looking to widen the adoption of its collaboration software.

Today, the Google Meet experience is much more immersive than it once was, and the thought process of Google Cloud is to continue that momentum it said it experienced in EMEA in terms of customer growth. Increasingly, sizable enterprises, small businesses, and government organizations have chosen Google Cloud as their preferred cloud service provider.

How the Coronavirus Pandemic helped shape the current Google Workspace:

That move should worry many of the firm’s most ‘fervent’ competitors. A recent survey released by Google Cloud alleges that government workers said that Microsoft tech makes them less secure. That is the headline of the blog post.

In the blog post, Jeanette Manfra, Senior Director, Global Risk and Compliance, Google Cloud, said that those surveyed shared “serious” concerns over the security of the Microsoft Teams workplace collaboration platform. It seems; that: Google Cloud has a renewed sense of purpose, calling out and taking on Microsoft Teams head-on.

It could (very well) become the new Slack-Microsoft Teams rivalry – only time will tell.