The Ultimate Guide to Understanding and Defeating Packet Loss 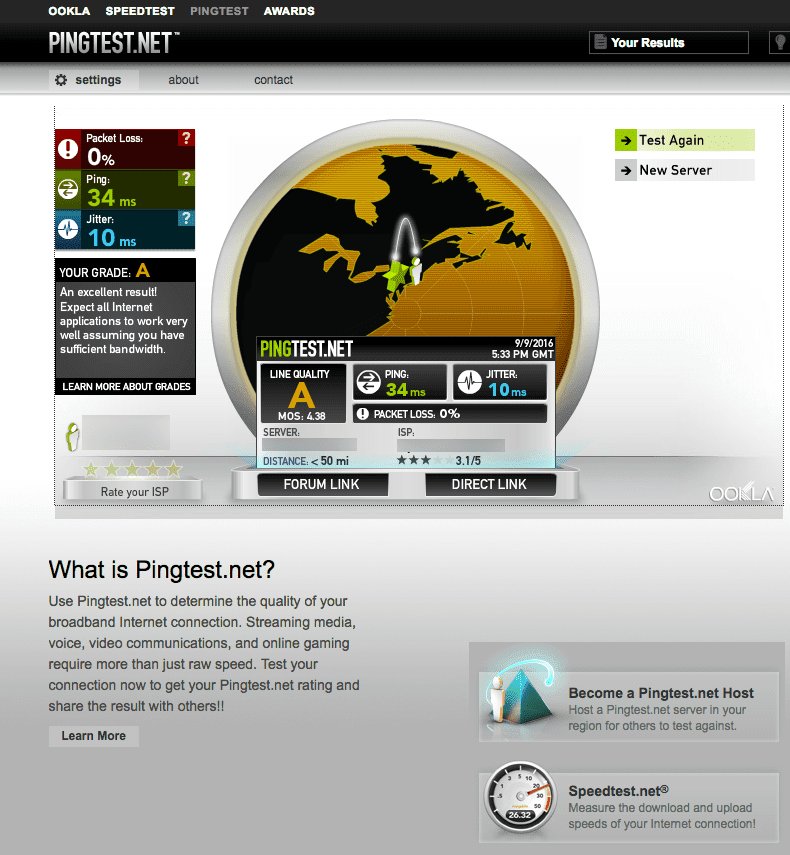 With many businesses relying on a Hosted PBX service to handle not only their phone, but Unified Communications systems, it is imperative to have a solid support network. Since VoIP relies on your internet connection to make calls, the quality of your calls can be drastically impacted by the quality of your network. With Packet Loss one of the most common causes of poor VoIP quality, among other implementation challenges, we wanted to put together the ultimate guide to understanding, and defeating packet loss on your network.

What Is Packet Loss?

Packet loss is when “packets” or pieces of data traveling across a network do not reach their end destination. The end result of these packets failing to reach the opposite end of the network communication leads to missing data, in a VoIP call it would lead to missing pieces of the conversation. Packet loss occurs when the network drops, or loses, this data due to a number of issues generally due to network congestion, and where that congestion comes from can differ. Networks may also discard packets if the network’s jitter buffer is reached – because high latency and jitter can lead to packet loss, certain packets might be discarded to help prevent this.

Packets = the pieces of data traveling through a network, so during a phone call this would mean your voice.

Depending on the application, the acceptable amount of packet loss will vary. For VoIP calls, dropping one or two minor packets won’t cause too much of an issue – if only one or two words are jumbled, we can generally understand the overall context of the message. However, if packet loss reaches a steady, significant level of 5% to 10% packet loss users will notice entire sentences missing, and awkward pauses in the middle of a conversation. When it comes to file sharing, a single packet loss can mean failure in delivering the document. In online gaming a single packet loss can lead to a frustrating delay in fast paced game-play, where every second counts.

Well since packet loss means the data was dropped somewhere in the network, it is generally caused by an issue within the network. Of course, the challenge would be understanding and locating the exact week point. Between both lost and discarded packets, there are a wide number of causes for packet loss.

How to Diagnose and Measure Packet Loss:

Measuring your network’s packet loss can seem like a daunting task for those less network savvy. As we know, even setting up your household router can be a confusing task. While those looking to get their hands dirty and aren’t afraid of a command prompt can handle the task on their own, there are also a number of dedicated tools available to automate the process.

Generally, diagnosing and recognizing a packet loss can be done through a Window’s Command Prompt, and a ping command. This would send a “ping” command to an IP address or website of your choosing, and return with a response. Latency is the measurement of the amount of time it takes to send and receive a signal (or ping), in milliseconds (ms).

Upon opening a command prompt, you would enter the command:

With hostname being your own choice of website or server. You can even just use google.com to simplify the process. This command will send 100 ping to the host of your choosing, and hopefully return 100 pings. But if you send 100, and only 50 are received, you have discovered a 50% packet loss. Upon completing the ping, you should receive a message similar to this one:

Of course, you can ping as many hosts as many times as you would like. We recommend running the test multiple times, both with the same and new hosts to gather a large grouping of data. Just because you have packet loss on one ping with one host, doesn’t mean your network is the issue or the one causing the packet loss.

Thankfully, for those unwilling or unable to crack open a command prompt, a large number of tools have been developed to automate the process. Simply navigating your flash and Java enabled web browser and clicking the “test” button are all it takes. Hosted by Ookla services, the most popular, and trusted, ping test is simply http://www.pingtest.net/ 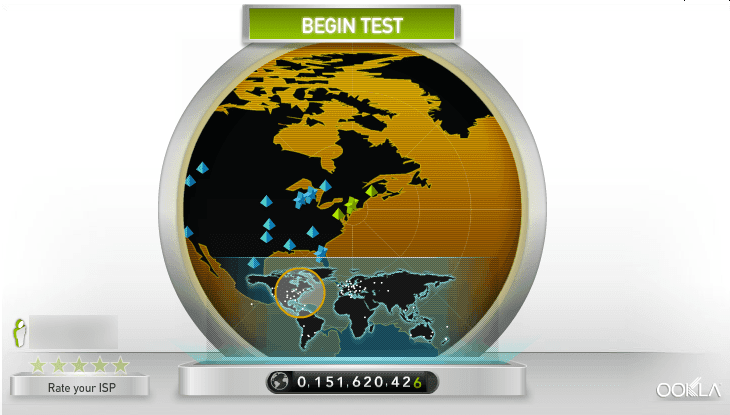 Here you’ll be greeted with a map graphic highlighting your location, your internet service provider and even the computer’s IP address. The map will also contain blue and green triangles – these are the data centers your network will be pinging. The process will choose a center for you, and generally it can make sense to choose the closest data center, although distance does not directly correlate to network or connection speed. Running the test multiple times, with multiple data centers can help yield a more accurate result. 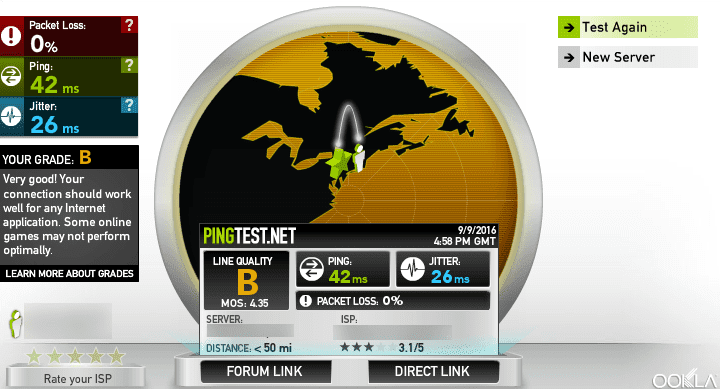 The end results of the test will look something like this, with a line quality rating, a ping measurement, and even a jitter measurement also in milliseconds.

How to Fix Packet Loss

Unfortunately for us, resolving the issue of packet loss can generally be out of our hands. Most of the issues of packet loss will stem from either your ISP directly, or your VoIP provider in some cases. The first step would be to simply diagnose and trouble shoot your own network. Sometimes the issue can be as simple as resetting your network, or minimizing the traffic and congestion by closing some of those windows or limiting internet access and use. If the network relies on a router, or a wireless connection, substitute a wired connection for testing purposes and try linking directly to your modem and run the ping tests again. Many routers have the ability to switch the channel they operate on, and if your neighbors are all using the same channel the interference can get in the way. If you are already utilizing a wired connection, try replacing any damaged or old cables, and rerunning your ping tests. Bypassing switches, modems and routers is necessary to help determine the band link in the bunch.

However, if after completing basic networking trouble shooting you still notice a large amount of packet loss, the issue is more than likely on the other end of the network. Contacting your ISP will generally yield the best results, as the issue is out of your hands. There are instances of offices and homes connected to a network on very old cables that could have become damaged, and these would only be accessible to the ISP. If your ISP does not notice any issues on their end after a thorough check, and your packet loss occurs during your VoIP calls, the next step would be to contact your provider’s technical support to address the service and network configuration.