The State of Robocalls in 2022 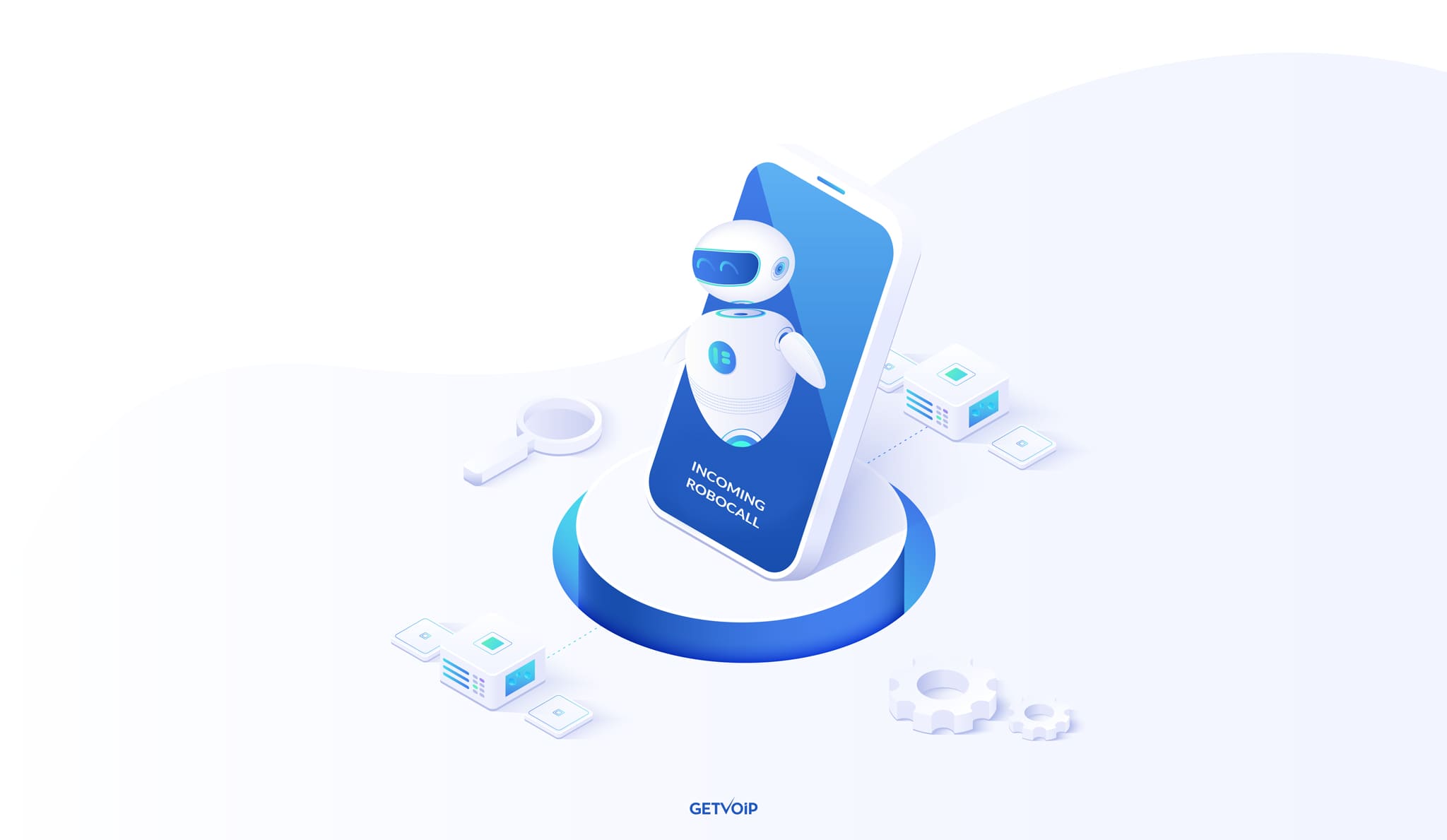 For as long as there have been ways to make money over the phone – robocalls have existed. These automated calls often act as affordable ways for businesses to reach customers, so there is and was some legitimacy to them initially.

These unwanted calls – including illegal and spoofed robocalls – are a quandary the Federal Communications Commission (FCC) set out to solve, noting on its website that it is the governing body’s “top consumer complaint.”

“These include complaints from consumers whose numbers get spoofed or whose calls get mistakenly blocked or labeled as a possible scam call by a robocall blocking app or service,” the FCC writes.

Where the problem lies is in the fact that the automated calls of today are typically a scam for unsuspecting individuals – with fraudsters often stealing money and time from these folks. To combat robocalls – the FCC put some customer safeguards in place, including:

STIR/SHAKEN, you may have heard of it before, is an essentially industry-standard caller ID authentication technology. The FCC requires – that all service providers adhere to the set of protocols to better shield customers from September 2021. 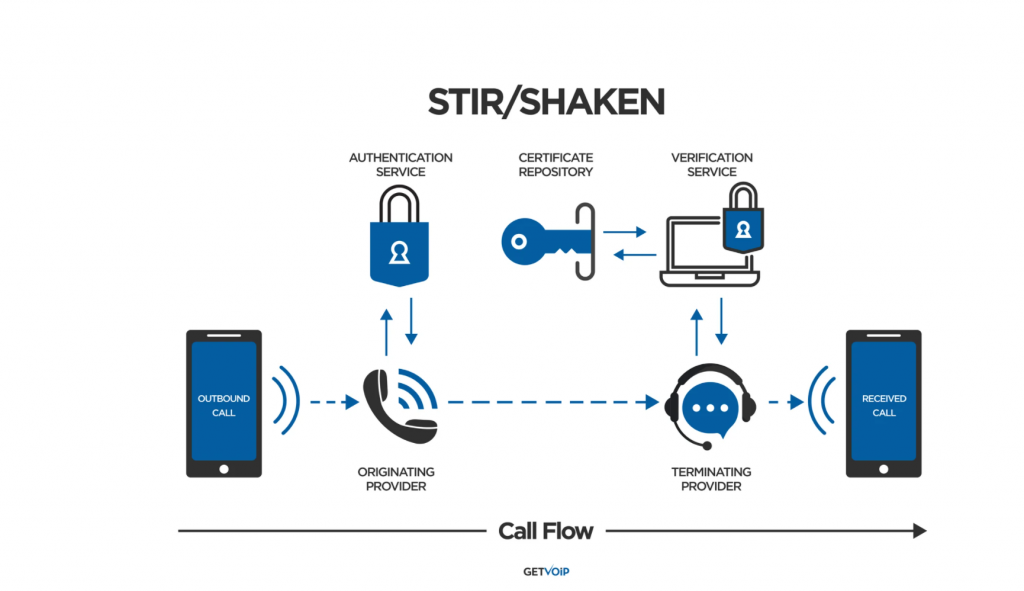 Some companies have even gone as far as to leverage blockchain technology to help fight robocalls, while others like Twilio have remained at the center of combating robocalls. Here’s a look at the state of Robocalls in 2022, by the numbers. Yet, there remains a steady stream of robocalls, as YouMail reports. I will explore this idea in the coming section.

Robocalls are not all inherently bad, and places like pharmacies can issue robocalls to alert you that a vital medication is ready for pickup. Doctors’ offices and even emergency messages for entire counties can go out in the form of a robocall.

There is also a dark side, which implies that anyone looking to make a quick buck could be subject to setting up an illegal robocall operation. With today’s technology – it does not take too much effort. Looking at the statistics of it all, it is clear the demographic of those making robocalls. 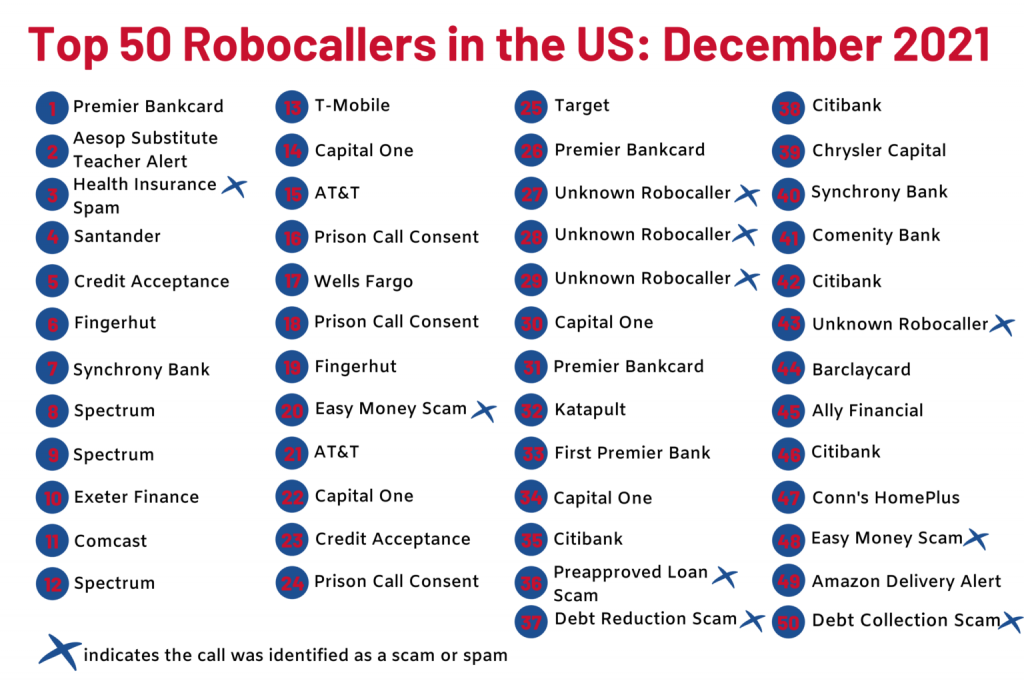 Robocalls are a Big Waste of Time for Everyone

First, I’d like to start with a tip: if you suspect you have/are receiving a robocall – don’t answer it. They are a big waste of time for both parties involved. The only goal is to obtain valuable information and cause harm using your details.

If the scammer does not get the valuable information they are looking for – or any money, they have also wasted their time. So, what gives? For starters, folks have become savvier, which is best represented in these below data:

Money, money, money; baby. That is the ‘name of the game’ (so to speak) for scammers who hope to gain access to sensitive information like banking details. They often remote access your computer, and from there – can run any number of refund-based and many other kinds of scams.

If remote access to your device, the possibilities are endless, especially if the user is older and more subject to having their computer illiteracy exploited. So far:

Who Feels the Impacts of Robocalls?

The good or the bad news is – robocalls don’t tend to discriminate — so anyone can pretty much fall victim to these scams. Certain demographics tend to be more susceptible to them, however. I touched on this notion briefly above. But in this section, I will explore that notion further.

Robocalls in the COVID-19 Era

The Federal Trade Commission (FTC) released the Commission’s annual do not call list, and it had a ton of surprising findings. In 2021, we hit some milestones regarding robocalls.

What emerged from the report is that imposters seem to have gotten more creative, as the FTC received more than 496,000 complaints. Scammers pretend your warranties and protection plans have expired – making up the second-most commonly reported topic. Consumers filed more than 412,000 robocall complaints on that front.

Calls regarding supposed debt reduction made up the third-most commonly reported topic, followed by complaints about medical and prescription issues and computers and technical support, according to the FTC’s 2021 annual report. 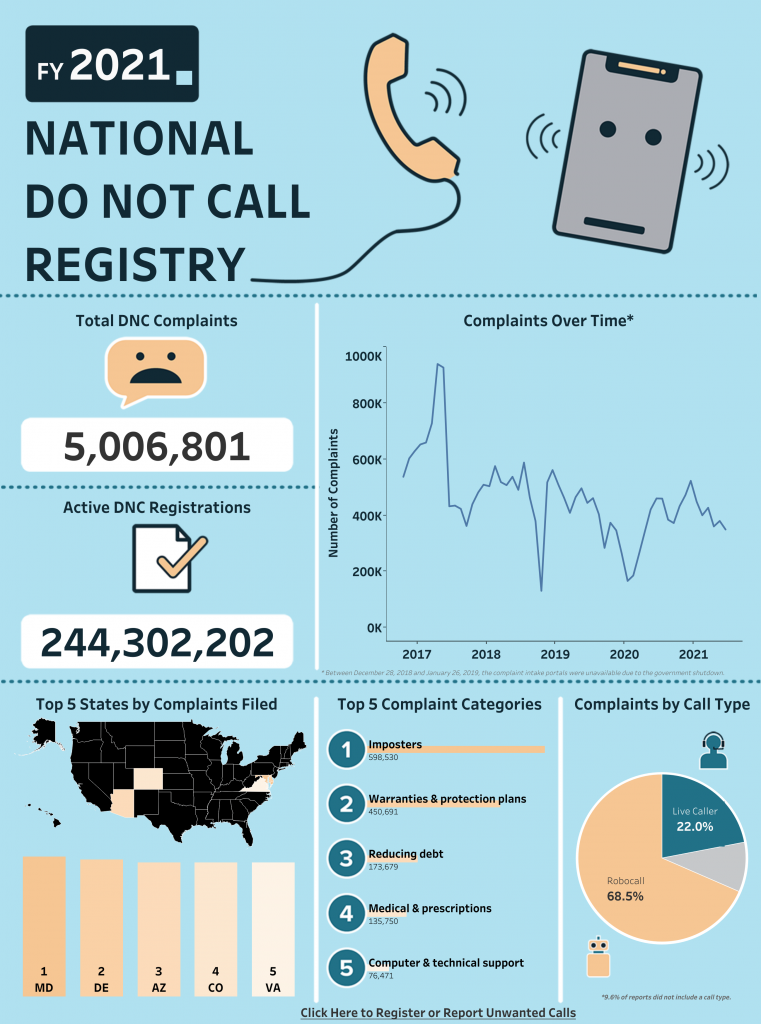 How to Block Robocalls

Robocalls don’t have to be an unavoidable nuisance. From FCC complaints to robocall blockers, there are numerous ways to block those unwanted calls. 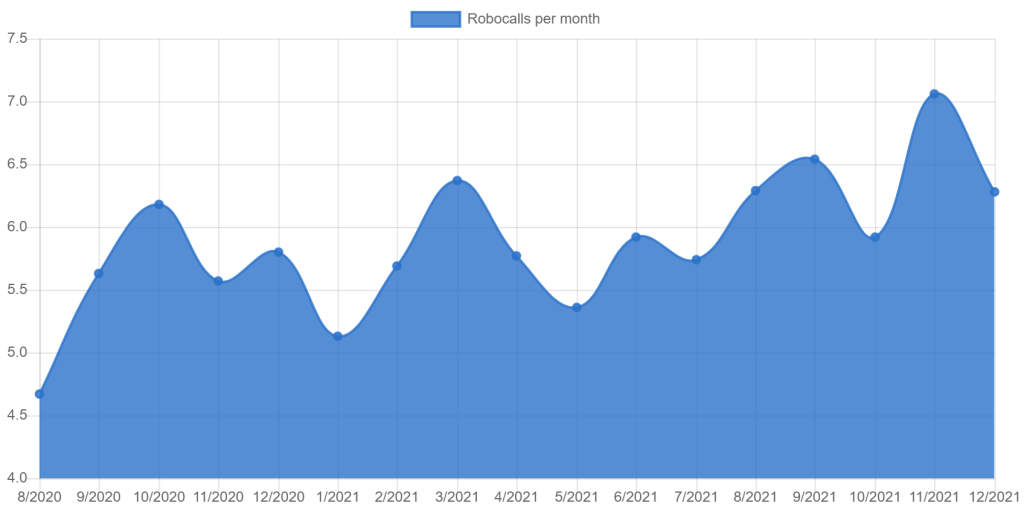 Over the past few years, a lot of solutions to this pressing issue have emerged: although criminals remained steadfast on reengineering new and creative ways to intrude upon your right to privacy.

This is why taking the appropriate measures, be it blocking suspected spam callers or reporting them to the authorities, should remain principal tools in the consumer toolkit when combating spam calls. If you currently use a business phone service for your business needs, learn to deploy features like call screening as an extra line of defense against spammers.

Some are and some aren’t legal. For example, a call trying to sell you something is illegal, unless they already had your permission to call. On the other hand, charities asking for donations can legally use robocalls.

If you answer, don’t press any buttons. Immediately hang up and file a complaint with the FTC and the National Do Not Call Registry.