Regulating VoIP: When and How To File an FCC Complaint 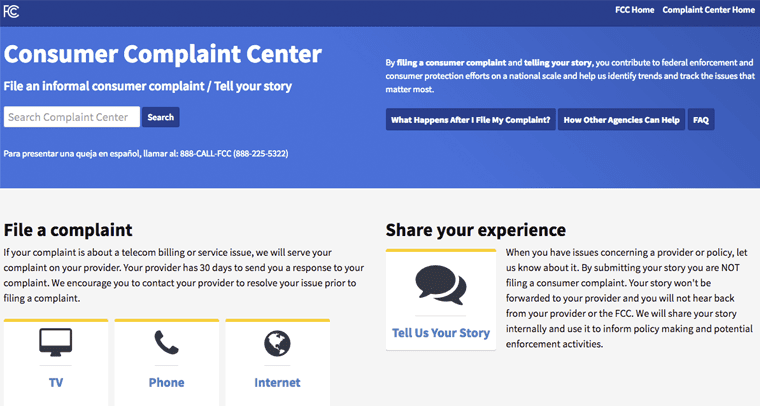 Let’s say your business runs into a major issue with your Business VoIP provider. Now we’re not talking a slight up charge on your bill or a loss of service for a few hours — those are problems customer service can handle. What about when your provider fails to deliver on the agreed upon contract and is unable to resolve a major service issue, like holding ported numbers hostage?

Of course, one easy strategy would be to simply abandon ship and find another provider willing to work with and for your business. But what if you have nowhere else to turn? Well, the FCC might have your back as the main regulatory force for all Communications — that means radio, television, wire, satellite, cable, and even VoIP.

The FCC and VoIP

The FCC has been at the forefront of political discussion for a while now, with the rulings to remove FCC control over internet privacy and data protections being the most recent event. For the private conscious, a VPN might help keep you safe, but this move simply shows the importance of FCC regulations.

But while the FCC has been recently focused on Internet regulations, the Federal Communications Commission is of course in charge of a whole lot more — everything communication related, as the name states. The commission is also no stranger to regulating different industries, and even working closely with providers, like enlisting phone providers to help solve the Robocall epidemic.

And since VoIP falls under communications, the FCC does in fact regulate the VoIP industry to at least some degree. In their own words, the FCC defines VoIP as follows:

“Voice over Internet Protocol (VoIP) is a technology for communicating using “Internet protocol” instead of traditional analog systems. Some VoIP services need only a regular phone connection, while others allow you to make telephone calls using an Internet connection instead. Some VoIP services may allow you only to call other people using the same service, but others may allow you to call any telephone number – including local, long distance, wireless and international numbers.”

The FCC specifically regulates VoIP company’s focusing on a handful of different aspects. Mainly focused on accessibility of service, as well as privacy concerns, the FCC has specific policies and rulings in place to ensure a VoIP provider operates within reason. From their own web page, the FCC goes on to explain these regulation distinctions. Directly lifted from the FCC’s VoIP page these regulations are as follows:

Know Before You Buy

Now, there would be far too many specific scenarios in which it would make sense for a consumer or business to file a complaint with the FCC. But the FCC does make it clear that they will not step in for every little issue. As you may have noticed in the list above, the FCC is focused on five specific aspects of VoIP service for regulation, and these mainly focus around the concepts of privacy and accessibility. If your business uses SIP Trunking or the newer H.323 protocol for a Hosted PBX, the same applies.

The FCC also makes clear three specific considerations every business needs to be aware of before adopting a VoIP solution:

Always check with potential VoIP service providers to confirm any limitations to their service, including 911 service.

This again will help weed out frivolous complaints, as it is the FCC’s recommendation to check with potential VoIP providers and confirm any specific limitations or restrictions on service. Some providers make it clear as day that 911 services are limited, or that a certain percentage of downed service during power outages is acceptable.

When Should You File a Complaint?

For VoIP-specific complaints, the aspects of service that are regulated by the FCC (which are listed above) are the main focal points. However, that doesn’t mean the FCC only cares about these five specific issues. In fact, the FCC themselves have a rather large database of online guides and tutorials outlining very specific issues. With six main categories of consumer guides, the FCC breaks down their massive database as follows:

Digging through these categories, the FCC has specific guides such as “Telecommunications Access for People with Disabilities,” or “Text-to-911: What You Need To Know.” If your business is experiencing an issue, or is unsure if a complaint to the FCC is the path to resolving an issue, this database is a great place to start. Here are some additional issues and guides that might be more relevant to VoIP subscribers. And with 5G on the way, it might make sense for some of the mobile specific guides to overlap with VoIP.

In general, the FCC explains the complaint process for VoIP provider’s as follows:

“If you have concerns ab out an interconnected VoIP provider’s handling of your 911 calls or telephone calling records, making services available to and usable by individuals with disabilities, or porting your telephone numbers, first try to resolve the matter with your service provider. If you can’t resolve the matter directly, you have multiple options for filing a complain with the FCC.”

So if you have determined that the FCC is your knight in shining armor, the next step of course would be to file a complaint. Thankfully, like the rest of the information we’ve gone over so far, the FCC does a tremendous job of transparency. Nothing is really hidden or difficult to follow and the FCC does a great job of explaining the entire process. 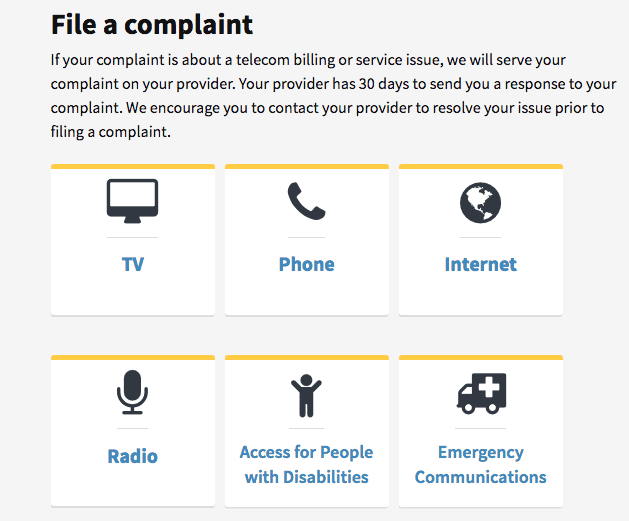 The FCC really did a great job of continuing this transparency with a dedicated Consumer Complaint Center. From here, the FCC goes over a number of specifics, like how to file an informal complaint, what happens after a complaint is filed, and how to check the status of a complaint. These are of course some basics, but the FCC goes really in depth explaining the entire thing.

Feel free to read the entire article, but for a quick break down — the FCC provides multiple channels for filing a complaint:

Chances are that most will simply file their complaint online, and the FCC was smart to include this option. With a simple submission form, the process is quick and easy. However, there is an important distinction here that the FCC makes. There are in fact two types of complaints one can file with the FCC, these being either a Formal Complaint or an Informal Complaint.

Informal complaints, according to the FCC, are those filed through this Consumer Complaint Center. The benefit is both the quick and easy process online, and that there is no fee at all for filing and informal complaint. 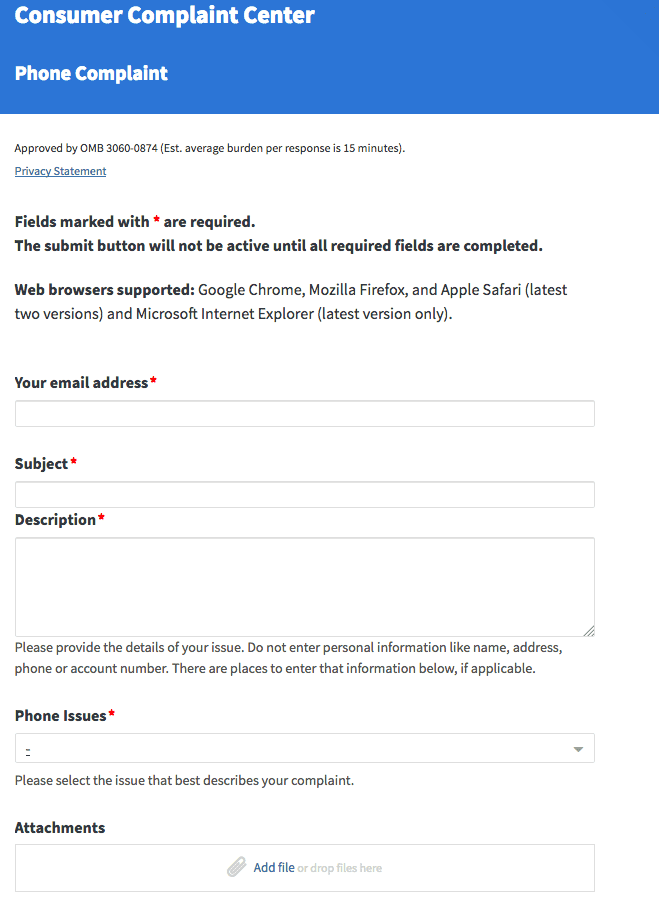 But if your informal complaint is ignored, or the problem is unresolved, the FCC allows you to step up to a Formal Complaint.

So why a fee? Well the FCC explains that Formal Complaints are similar to court proceedings; thus, each party “must comply with specific procedural rules, appear before the FCC and file documents that address legal issues.”  Generally, these parties are represented by lawyers. The Formal Complaint really steps up the entire process and is a last resort for consumers.

Overall, the FCC does a great job of working to protect consumers. With such a large focus on the broad concept of communications, the FCC isn’t tip-top on everything, but does a great job of staying transparent, and listening to complaints. Unfortunately, the current political climate will see certain protections dialed back in different areas — but this only presents an even better time to ensure your voice is heard. Thankfully, the FCC remains transparent and has the right avenues available for us to make our voice heard.