So we’ve been talking about AR and VR for quite some time now, but beyond a few video games here and there, there really hasn’t been too much to help it catch on. Current generation headsets are a bit on the expensive side, and require a pretty powerful PC for the whole setup to even work right.

Without the right use-case, the right product to make users go “WOW! That’s great,” I fear that VR won’t catch on like it deserves to. AR, on the other hand, is already live and well, but VR seems to be struggling a bit — at least compared to some massive projections we heard just a year or two ago. But now, it seems like now VR will completely revolutionize team collaboration.

Buying Your New Car in VR

Now, I’ve also discussed the potential for VR and AR in the business world before, and I think this is where we’ll find a more realistic use for the technology. Previously we’ve taken a look at the favorite example of an off-shore oil rig.

But, what was even cooler to read about recently was the concept of utilizing VR for the ultimate car dealership show room. Imagine walking into a dealership, particularly for the upper echelon super cars, and instead of thumbing through a book, or color samples, you strap on a VR headset. 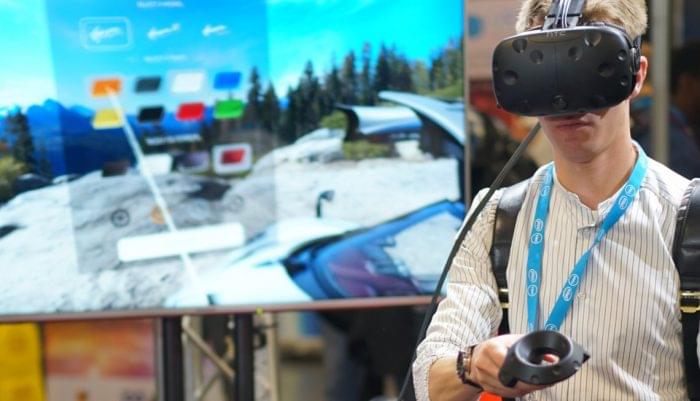 From here, you can design your perfect car, with any color combination possible, and have it rendered directly in front of you in virtual reality. Users could walk around the car, “explode” all the doors, hood and trunk to see the interior, play around with different fabrics — just overall design the entire perfect car, in real-time, right in front of them. Virtually.

A New Way To View The World

And go one step further, say you want to see how your brand new super car will look cruising around the hills of Tuscany, Italy? Or crawling through the expensive streets of Beverly Hills? Well, VR will let you do that too; just instantly transport your customized car into any location. 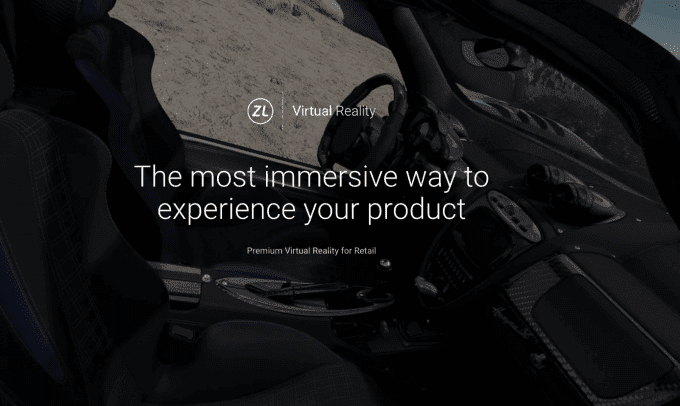 This sounds like science fiction, but it isn’t. A company called ZeroLight is already making this a possibility with Pagani Automobili, the Italian hyper car manufacturer responsible for the Zonda and more recently the Huayra (say that 5 times fast). They’ve also partnered with Audi to completely revolutionize the showroom experience. 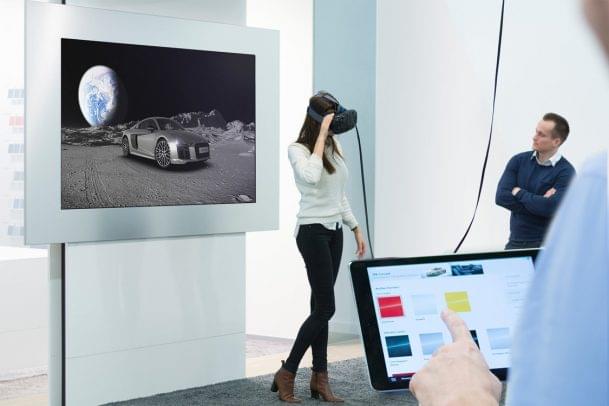 There’s some really cool tech behind this too, requiring a beastly setup of Two Nvidia GeForce Titan X’s running in SLI Configuration (the gamer in me is shaking in his boots at the thought of that beast), or even allowing dealerships to power the entire thing through the cloud, with Amazon Web Services.

But enough of my far-fetched car dreams — we get to see VR in action, in the business world, right here today. Cisco, in fact, just recently announced their brand-new VR capabilities for Cisco Spark. We can literally have VR in our cubicles right now, so long as you have a powerful enough machine, and a compatible Oculus Rift headset with Touch controllers.

Even so, this is one of the cooler news announcements I’ve heard in quite some time, being a big, hopeful fan that VR can create the experiences we’ve (read: I have) always dreamed of as children. While I might not have dreamed of using VR in my cubicle, that’s just what Cisco has tackled; and it at least shows a promising future. Utilizing Spark, users can “bridge the gap between the virtual and physical space.” Essentially, Cisco wants us to hold our meetings in virtual reality. 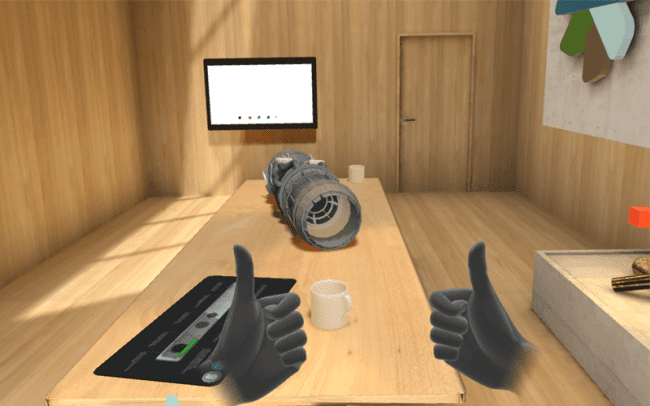 They explain that users with a compatible setup can “meet, discuss, and interact in a virtual, three-dimensional environment.” Users can also share files, and even take advantage of Spark’s whiteboard capabilities to interact with any other users not in the virtual meeting space. And of course, this can all happen in real-time.

“This is a first, conceptual step towards a future where augmented reality, virtual reality and mixed reality will be integrated into the office and work,” said Jens Meggers, Senior Vice President and General Manager for Cisco’s Cloud Collaboration Technology Group (CCTG).

Jens went on to explain in his blog post how Spark is already built around virtual spaces, “where all your work lives, like messaging, files, whiteboards, etc.” So, it only made sense to extend that virtual space, and allow users to step right inside.

The idea might seem a bit corny at first, but it shows how serious VR and AR are being taken — beyond just hype. These early concepts really are just the very tip of the iceberg, and give us a sneak peek at the true potential of this technology. Now, I’m not saying I expect everyone in the world to embrace and utilize VR for meetings, but just like the car dealership example I opened with, there is a niche that Cisco is looking to fill.

VR can help bring new life to meetings, in ways that video conferencing doesn’t — it adds in an entirely new level of immersion. Video calls still require a screen in front of you, and distractions are usually littered around that screen. It’s easy to become distracted by what’s happening either behind you, or behind the other participants of the call. Video cameras can be limited in their quality, and ability to show everyone in the room.

VR on the other hand, transports you into a new world. Sure, it might look cartoon-y at first, but the immersion is still there. Even playing the simplest of video games leads to a new level of immersion once you step into the VR world, through that VR headset. I for one, think the idea is super cool, and I’m excited to see where it goes in the future — hopefully it will catch on like the predictions say.