What is Conversational IVR and Why Businesses Should Care 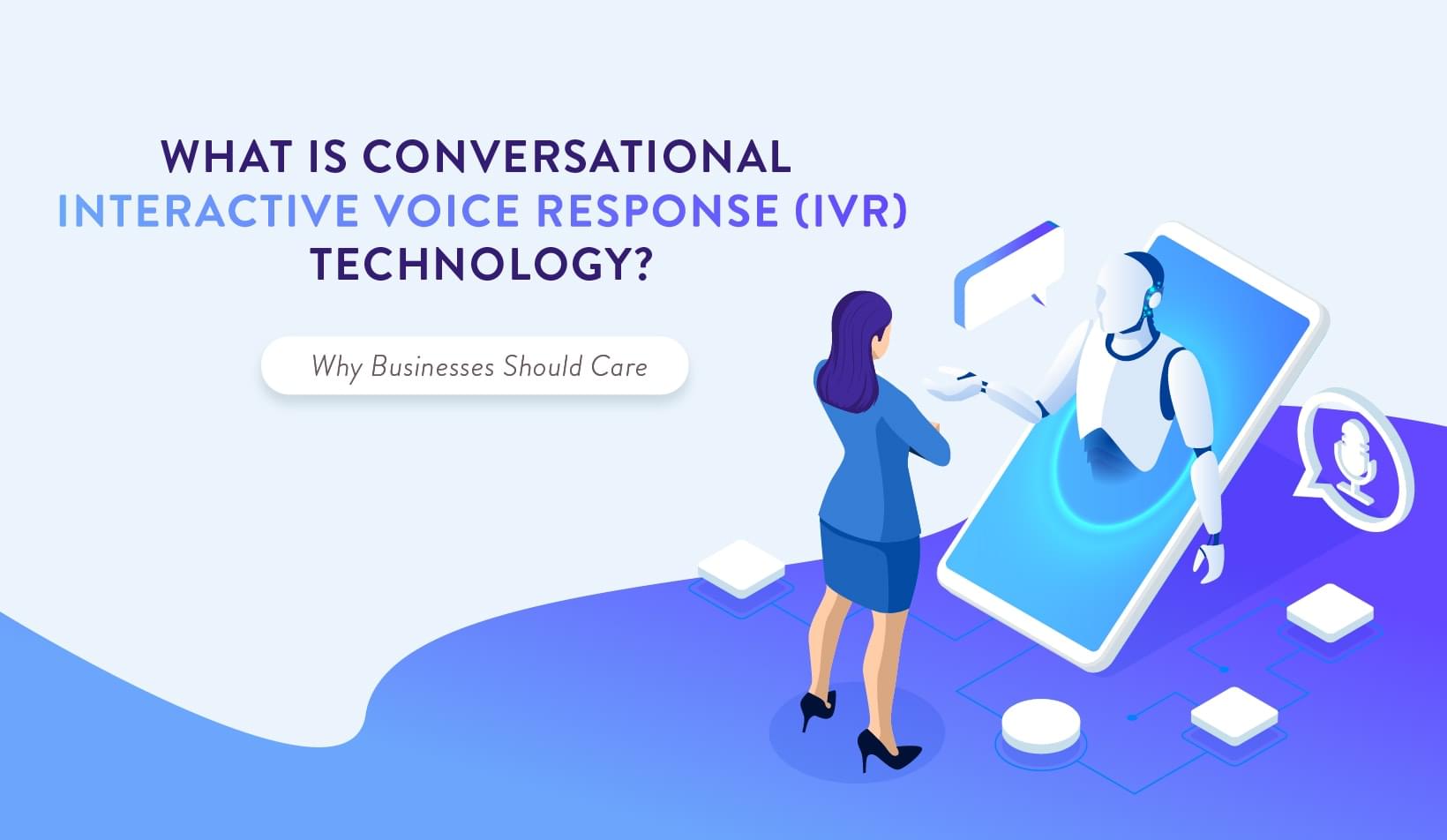 As nearly 60% of consumers prefer to communicate with customer service via chat and email, much of the blame falls on the shoulders of outdated call center systems. For example, if a customer has a nuanced issue that a menu system wasn’t designed to address, and you can’t afford the staff to take phone calls 24/7, what do you do? That’s where conversational IVR comes in.

While it might not be the preferred method for consumers, dialing your phone number is the best option for clients to make initial contact, resolve issues, and receive customer support. Thankfully, automated systems have grown more robust and are filled with features that are winning contact center clients over.

The technology that’s leading the way is conversational IVR.

What is Conversational IVR?

Conversational IVR is a software system using voice commands from customers to allow them to interact with self-service IVR systems when they call a company. Both content and context can be understood by these systems and improve on the slower hierarchical menus, taking a step forward in customer communications.

Auto-attendants are great for guiding calls through a handful of menu options with pre-recorded voice messages and interactive voice response technology (IVR) can be a worthwhile upgrade for allowing your customers to navigate these menu trees with basic voice commands. At the same time, poorly designed push-button menu flows can confuse or frustrate customers, many of whom simply press 0 to bypass the automation and speak with a live agent – the most expensive asset to any company’s customer support.

Conversational IVR takes auto-attendants and IVRs to the next level by enabling more human-like interactions with natural language processing, artificial intelligence, and machine learning. Instead of being walked through a series of prompts where callers answer specific questions that advance them down a maze of menus, conversational IVR makes this process more organic by allowing them to speak with the system similarly to how they might converse with a live customer support representative.

What’s the Difference Between Standard IVR and Conversational IVR?

Whereas traditional IVR systems had speech recognition technology to handle simple voice commands such as “yes” or “no,” conversational IVR allows people to communicate their inquiries in more complete phrases via a natural language understanding. Callers can describe questions or concerns in their own words and the flexibility of artificial intelligence and NLU can adapt to these circumstances and improve customer experience with a more human-like interaction.

Much of this flexibility is derived from conversational IVR chatbots and their ability to learn. For instance, when a caller says something that a conversational AI doesn’t quite understand, a live agent can silently intervene and guide the system through the situation. The next time it encounters a similar situation, the system will require less intervention and eventually be capable enough to handle a variety of tasks on its own.

Traditional (non-conversational) IVR systems ultimately depend on number selections or similarly basic input from the customer and have minimal ability to adapt, which can be particularly annoying when someone makes a mistake with their input such as pressing one wrong button while entering a long account number. They also tend to take much longer to dispense basic information such as office hours, which can be nested in a series of menus, and are generally less personal, having a limited set of responses.

The best conversational IVRs enable a more free-form service experience for customers, who aren’t bound to a specific menu script. These advanced IVRs are more convenient and better at guiding customers toward self-service type solutions instead of involving a live agent. Not only does this maximizes employee productivity and save companies money on staffing cost, but in a best-case scenario, it makes for happier customers who get fast, personalized responses from an automated system that isn’t entirely stripped of the human touch.

Is Conversational IVR Right For Your Business? 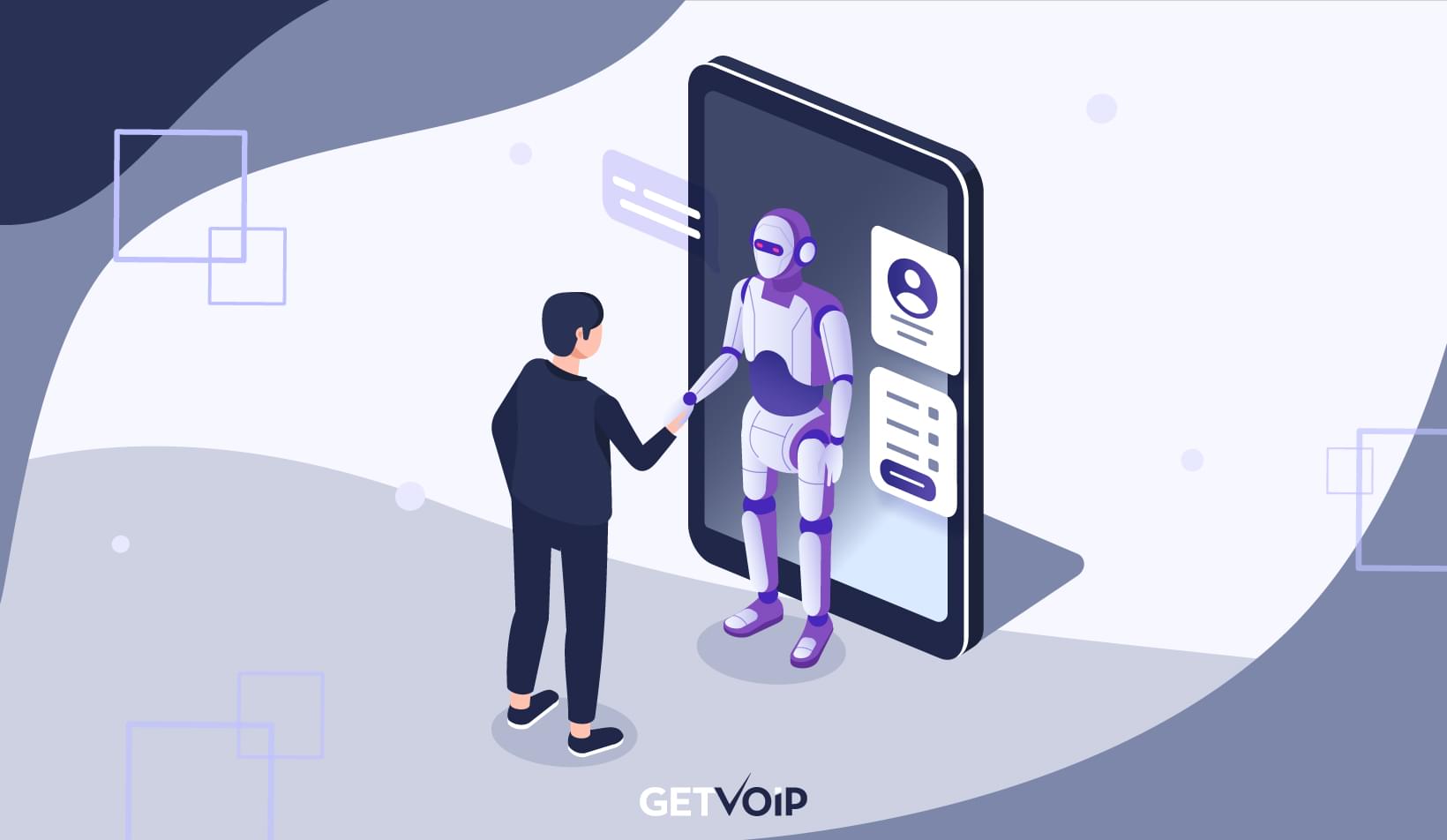 The larger your organization is and the more calls you’re fielding daily, the greater the benefit you’ll see from implementing conversational IVR. Granted, while a nail salon or book store might find some benefits in upgrading from a simple business voicemail greeting to a basic auto-attendant, a full-fledged conversational IVR is unlikely to be worthwhile.

That said, if your current answering system is four or five menus deep and your agents struggle with timely answers to some of the calls they receive during peak volume spikes, installing a conversational IVR is likely to be beneficial and may bring a return on investment sooner than you expect.

The best conversational IVRs out there can reduce live agent calls by half. They improve the accuracy of call routing and customer satisfaction. Every business owner knows that long menus and wait times keep customers from coming back.

Modern customers expect the best conversational IVRs in place to receive fast customer support and customer engagements that are as simple as possible.

Saving 10 or 20 seconds for agents and callers on each exchange might not matter for small businesses, but for large scale enterprises, that kind of improvement comes with broad-sweeping implications and huge savings.

What are the Benefits of Conversational IVR?

The average cost of a live agent customer service phone call can be more than $30 depending on who you ask and this adds up quickly if your company is handling thousands of calls, not to mention the overhead of hiring new staff. In one report, IBM reported that worldwide companies spend over $1.3 trillion to serve 265 billion customer calls each year.

Conversational IVR decreases the amount of time to serve each customer. It also serves more customers in less overall time. Conversational IVRs handle calls efficiently and with a consistency unmatched by live agents. They never break from company policy, for instance, and there’s less of a skill cap involved with machines – they can always continue improving.

Whereas customers once held a greater dislike for automated answering type technologies, opinions are shifting toward acceptance amid the rising adoption of personal assistants such as Siri, Google Now, Cortana, and Alexa. People are increasingly familiar with these technologies, the ways they can be used, and their limitations. Customer satisfaction numbers for popular voice-controlled assistants are as high as 80% or better depending on the platform and survey.

Conversational IVR modernizes traditional IVR concepts with technologies such as AI and machine learning, which can understand and respond to customer inquiries spoken organically instead of navigating push-button menu flows. So when calling a bank, for instance, you may simply be able to say “check balance” right off the bat instead of progressing through a series of menus before reaching that prompt.

After you’ve set up a conversational IVR system, follow our guide to avoiding some of the most common configuration mistakes.