SIP vs PRI Trunks: Is There a Clear Preference? 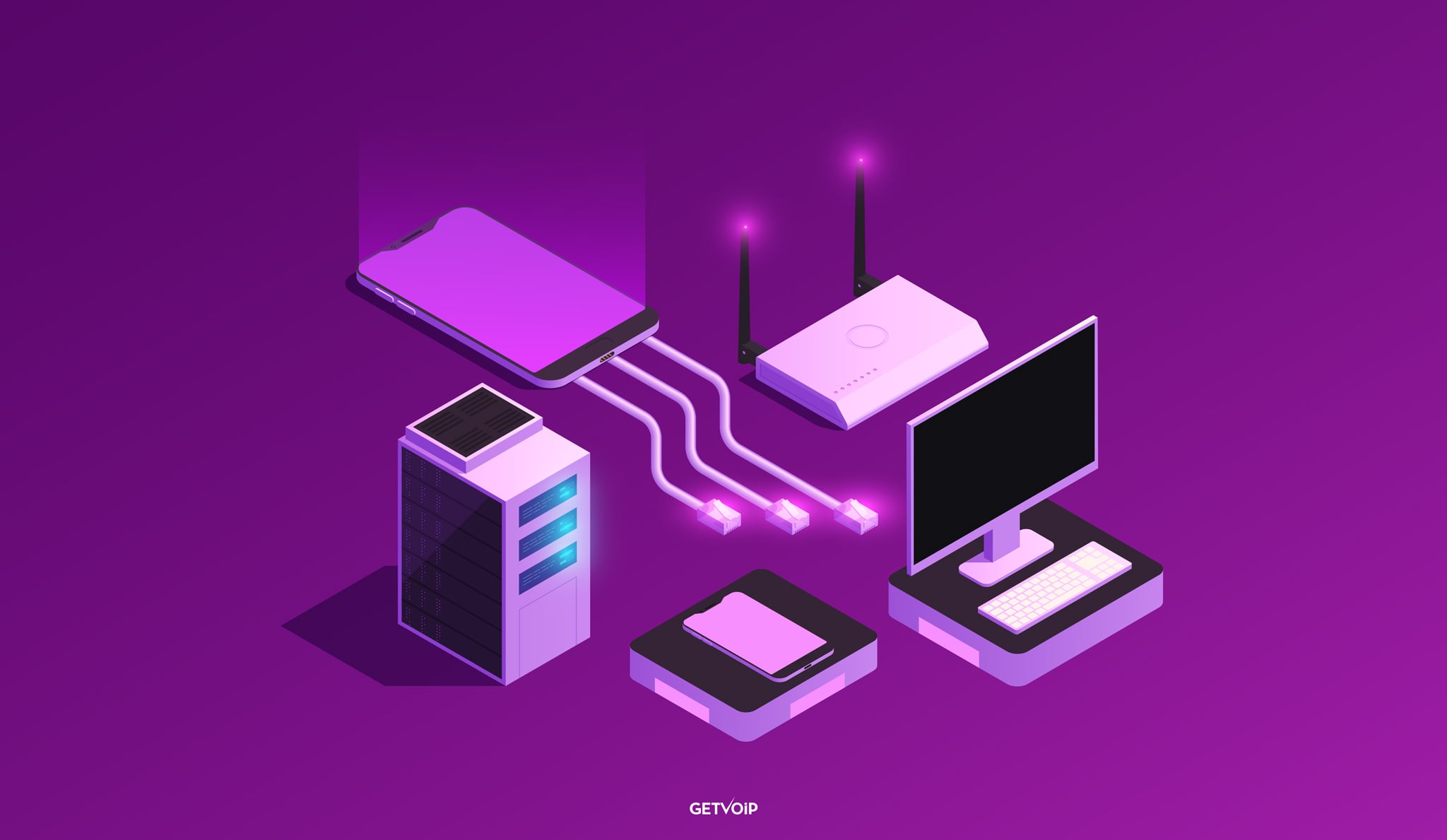 If you’re looking to boost your office’s telecommunications system, Public Rate Interface (PRI) and Session Initiation Protocol (SIP) trunking are two methods to consider. PRI and SIP are two common ways to deliver voice and data into your office via the Public Switched Telephone Network. PRI may be an older technology than SIP, but each system has its pros and cons. That makes it difficult to know the best option for your business.

In this article, we’ll discuss each of these technologies, along with the benefits and challenges that come with each. We’ll cover the following sections: 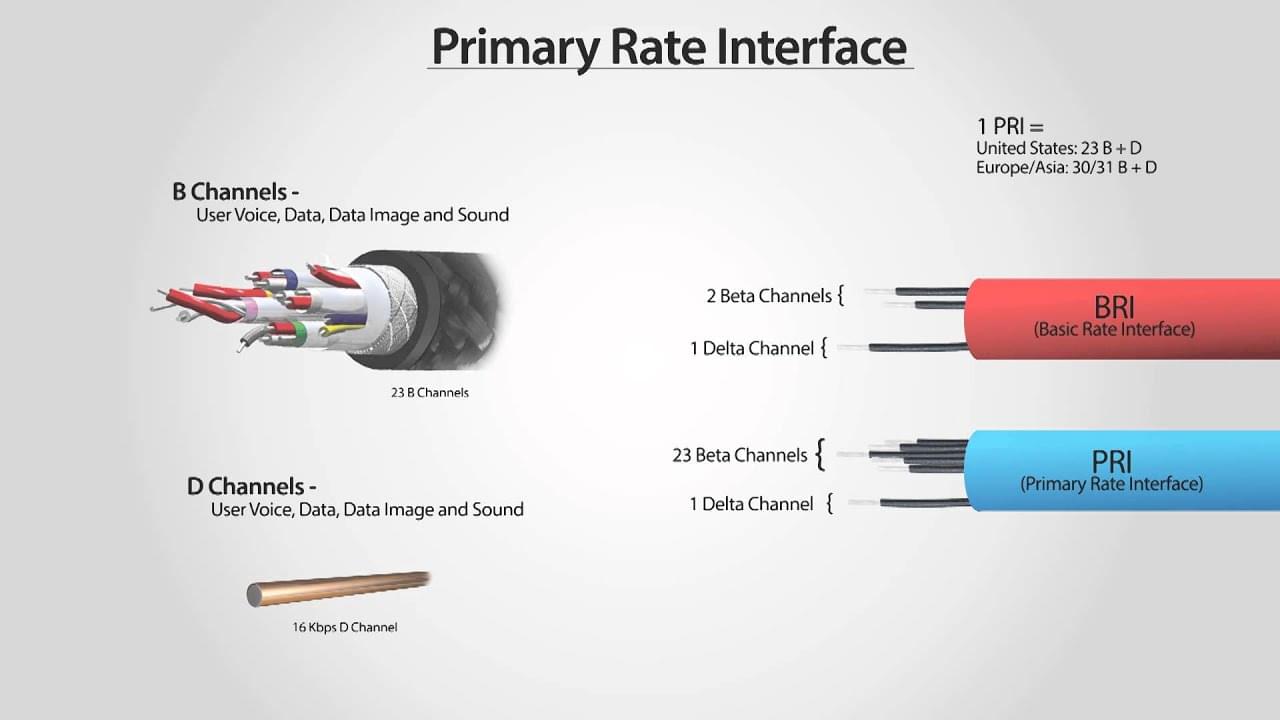 Primary Rate Interface (PRI) uses communication channels carried on T-carrier systems, which are digital voice transmission systems that utilize pulse code modulation and time-division multiplexing to carry data. This is done through physical lines made of copper, called circuits, in your building’s physical infrastructure to connect to the PSTN in order to transmit data, video, or files using a network architecture. It’s the standard for making calls on an Integrated Services Digital Network (ISDN).

These PRI circuits allow for multiple lines to be added to your existing PBX phone. That means that multiple users can have extensions and numbers on a single connection. The circuit supports up to 23 simultaneous video or audio chats at once. These lines are actually made up of two physical copper wires.

PRI is a technology that’s been used for phone calls for more than 30 years now, and there’s a reason that it’s still such a widely-used system. It leverages T-carrier systems to support digital voice transmission. This piece of tech gives users fast transmission speeds, making it a suitable alternative to IP-based phones like SIP trunking. Despite the fact that PRI systems don’t rely on the internet, they can still be used for file sharing, video conferences, and chats.

SIP is the technology that powers communication over IP networks. This protocol sends signals over the internet, which eliminates the need for a physical phone line to make a call. SIP relies on a packet-switched network, which is the transfer of small chunks of data across multiple networks. This makes for more efficient data transportation.

A SIP trunk is the virtual equivalent of an analog phone line that occupies a certain amount of bandwidth on a data line. They can host an unlimited number of channels, meaning it promotes scalability. With a SIP trunk, a user can make local, long-distance, and international calls over the internet. As it can easily handle voice calls, texts, images, and video, SIP technology is a great way to ease your organization into investing in unified communications.

Codecs ensure that the data is transferred in SIP calls correctly. They do this by converting the audio or video signals sent by your device into a compressed digital packet. Codecs vary by compression — either G.711, which provides high-quality service but needs a stronger internet connection or G.729, which doesn’t need the same level of connection but may provide a lower-quality call.

SIP and VoIP are sometimes used interchangeably, which is incorrect. They are both protocols for making calls over the internet, but they do so in different ways. Voice over Internet Protocol is the general term for any phone call made over the internet instead of a phone line. SIP is more specifically the protocol that initiates, maintains and terminates conversations in VoIP applications. SIP is actually the protocol that allows those calls to happen.

Pros and Cons of SIP vs PRI

PRI and SIP Trunking are often compared to one another, as they are both ways to connect your business to a telephone network. Both require a Private Branch Exchange (PBX) in order for users to make calls. But at the same time, each protocol has its own differences that set them apart — the most concrete of which is how they specifically connect to the PSTN.

Each technology offers its own pros and cons, and here’s a breakdown for SIP vs. PRI:

Who is PRI Best For?

If call load and quality is your top priority, PRI is the right option for your business. This is the protocol that large teams who spend a lot of time on the phone should consider.

With SIP, you have to consider how many team members will be making calls during peak business hours and ensure you have the internet bandwidth to support that — that’s not a problem with PRI. This technology will also ensure calls are made with the highest quality possible.

Who is SIP Best For?

If you anticipate your organization will be scaling over time, SIP technology is the right phone system for you. With its low cost and potentially large ROI, SIP is the right choice for a growing company.

This is ideal especially if your company is just starting off. As Eastern Management Group reports, “North American businesses using SIP trunking [save up to] to 70%, while that figure jumps to 82% for Western Europe and somewhere in between those two for LATAM and APAC.”

This technology is also ideal for organizations with little-to-no in-house IT support, such as startups and small businesses. These phone systems can handle as many lines as you need, and they can be added quickly as well. You just need to ensure your existing PBX system is compatible with a gateway. But as long as it does, SIP is the perfect technology to scale with your business.

SIP Trunking vs. PRI — Is There a Clear Winner?

While PRI and SIP tend to work better for specific types of businesses, it really all comes down to your organization’s specific goals and business needs. You can even use a combination of both with hybrid trunking, which is where a business could use PRI for local calling and then uses a SIP trunk from a hosted service for international calls.

But no matter the route you want to take for your business communications, it will likely involve updating your phone. If you’re ready to learn how to update your legacy phone to one with internet-based communications, take a look at our interactive comparison tables of business VoIP providers.  You can read reviews for each vendor and ensure they support the business phone service that is best for you.