What is a Hybrid PBX Phone System? 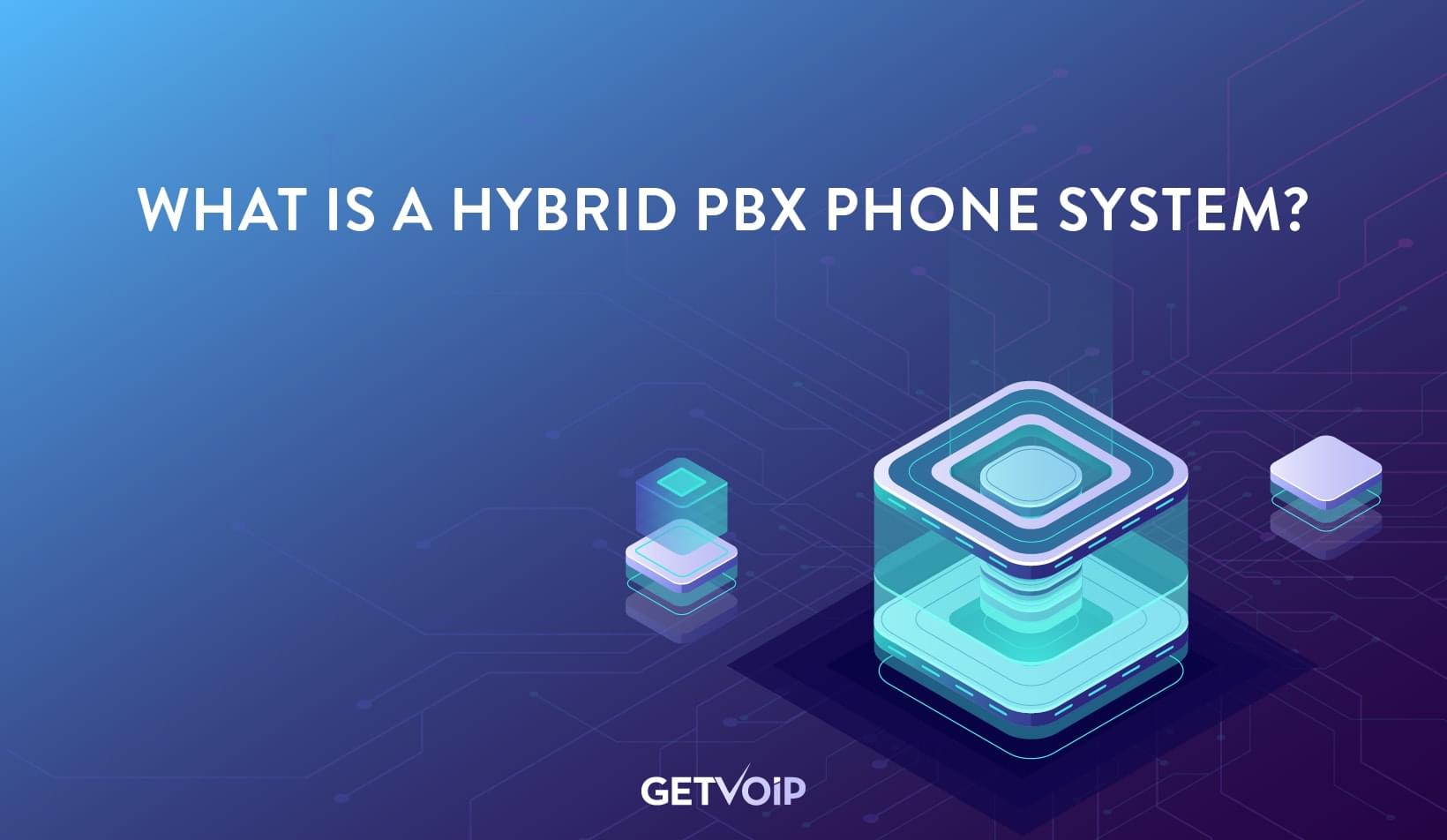 A PBX stands for “Private Branch Exchange.” A private branch exchange is the internal network of phones, which connect as a group, not individually, to telephone trunks. Many businesses are making the switch to fully hosted PBX solutions, but there is also a way to combine your existing PBX infrastructure with cloud functionality. This is called a “Hybrid PBX,” or a “Hybrid-Hosted PBX.” A hybrid PBX can provide the best of both worlds. It also, of course, has drawbacks.

A hybrid PBX combines existing legacy PBX equipment with VoIP. A PBX connects internal users to the outside world with a PRI or BRI, which has 24 channels. There are often many PRIs to connect hundreds of phones. In a hybrid PBX, these PRIs connect to a device—this is the Hybrid PBX itself—and the two devices connect to the outside world via both PSTN trunks and SIP credentials. The hybrid PBX also has many IP extensions to connect directly to IP phones in the office. On one side of the device, there are number of Ethernet and telephone jacks; on the other, there is usually a WAN (to the internet), a LAN (to the internal network), a console port, and LED lights to indicate which lines are active. Asterisk, and its many derivatives, is the most popular method of deploying hybrid PBX.

A hybrid PBX has many of the same great features you can expect from VoIP services, including call rules, auto-attendant, and hold queues. The hybrid PBX also has the capacity for virtual conference rooms, fax over IP, and videoconferences. The hybrid PBX also can do SIP trunking. The most important feature of the hybrid PBX is that if either the legacy PBX or the VoIP server isn’t working, it automatically switches over to the other network.

One of the biggest benefits to having a hybrid PBX is for remote offices and secondary locations. Calls from one office to the other go through the hybrid PBX, so there are no long-distance charges. If a location is temporary, such as an amusement park or construction site, you can use cordless phones to connect directly to the hybrid PBX instead of going through the building’s telephone lines.

One of the biggest benefits to having a hybrid PBX can also be its biggest drawback: cost. You have to buy and maintain an on-premise device. The largest hybrid PBXs are well over a thousand dollars. But, you can end up saving money in the long term by owning your own equipment, rather than having a third party host your PBX.

From our perspective, the biggest benefit to having a hybrid PBX is that it makes it much easier to transition to a full VoIP and hosted PBX solution. It can be expensive and a little psychologically unsettling to make the jump to VoIP, especially if you think your phones work “just fine the way they are, thank you.” On top of that, many vendors lock you into long-term service contracts. Given those realities, it makes sense to have a new office, or new phones in an office, be IP phones, while still maintaining your existing infrastructure. Compare hybrid PBX solutions for your business.

What’s the Difference? On-Premise vs Hosted vs Hybrid UC Solutions
Business VoIP vs Traditional PBX Systems: Everything You Need to Know