SD-WAN vs MPLS: Which Business Network is Best? 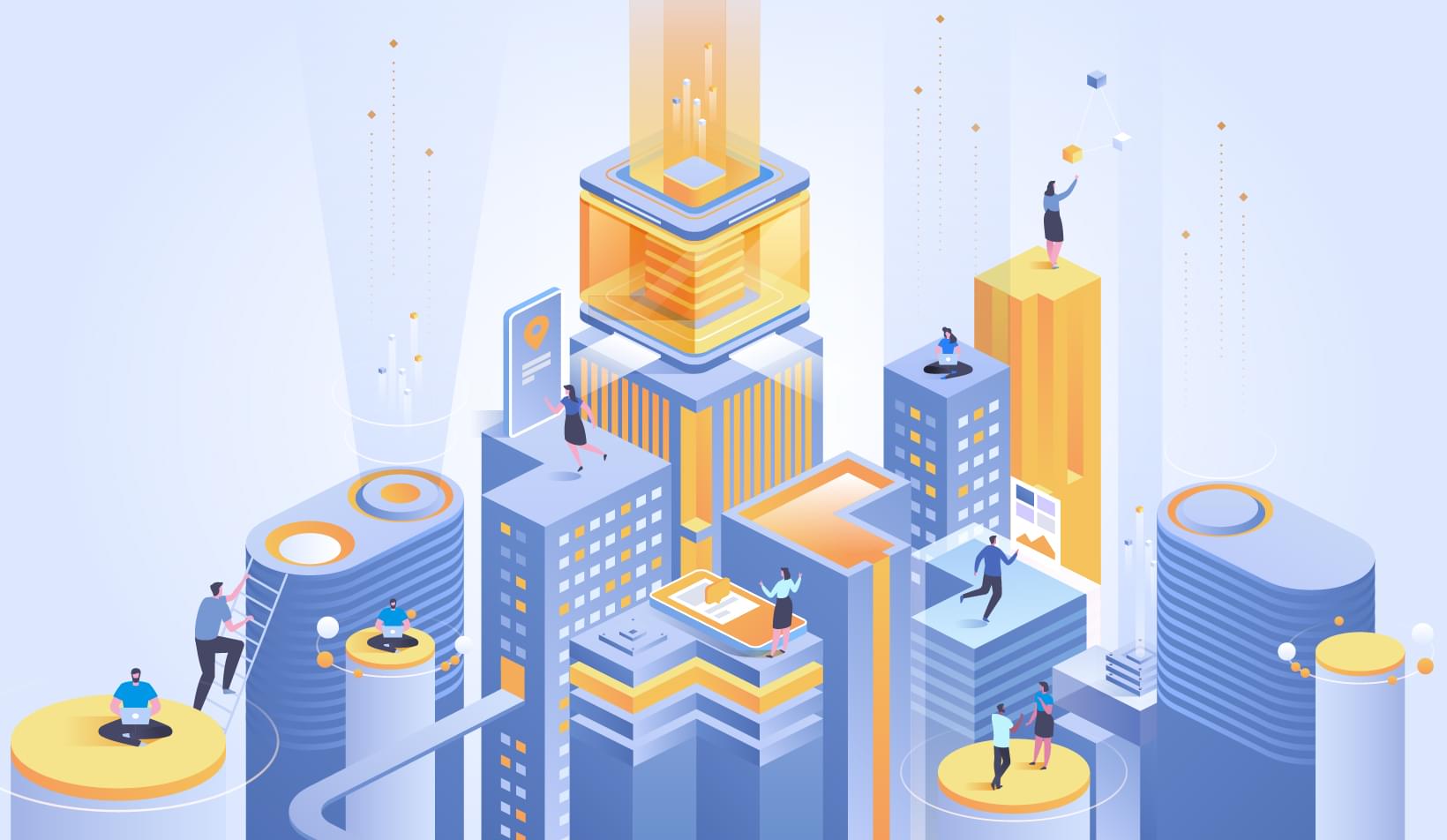 As your business scales upwards, your network has to grow with the demands of the company. For many, this means forming a wide area network (WAN) to better manage traffic and app utilization on the network. For years, MPLS systems that either use copper wire or fiber optics were the standard. These T1 and T3 WAN connections are very reliable, and they help make larger businesses have more streamlined connectivity.

Still, connections with MPLS architecture can get very expensive, which is why cloud-based SD-WAN architectures are becoming increasingly popular. SD-WAN uses broadband internet without sacrificing the speed or security of your WAN. Still, you may be wondering about who wins in the SD-WAN vs MPLS debate. In this guide, we’re going to answer that question. 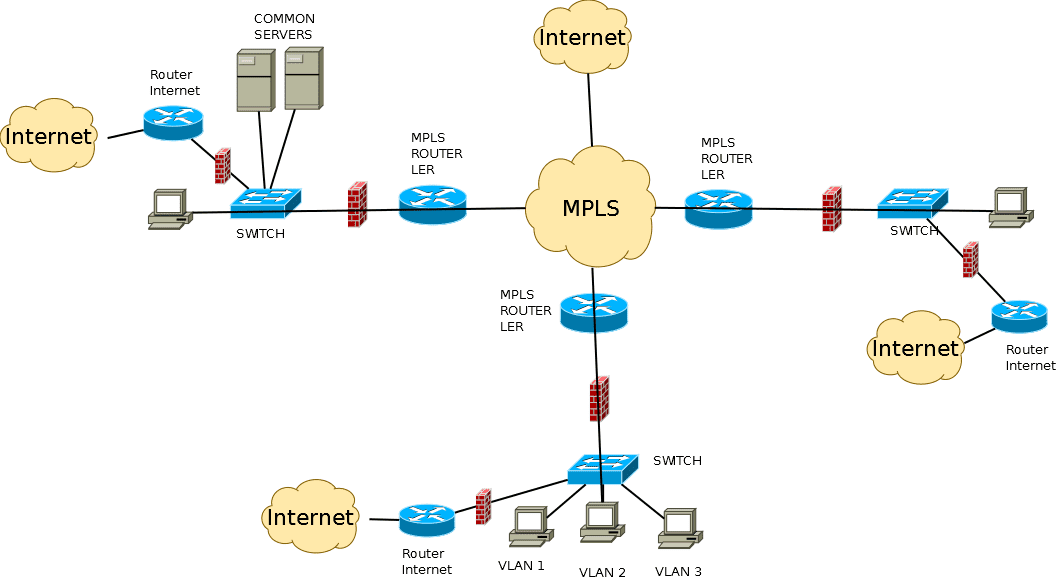 Wide area networking (WAN) requires the management of two networks: the network that carries the internet and the network that connects your offices. Traditionally, businesses have cut costs by using a connection to bridge their networks using an MPLS provider.

MPLS is considered the cheaper method of managing network performance thanks to its simplified system of packet forwarding, especially compared to other options like leased and dark fiber. Here’s a quick breakdown of the hardware-based WAN management technologies.

Multiprotocol label switching (MPLS) is rented from a service provider and uses their network to bind the different branches of your network together. The larger the required bandwidth, the higher costs with MPLS. This is a very dependable means of creating a connecting your various branches to a more extensive network. MPLS backhauls all traffic to a central data center for the sake of stability.

Like MPLS, leased fiber connections require a service provider. This type of connection virtually wires your various branches together with a physical link using fiber optics. This is a more expensive option than MPLS, but with a direct connection, your network with have excellent stability.

Dark fiber doesn’t differ much from leased fiber except that you own the hardware for this kind of connection. This ends up being the more expensive of the three physical connection types because you’ll have to dig the trenches for the fiber and also maintain the fiber as your company uses it. At best, with dark fiber, you can purchase the existing equipment from another organization for slightly lower costs. Since you manage dark fiber connections, there is no service level agreement (SLA).

Each of these networks may have their own internet access, which is called direct internet access (DIA) from the branch. No matter if you use MPLS, leased fiber, or dark fiber on a traditional WAN, you’ll need a router to manage data traffic flow and control, which are called the data plane and the control plane.

These kinds of systems are very reliable, but there are a couple of drawbacks that keep them from being perfect:

Software-defined wide area networks (SD-WANs) aim to make the routing experience much more scalable and more easily managed compared to methods like MPLS and fiber connections. As the name indicates, there’s a reduced reliance on physical routers thanks to software-defined networking (SDN). The control plane is created via software, so you decouple it from the data plane.

The control plane is managed by two distinct mechanisms.

vSmart connects to whatever network transport (standard internet, 4G LTE, MPLS) you have and provides a secure means of critical application and routing control. One of the best features of vSmart is its ability to have a low number of instances compared to purely MPLS-based WANs. Additionally, since the control plane management is in the software layer, routers using SD-WAN only need to have the data plane. These routers are called vEdge or cEdge based on whether Viptella or Cisco produces them.

You’ll always need an interface to interact with the routing system with any type of WAN-based network. vManage is a system that provides a graphical user interface (GUI) that allows you to make minute adjustments to the system. The user experience is very intuitive and simple for anyone managing the network.

The combination of vSmart and vManage enables the entire WAN system to use software-defined networking. This also means that the CPM layer is completely decoupled from your edges.

SD-WAN streamlines the control and data planes and makes the setup more scalable while allowing companies to become less reliant on router architecture. Instead of having routers that incorporate both planes, SD-WAN setups allow users to move from on-premise to the cloud. This means that routers are more focused on data transmission rather than having both transmission and control layers being built in.

Having fewer control points also increases operational efficiency since it’s easier to monitor points of connection between the data and control layers when there are three to four instances of vSmart. Compare this to some MPLS-based WAN systems that may incorporate thousands of control points in thousands of routers, and you’ll see how this is much easier to configure systems for WAN management.

Carriers are also no issue for SD-WAN. It manages multiple connections through various carriers without a loss of security thanks to its software. Even with service providers involved, SD-WAN configurations automatically route data in the most efficient manner possible. With the decoupled control scheme, your organization has the same “traffic cop” functionality that’s available through MPLS. Effectively, you’ll be able to decide which applications get more bandwidth by merely making changes in vManage.

Since SD-WAN is internet-based, it also has to have a much more secure layer of protection compared to other systems. The vSmart control system has built-in encryption that effectively blocks external access.

It also has better integration with internet services and programs on the cloud like Microsoft Azure and Amazon Web Services. An increasing number of applications are cloud-based, especially in enterprise environments. MPLS’s traditional architecture would send internet-based application traffic from cloud-native things like SaaS, UCaaS, and CPaaS applications back to a data center to be distributed.

Transmission back to data centers would slow down these services and make cloud-based VoIP systems more prone to signal and packet loss. MPLS also introduces an extra step in distribution, which increases costs due to the additional bandwidth requirement.

With an inherently cloud-based structure, SD-WAN makes the distribution of services like this much more lossless since it skips the data center step and provides direct connections. You end up with a higher quality of service (QoS) when sending files, making calls, or performing web conferences.

How Does SD-WAN Impact Team Structure?

The cloud brings technology out of the data center, so it shouldn’t be too surprising to find out that SD-WAN has reduced IT requirements. You won’t need a team to make adjustments to the WAN; hardware requirements are met much easier at the vEdge or cEdge router level, and a single administrator group applies security features and routing policies to the entire WAN through software control points.

MPLS isn’t going anywhere. Many large businesses, like those in healthcare and research, still use MPLS to provide a stable networking system for their data transfers. Systems like PRI and MPLS connections offer a stability that is useful for things like VoIP calling and video conferencing. This is due to the higher packet availability, which increases traffic predictability during data transfers.

Still, MPLS’s backhauling of all network traffic back to the data center causes problems, especially since many modern businesses are using cloud-based solutions. For this reason, consider a hybridized approach.

Your WAN can still run using MPLS but have its control schema and router management be entirely software-defined. This grants a high level of scalability and saves organizations money. This is a method that saves companies on network restructuring but allows better application control and makes running cloud-based apps and systems more streamlined.

A hybrid solution also works very well for those businesses that have a more mobile workforce. MPLS allows these smart devices to reach the data center, and SD-WAN connects these same devices to the cloud-based applications that are at the core of modern business. The bring-your-own-device (BYOD) style of work is becoming more common, and MPLS-based data centers have been adding head-end boxes to increase security when connecting to devices and mobile apps.

Is MPLS or SD-WAN Better For Business Networks? 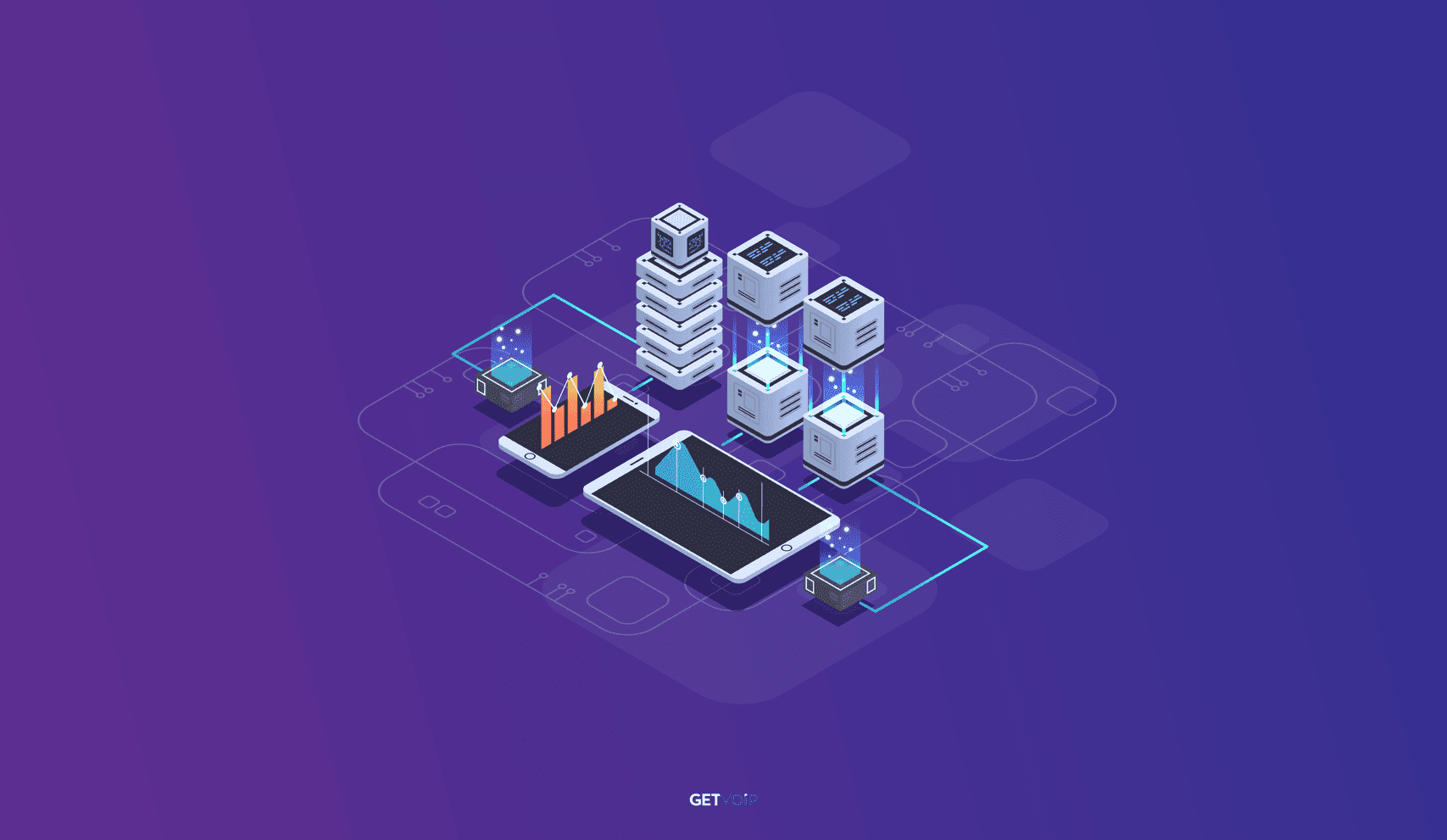 A useful way to understand how SD-WAN compares to MPLS is to create an analogy with VoIP, as we did in our SD-WAN buyer’s guide. VoIP is a communications technology that uses the internet to connect to traditional PSTN copper lines. Unlike those PSTN services, business VoIP systems aren’t bound to that specific cabling but can still create calls to people who are on traditional phone connections. Things like long-distance copper wiring are expensive to maintain and install, and moving to VoIP is a way to decouple hardware from communications.

SD-WAN offers a similar advantage. Rather than using a connection that’s wired via MPLS, leased fiber, or dark fiber, you’re using the public internet to connect offices. As a result, there’s a reduced price for infrastructure, and the bandwidth cost is less expensive. The other technologies get very expensive as you add bandwidth, and the process of adding this can take anywhere from three to six months due to system-wide hardware upgrades.

The network transport (the type of internet) you use is entirely up to you with SD-WAN, and the price per megabyte is significantly lower than with MPLS. With SD-WAN the CPM is decoupled – the control plane is entirely software-based. Routers (edges) are entirely dedicated to routing information rather than needing to house a CPM system.

Despite this, there are still arguments for MPLS. With MPLS, packets are delivered reliably. This is because they are virtually isolated via a fabric layer that creates an interface between the two planes. This system also allows administrators to assign higher bandwidth priority to certain applications on the network. Conferences and voice calls over VoIP connections won’t suffer from jitter and latency, which is a reason some businesses may prefer a hybrid WAN configuration.

Managing your business’s various branches and data centers is integral, and while MPLS is a useful system for management, SD-WAN is clearly the next stage in WAN control. SD-WAN has a streamlined control scheme, is easy to deploy, and also grants a high level of security thanks to vManage and vSmart architecture and end encryption.

Still, hybrid solutions help you save by using SD-WAN to manage cloud- and internet-based applications and saving MPLS for things like VoIP calls and unified communications. You can even use MPLS in your current branches and still have an SD-WAN deployment in newer offices.

SD-WAN is a technology that streamlines how you control your network, but it’s not the only one you’ll need for bringing your various branch offices together into a cohesive whole. Check out more about enterprise VoIP so that you’re using the right solutions to meet your business needs.