Polycom and Mitel Merger Off, Polycom To Go Private 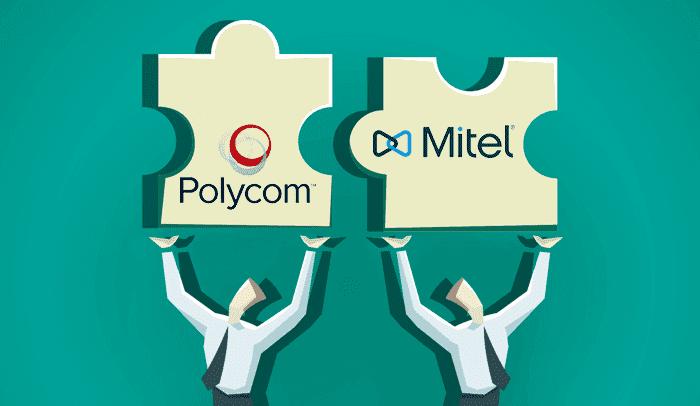 And just like that, the mysterious Mitel and Polycom merger seems to be no more, after Siris Capital Group, LLC announced today a new binding offer to acquire all outstanding Polycom shares for a price of $12.50 in cash. The transaction, fully valued at $2.0 billion, beats out Mitel’s $1.96 billion offer originally announced on April 15.

In their own statement, Mitel has waived their right to match the offer from Siris. Polycom has indicated it will fully terminate the agreement with Mitel, and pay a $60 million termination fee. Which makes one wonder, why the sudden change in heart?

According to Siris’ release, “the all-cash transaction is valued at approximately $2.0 billion, including Polycom’s outstanding debt, which represents a premium of 13.6% to the current value of Mitel’s offer, based on Mitel’s closing share price as of July 7th, 2016.”

What Does Mitel Think?

Richard McBee, President and CEO of Mitel said their original offer followed a “rigorous and disciplined approach,” and felt the agreement accurately reflected the value of Polycom.

“We feel it would not be in the best interest of Mitel shareholders to adjust the existing agreement,” said McBee. “While I am disappointed that this particular transaction will not move forward, I am confident in Mitel’s future as an industry leader and as a market consolidator. I wish our colleagues at Polycom, with whom we have worked closely for the past several months, ongoing success in the future.”

Where Mitel will move from here is another curious prospect. Our original thoughts on the merger, when it was still rumors, questioned the deal and what it would mean for partners and existing services. Based on McBee’s confidence, it could hint at another possible acquisition up their sleeve, or maybe a shift in directions. Acquisitions seem to be a strong aspect of Mitel’s business strategy, and with a number of successful moves in the company’s history like the Aastra acquisition in 2013.

On the other hand, this just adds another drop in the bucket of some of their less than successful mergers, such as their attempt to acquire ShoreTel in 2014. It will be curious to see where they go from here, and we’ll have to keep an eye on any upcoming moves – but only time will tell for certain.