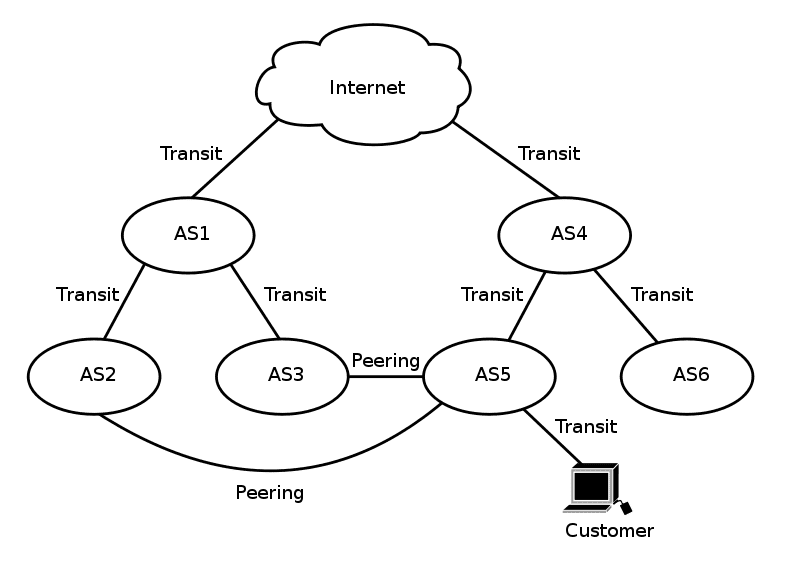 Peering is when two major internet providers exchange network traffic with each other freely. This is in contrast to “transit” or “customer” network traffic, in which one network pays another network for access. Two or more smaller ISPs can both save money and make their network traffic move faster with a peering agreement, because the network traffic is handed directly from one provider to another, rather than go through the internet backbone of major ISPs.

Peering is done by connecting two networks by a switch. Peering can be done between two networks that have servers in the same colocation facility, which is the method that most peering is done. Peering can also be done not technically, but contractually, in which the two providers agree not to charge each other for their respective network traffic. Peering is also done through Session Initiation Protocol. With SIP peering, the SIP server creates a dialog between two SIP addresses, creating a Peer-to-Peer connection.

Peering has many advantages and disadvantages, and, paradoxically, the many of the same qualities that make peering agreements a good thing can also make it a bad thing. The network is decentralized, which is good because no one network outage can affect all of the traffic; it is also bad because decentralized networks are less secure, and more difficult to administer. It is good to have network agreements that save money, but at the same time, the ISP must build and maintain its own infrastructure rather than use a major carrier’s network. Most movie and music downloads are done from P2P networks; but, some of these are legal, and some are illegal.