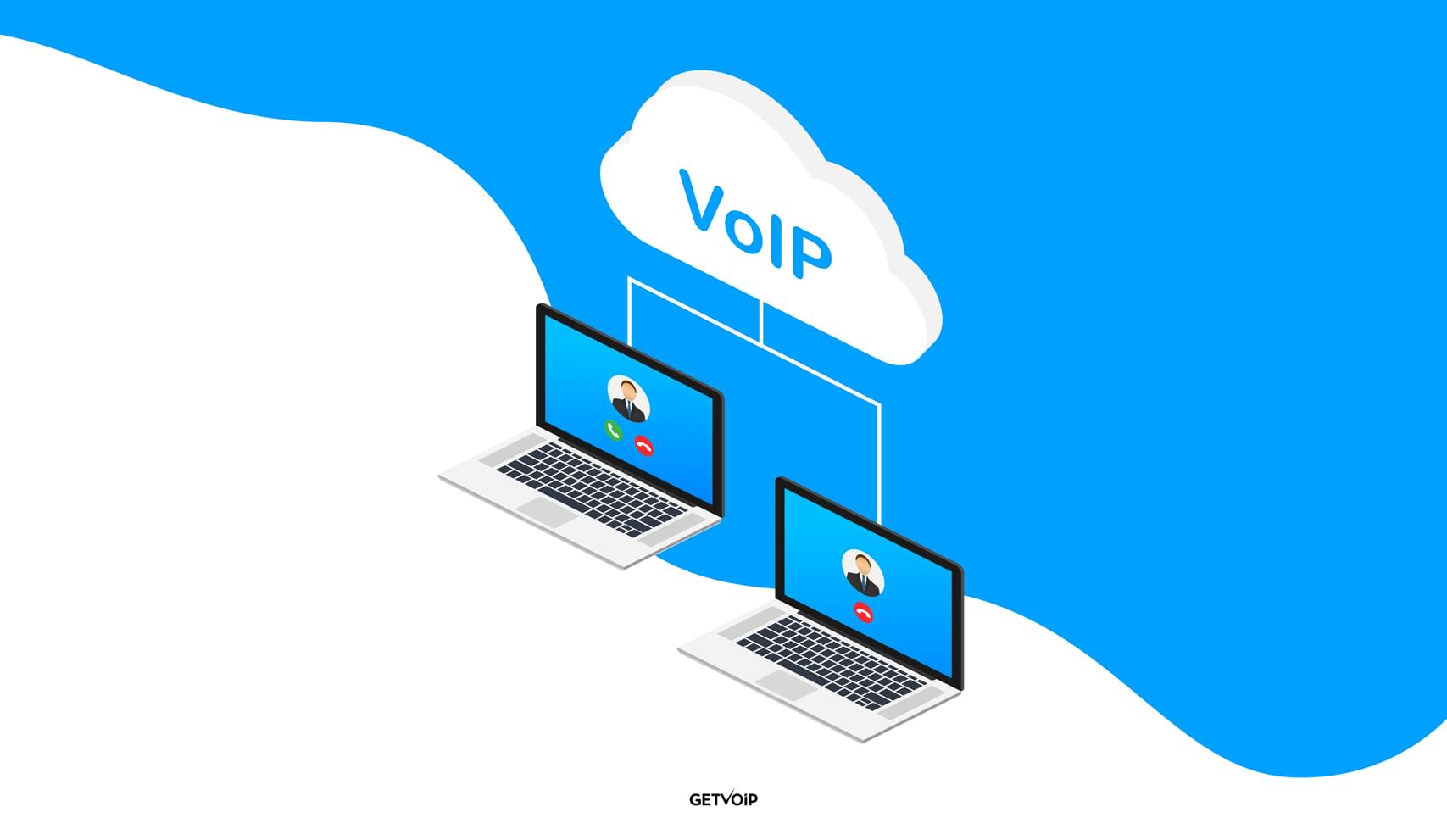 In a short period of time, VoIP has forever revolutionized the way we communicate. Applications in residential, business, and beyond allow for a wide range of capabilities and options that simply weren’t available with older systems.

In short, Voice over Internet Protocol (VoIP) is a method for taking analog audio signals, like the kind you hear when you talk on the phone, and turning them into digital data that can be transmitted over the internet. This is an incredibly stripped down explanation, so let’s delve deeper into what makes VoIP tick.

The use of codecs is what makes VoIP possible – helping it run both smoothly and consistently. Voice over Internet Protocol uses computer algorithms called “codecs” to convert the voice signal from your telephone into a digital signal that is then transmitted over the internet.

If you are calling a regular telephone number, the signal is then converted back on the other end by switches that are near your terminating phone. This is why every call is a local call with VoIP. If you are calling another VoIP phone, the extra bandwidth allows for higher-quality audio, and even video and multi-way conference calls.

There are a vast number of codecs that make VoIP work – each with their own function. One of the most common codecs is the G.711 codec, which samples audio at 64,000 times per second. To create a visual, think of this voice data being processed multiple times and compressed into a small fragmented package that’s then reassembled once it reaches the caller on the other end of the line. This is actually very similar to PSTN phones, which convert voice signals into electricity that’s then converted back into an audio signal on the other end of the call.

Codecs typically vary in sound quality based on computational requirements, available bandwidth, etc. In a cross-section of various services, platforms, phones, or other elements that contribute to VoIP, one can find various devices, and each device supports its own roster of codecs. In the event that those two devices are communicating, they will negotiate as to which codec(s) will be used to best make a clear transmission.

As an alternative to circuit switching, packet switching optimizes your conversations over VoIP to an “as needed” basis. In other words, silent intervals or dead air are mitigated in transmission or not sent at all. Data networks simply send and receive data only when necessary.

Through this method, a brief connection is opened up, which sends chopped data into small packets that are tagged with a small address indicating where they should be sent. Inside of each of these packets, you will find a payload – the file being transmitted that is most crucial.

Once sent to the router, it is transmitted from as many different connections as needed until it finally reaches the receiving computer or device. The journey is complete, and the packet begins to transmit instructions as to how to reassemble the disparate data into its desired conveyance.

Since packets can be broken down and reassembled rather than stay in one piece, it is much more efficient—and therefore cheaper—than using a traditional phone system. Additionally, packet switching frees up the ability for computers to handle other tasks while packets are being transmitted.

Analog Telephone Adaptor (ATA): With an ATA, you hook one end up to your existing telephone and the other to your cable modem. The ATA converts the voice signal into digital data, which is then sent along the internet until it reaches the called party.

ATAs are the most simple way to convert over to VoIP; it requires you to plug your old phone cable (RJ11) into the ATA from the device you’d like to convert while running an ethernet cable from your network to the adapter (see diagram). Once you have powered on the ATA, you’ll be equipped to make voice calls over the internet. [note: Setup will sometimes require installation and setup through software included with the ATA.

Soft Client: The most popular applications are Skype or Google, which leverage web-based platforms as opposed to actual hardware (besides the hosting device). The technical term for these kinds of devices is a “softphone,” because, in the purest of forms, it is the compounding of software into the function of a phone.

Many providers offer soft clients as auxiliary or backup calling platforms, essentially sharing the same line when in use as your desktop phone, for instance. These clients are not limited only to desktops or laptops – as they’ve found their way onto VoIP ready devices like smartphones and tablets. Leveraging existing features of the host platform (such as cameras, built-in microphones, etc), softphones have gained popularity as a dependable, and at times, the preferred method for making VoIP communications work.

IP Phone: The third way VoIP works is through dedicated “IP Phones”, designed specifically for VoIP. Instead of using RJ-11 phone connectors, IP phones use RJ-56 Ethernet connectors to plug into the web. Most IP phones connect directly to your modem or router with newer and advanced models even connecting to networks wirelessly. Aesthetically, most VoIP phones closely resemble traditional phones (12 digit keypads, handset, and cradle) with capabilities that far exceed those of their predecessors.

IP phones take full advantage of internet connectivity, providing real-time reports on incoming calls, detailed call logs, and more. The rapid progression of IP phone development has been fueled by companies like Polycom and Cisco. They have integrated video conferencing into VoIP calls via built-in or mounted cameras, along with a multitude of new developments and applications that are in full swing or still on the way.

As an internet-based technology, VoIP has severely reduced hardware requirements when compared to traditional PSTN calling. For example, with traditional landlines, you’ll need access to a copper line system for relaying calls, phones, and perhaps a private branch exchange (PBX) to manage calls in your organization. With VoIP, you’ll typically need only any hardware associated with your internet connection and VoIP endpoints.

VoIP endpoints are any hardware device that you use to connect to your service provider. This, of course, includes VoIP phones, but this can also include computers that run softphone software or simply computers with browser connections.

As a result, you’ll find that you’ll be much less hardware reliant with a VoIP connection; you really don’t even need phones if you have computers on which to make calls. In fact, VoIP calling is even available on Google Android or Apple iOS smart devices -all you need is an internet connection (cellular or Wi-Fi). This creates a virtual phone system for your business.

Despite this lack of reliance on hardware, VoIP calling features are numerous. For example, call routing is a basic function in most VoIP service packages. Whereas features such as auto-attendants and IVR required hardware for PSTN, these are entirely software-based in VoIP. Other software-based services on VoIP include:

With a traditional landline, phone numbers are static because they are tied to a specific location. For this reason, if you were to call 911, the dispatch team would know where to send emergency services. VoIP, on the other hand, has a different approach to numbers. While VoIP numbers have the same digit system of an analog phone, they are much less limited when compared to standard PSTN.

With VoIP, your provider can easily set up numbers to be quickly forwarded remotely or assigned to multiple devices. With features like remote call forwarding, you configure your calls to ring your desk first and then your phone or you can even have multiple devices ring simultaneously. Simply put, numbers are more dynamic because they aren’t tied to a specific line or device.

This is very useful when you’re entering a new market. With VoIP, you can employ DID numbers, which are sometimes called virtual numbers. With virtual numbers, you provide your customers with an easy way to reach you. For example, with a virtual number, you set up numbers in specific territories so that customers reach your business easier.

Instead of dialing into your main office’s area code, they use a local number that you supply, which will make them feel more like they are calling a local business. This also works overseas where a customer will reach your remote business at a number that seems to them to be located in their country.

Conversely, rather than create a local presence, you can use VoIP to create a national presence for your business. For example, rather than use a local area code (or country code), you can use a toll-free prefix. This makes the call free for the dialer, and numbers with 800 prefixes tend to give the appearance of being more extensive to customers. Finally, in addition to toll-free prefixes, you can also quickly create vanity numbers. These are easy to remember for customers because they incorporate words into the number – like 1-800-FLOWERS.

While 1-800 prefixes are nothing new, they are much more accessible with VoIP, so smaller businesses can use them.

There are multiple benefits to selecting a modern business VoIP provider; there’s cheaper calling, less hardware reliance, and most providers have significant uptime via service level agreements (SLAs) that are greater than 99%. Additionally, VoIP intersects easily with other technologies like unified communications as a service (UCaaS) and communications platform as a service (CPaaS).

VoIP provider quality and ratings vary across the board, especially with many services offering their own engine for making calls. For detailed reports from our expert team as well as consumers, be sure to consult our VoIP Reviews page to find out exactly what you’ll get with a particular subscription.