Maintaining a robust wide area network (WAN) is among the more expensive and challenging aspects of managing an enterprise network. SD-WAN or software-defined networking is being rapidly adopted among organizations with a desire to optimize network traffic across multiple locations while helping to reduce costs and increase reliability.

Corporate data coming from branch locations is no longer simply just being piped back to central data centers and is increasingly sent to remote locations in the cloud. This is true from several angles: Business software is moving toward cloud-based software as a service (SaaS) such as Office 365 and Salesforce, while companies have become more dependent on remote cloud infrastructure as a service (IaaS) such as AWS and Azure. This has made choosing an SD-WAN vendor a necessity in the modern office. 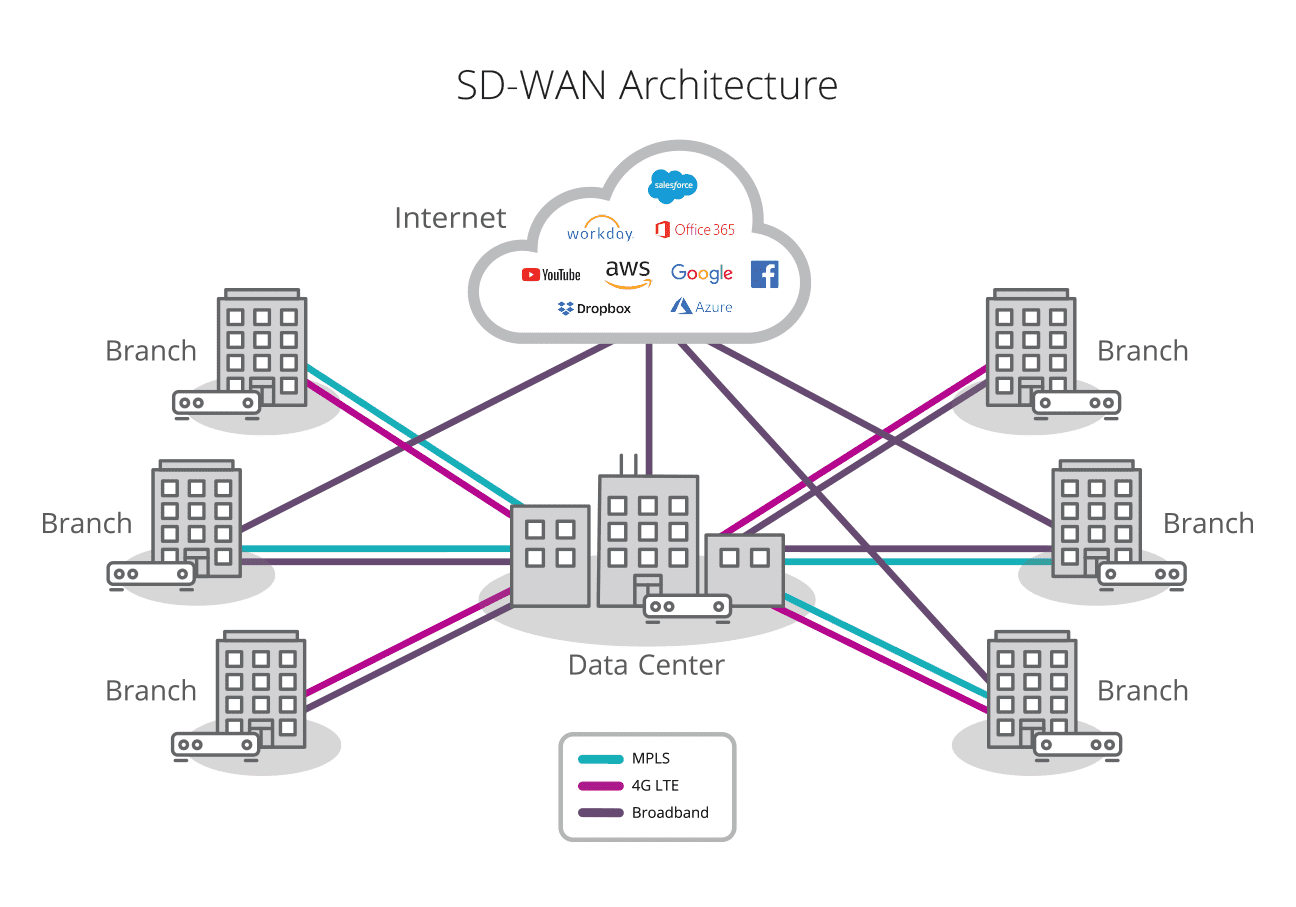 Companies are making the transition to SD-WAN technology as they enhance business processes with cloud productivity applications, unified communications, and omnichannel engagement. Likewise, there’s a rising demand for bandwidth on across the board and an ever-pressing desire to reduce spending, limit oversubscription, and improve WAN performance.

Traditional traffic patterns are being disrupted in a way that previous approaches to networking are no longer efficient enough to address modern needs and the SD-WAN market is quickly becoming the powerhouse in traditional branch routing solutions.

According to Gartner, the market spending on SD-WAN products equaled or exceeded more traditional solutions in 2018. By 2021, the market for SD-WAN service providers is expected to reach $9 billion while antiquated alternatives will dip to around $1 billion.

“By year-end 2023, more than 90% of WAN edge infrastructure refresh initiatives will be based on virtualized customer premises equipment (vCPE) platforms or software-defined WAN (SD-WAN) software/appliances versus traditional routers (up from less than 40% today).” – Gartner Magic Quadrant for WAN Edge Infrastrucutre

What is a WAN (Wide Area Network)?

Whereas local area networks (LANs) connect devices such as computers and smartphones to a network in a small area like your home or office, wide area networks or WANs connect these different locations across great geographical distances – such as with the Internet as a whole. In the context of an enterprise organization, WANs expand on SDNs and involve the interconnection of each company location so that every base of operation such as branches or headquarters is networked together and traffic can flow between all points.

While this can be accomplished using regular old broadband Internet connections, this places a company’s data flows at the mercy of the public Internet. Business traffic is often sensitive, containing critical information about a company that often needs to be transmitted in a timely fashion with a high priority for quality of service.  This is why VoIP services like Mitel will always boast a private connection to their network to eliminate the negative impact Internet traffic can have on voice quality and QoS.

Because of these requirements, enterprises often opt to establish WANs that can provide a greater level of traffic priority, as is offered by T1/T3 as well as MPLS connections and now SD-WAN companies.

What is MPLS (Multiprotocol Label Switching)?

MPLS has become the standard technology for creating enterprise WANs. It establishes a private connection between two or more company locations and is essentially a private cloud that can cost upwards of 10x more than conventional broadband Internet connection while not offering the same amount of bandwidth.

MPLS offers a series of priority queues or tiers into which application traffic can be tagged and mapped for quality of service. This allows MPLS connections to provide greater performance guarantees than if an enterprise were to pipe all of its traffic over the public Internet.

Looking back further than MPLS, older T1 connections are still used by some organizations today but have become largely insufficient for high demand scenarios such as those that involve lots of voice, video and multimedia traffic, as well as a large number of guest or customer Wi-Fi connections such as in a hotel or hospital.

Some companies even rely on local ISP broadband connections at each site but then use VPNs (virtual private networks) to establish a connection between those sites. While this approach is used by some organizations, it offers less performance, particularly for real-time applications such as a VoIP call, not least because VPNs add extra header information on each packet for encryption.

Although MPLS connections provide a quality of service guarantee that can’t be matched by public broadband or other approaches to establishing enterprise WANs, MPLS technology has its shortcomings.

Again, the amount of bandwidth provided on MPLS is less than standard broadband Internet connections and yet MPLS lines can cost upwards of 10 times more. It’s also expensive and time-consuming to expand an MPLS network, which doesn’t have the same level of traffic prioritization capabilities as SD-WAN and may not be as reliable or resilient in the face of an outage.

MPLS networks are less adaptable and flexible when it comes to managing and optimizing traffic flows, and given their limited bandwidth, companies will often over-provision the capacity required to ensure performance levels. In the event of an outage, backup connections are often in place but infrequently tested and may not work as expected. Failover to the alternative circuit may not be immediate, in which case session-based instances such as VoIP calls will be interrupted.

This is a key area where SD-WAN vendors shine. In the presence of multiple network circuits, such as MPLS, wired broadband Internet and wireless 4G LTE, SD-WAN companies can route traffic across the best circuit in real-time based on the status and capability of a given connection. Traffic can be provisioned and optimized in real-time depending on the specific needs of individual applications and thousands of devices can be managed from a single virtual interface.

What is SD-WAN (Software-Defined WAN)?

Amid the rapid adoption of cloud-based applications and services, a significant portion of corporate traffic is already moving over the public Internet instead of remaining inside a company’s WAN – whether based on MPLS or otherwise. SD-WAN can interface with many Internet and WAN circuits at once to dynamically route traffic across the best circuit. It monitors the quality of connections and the speed at which a specific type of traffic will reach its destination when traveling over a given route.

By being aware of the performance between all connection points, SD-WAN can send traffic over the most efficient route possible, whether that’s your enterprise MPLS line or a 4G LTE connection. If one of these connections is lost, SD-WAN will automatically and instantly reroute traffic over an alternative circuit so that session-based applications such as VoIP calls won’t be interrupted.

Compared to the handful of options for tagging and mapping MPLS traffic, SD-WAN may offer dozens or hundreds of ways to map application prioritization. SD-WAN typically comes with the capability of identifying hundreds or thousands of applications and the ability to map those applications into traffic queues.

So for example, a company might choose to route all internal unified communications and other internal traffic over MPLS while piping cloud application traffic, file transfers, and other latency-insensitive instances to business or consumer Internet services.

SD-WAN vendors provide visibility into both legacy and cloud applications, allowing organizations to monitor every Internet and WAN link including the quality that is being provided in terms of latency, packet loss, and throughput. SD-WAN addresses common issues that enterprise organizations face with networks: cost, complexity, performance, and flexibility.

While SD-WAN sends traffic over broadband Internet, MPLS may or may not be in the equation and is not necessary for launching a new office location. A new branch can get up and running with a simple broadband connection and SD-WAN can ultimately help reduce the networking footprint of a branch, bring branches closer to cloud and SaaS applications, and provide a single view over an entire network.

Because locations no longer require expensive MPLS lines, SD-WAN can often lead to savings by leveraging lower-cost Internet bandwidth. While SD-WAN packet delivery not quite as reliable sending packets over the Internet compared to MPLS because traffic must be shared on the public Internet, overall performance and bandwidth availability tend to be greater.

While SD-WAN can improve the performance of your Internet traffic, simply plugging broadband circuits into an SD-WAN device won’t improve performance without ample configuration and oversight. And in the case of traffic that is routed over the shared public Internet, the pace at which it reaches its destination ultimately depends on current congestion levels and delivery capabilities.

SD-WAN will drastically reduce your IT spending and network expenses

SD-WAN does save money by allowing the use of inexpensive broadband Internet versus private MPLS connections, and SD-WAN will help replace hardware infrastructure such as routers and firewalls at the network edge, however, IT budgets don’t always shrink overall because organizations often reallocate the cost savings toward cheaper Internet services, etc. toward cloud providers and networking technologies such as SD-WAN itself.

SD-WAN is easy to deploy and maintain, just plug in the box!

This isn’t exactly true and SD-WAN implementations will still require networking experts to design, configure and integrate an SD-WAN solution with a legacy network. Even if you have an older Microsoft based system, this managed service can be integrated to offer a stateful firewall and advanced network functions. Likewise, organizations considering SD-WAN should anticipate a requirement for staff who are knowledgeable in SD-WAN for ongoing configuration, maintenance, and performance monitoring.

SD-WAN is competing with and will replace MPLS connections

While often viewed as a competitor to MPLS, SD-WAN complements that technology and isn’t necessarily going to replace it. As a private, dedicated line, MPLS offers a better performance guarantee whereas SD-WAN with a broadband Internet connection must route traffic over the public Internet. MPLS will remain in use by companies who require guaranteed performance and such organizations should be rightly hesitant to rip and replace MPLS with SD-WAN paired with standard Internet. 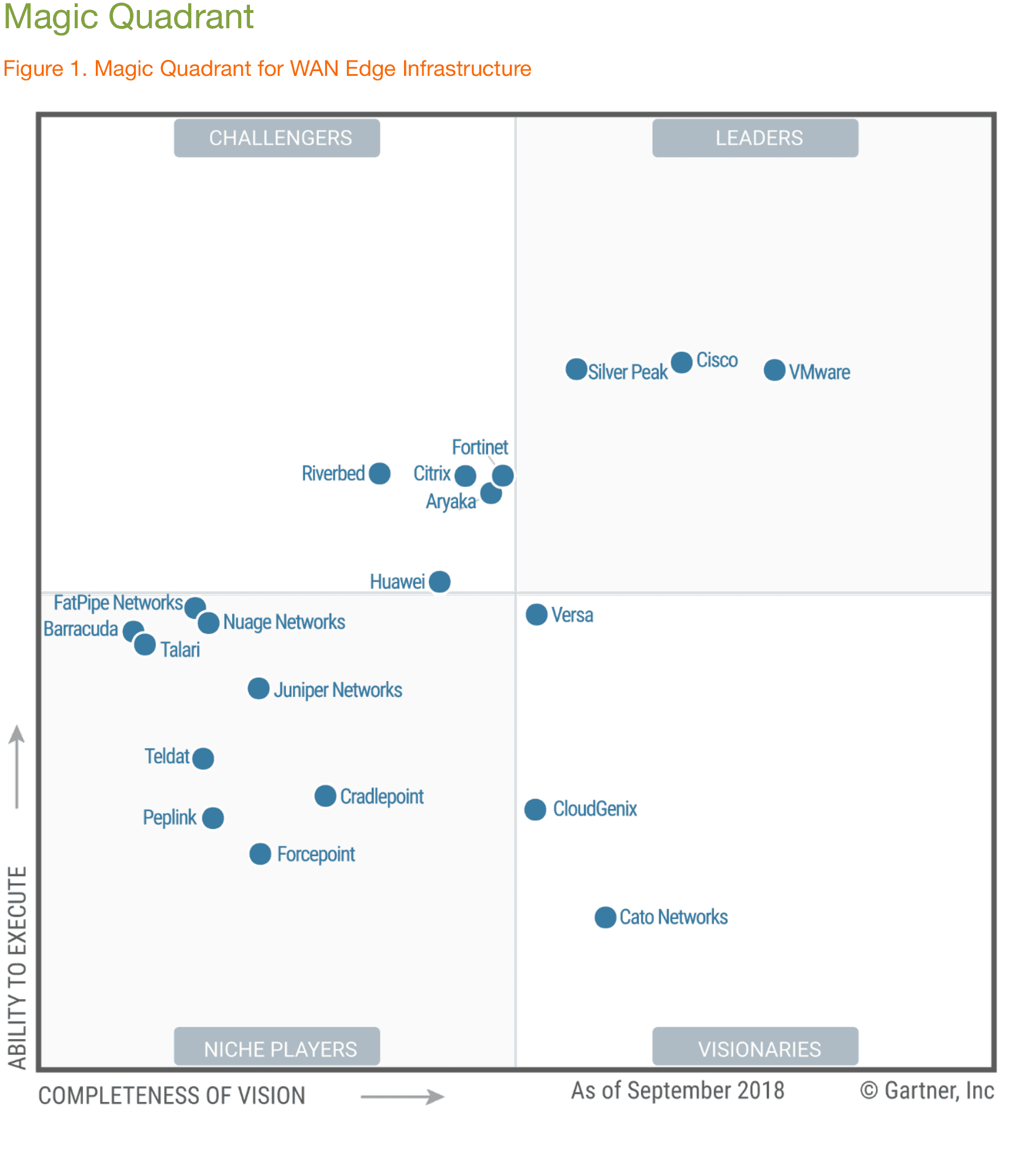 While not ideal for the needs of every organization or the solution to every networking problem, SD-WAN can help maximize application performance across networks, particularly when it comes to traffic from cloud-based and media-rich applications and services. SD-WAN for business enterprises can enable hybrid WAN network functions comprised of both pricier dedicated MPLS circuits and less expensive broadband Internet connections at certain branch locations in a network.

By combining the capabilities of various network types, SD-WAN vendors allow enterprise organizations to create a single network infrastructure that is more optimized, flexible, adaptable, reliable and affordable. Much of this is thanks to the path selection and dynamic multi-path approach SD-WAN takes to routing network traffic over a conventional Internet connection, as well as the greater number of policies available for traffic prioritization and load balancing.

Although SD-WAN is being rapidly adopted, it’s not necessarily a replacement for MPLS in organizations who need guaranteed service quality and many companies reportedly plan to keep at least some of their MPLS connections, albeit in an increasingly limited capacity.

Overall, SD-WAN vendors are poised to disrupt the relationship that enterprises and their IT departments have with WANs over the coming years.