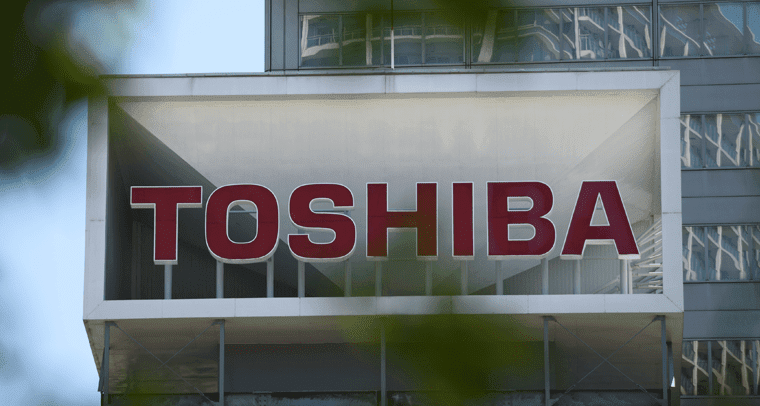 We were caught a little off guard a few weeks ago when Toshiba announced they’ll be ending their Telecommunication Systems Division. We knew that Cloud-based services were quickly taking over both SMB and Enterprise solutions, but we did not expect a big player like Toshiba to make such a drastic move. As Channel Partners originally reported, many felt they were “blindsided” by the decision.

Thankfully, for those using Toshiba solutions, the provider promised to extend some of their coverage and support. However, extended support won’t last forever. And while many feel abandoned, a better way to view the situation would be with the glass half full.

With such a drastic change, now might be the right time for your business to ditch the on-premise IP solution and migrate to a fully hosted Cloud PBX provider. Of course, the shopping part can be daunting, but that’s why we’re here to help.

Wait, What Happened to Toshiba?

In March, news broke that Toshiba would be terminating its IP business telephone systems division. Toshiba said they would begin to “wind down” operations immediately, so it’s safe to say they are trying to rip the band aid off in one quick motion.

Brian Metherell, Vice President and General Manager of the Telecommunication Systems Division, sent out a letter to all dealers and partners to alert them of the upcoming shut down. The letter outlined the general sentiment: Toshiba will wind down its telecomm division, but the letter also explained how existing users and customers won’t exactly be left hung out to dry. To break it down:

So if you are searching for a new solution, while it might be possible to order hardware on a discount, it might also be a better idea to shop elsewhere. After all, the old school IP PBX and on-premise solutions are shrinking in adoption for a reason. Older tech has simply been replaced by a new method, and in this case, that means moving your IP phone solution into the Cloud.

But what if you already use an existing TSD solution, either on-premise or the Cloud VIPEdge Service? Thankfully, Toshiba included some information in their letter on that as well.

What About Existing Customers?

If your business currently relies on a Toshiba solution, as many do,  I’m sure your office might be in a bit of a panic already. Before you frantically search for a replacement system or comparable solution, there’s a few key details worth highlighting.

Of course Toshiba recognizes how massively detrimental it would be to existing businesses if their systems just stopped working. Even withdrawing on warranty promises could be a massive headache to existing customers, so Toshiba isn’t entirely keen on pulling the plug without any support.

For existing users, Toshiba noted in the letter that:

Again, if your business is an existing customer of TSD — whether that means an on-premise solution or the VIPEdge cloud service — the sky won’t be crashing down in the next few months. Yes, the move was a big shock to many invested in the current solutions. However, Toshiba is allowing businesses some breathing room to make sense of the situation, and decide their next move without having to panic buy a new system right away.

But like I said, if your team is still sitting on an old school in-house IP solution, your business could and probably should leverage this situation as an opportunity to cut costs and switch to a much more capable Cloud solution.

Why The Sudden Move?

At this point, speculation and rumors are swirling around — but speculation is just that. However, there have been some recent reports of shaky ground at some of Toshiba’s other divisions. In fact, back in February, Bloomberg reported how the company lost $6 Billion from its Nuclear business.

On top of this, Toshiba was also looking to sell a majority of their chip and memory business. Bloomberg reported that Toshiba is now a “shell of itself,” losing major aspects of the company, as well as having the Chairman step down after only nine months.

So, while anyone’s guess is as good as ours, evidence seems to point in the same direction.

Where To Go From here

While current customers don’t have to abandon ship in a flurry of panic, this is still definitely a good time to feel out the market. Whether your business is hoping to continue utilizing an in-house approach with on-premise IP hardware, or switch to a Cloud solution, there are a number of options out there worth considering.

At this point, on-Premise is considered to be fairly old school. Most providers are phasing out their on-premise solutions, or at least shifting weight from one leg to the other. Even Mitel made it clear during their annual Analyst Day this year that the provider is moving towards a Cloud-first digital focus.

At some point, we’ll most likely see the vast majority of businesses move to Cloud solutions; however, at this point it still does make sense for an Enterprise business to rely on an in-house solution. If your business is a massive Enterprise with multiple locations around the country or globe, then there are still some big, reliable names that can handle your needs.

When it comes to cloud providers, your business will definitely have a much greater selection of options to choose from. While we do have an entire page that focuses specifically on cloud providers for Business VoIP, we wanted to take the opportunity to highlight what we feel are some of the best solutions available today.

Switching to the cloud might seem daunting at first, but the entire benefit here is that the heavy lifting is completed by the provider. No longer will your business have to install expensive in-house hardware and maintain said hardware. With your services hosted on the provider’s cloud network, everything is simple, scalable, and easy to configure through a web portal. You can even take a look at some of our head to head articles that help break down specific provider comparisons.

The Cloud Makes The Most Sense

At this point, if your business is one of the unlucky many stuck in this situation, the best way to spin this would be to adopt a new modern standard. Cloud-focused solutions have been pushed into the mainstream already, and they will continue to stay and grow. Utilizing old technology is not only limiting in the ability to grow and scale, but also expensive and a security nightmare. Cloud solutions are quickly replacing their on-premise counter parts, and many providers fully recognize this major shift.

In terms of what lies ahead for Toshiba, we will have to wait and see. However, for existing users — while you might not be in hot water just yet — now is the time is to start feeling out the market, and look for anyway your business can leverage new technologies to gain an edge.