RingCentral Joins Forces With Google To Take On Microsoft 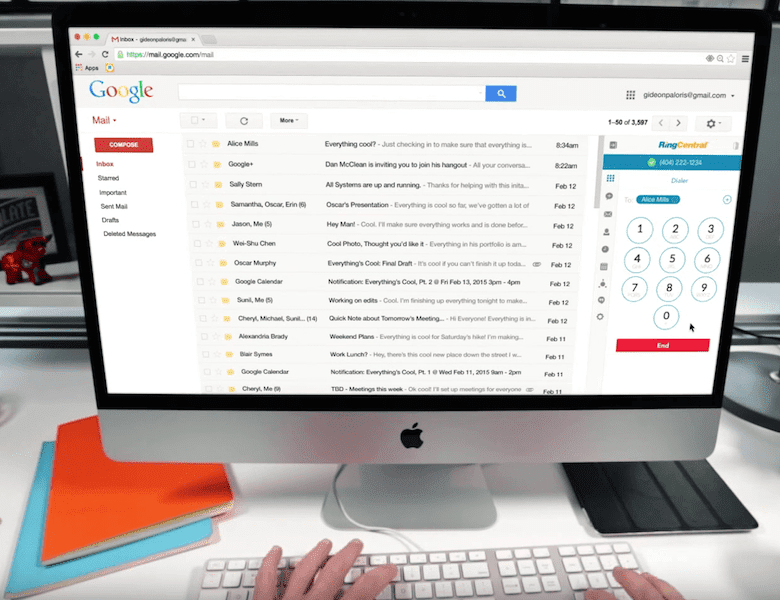 With clear intentions to compete with Microsoft in the enterprise VoIP and software solutions space, RingCentral announced on Wednesday a new partnership with Google to leverage the cloud giant’s unique platforms to provide a new service capable of competing with Lync. In an interesting move for the enterprise communications and collaboration space, these two leaders will now offer a new plan, RingCentral Office Google Edition, as an enterprise bundle that combines the Google Apps, Unlimited and Hangouts, with the newest version of RingCentral services.

RingCentral Office Google Edition will run $30 per user per month, with unlimited storage from Google Unlimited, and direct integration with Google Hangouts. For businesses already using Google services, they can add the RingCentral side of the equation for $20 per user per month. With single sign-on capabilities, users can make business VoIP calls right from any of their Google Apps to really take advantage of the pairs integrations.

Google and RingCentral are trying to make waves with this announcement, poking the competition directly by stating that the “solution will provide richer and more robust enterprise communication compared to competing industry solutions, such as Office 365 and Skype for Business,” according to the announcement.

“Google’s impact on the enterprise is significant as more CIOs and IT decision makers make the jump to the cloud and move away from legacy on-premise infrastructure,” said Vlad Shmunis, CEO of RingCentral. “Together with Google, we look forward to helping enterprises maximize their cloud investments with an unprecedented, integrated communications and productivity solution.”

This newest offering also expands on an earlier announcement by RingCentral in March, when they announced their original WebRTC support for users to make and receive calls in their dedicated Account Management web portal. Their new development has allowed increased integration with Google Drive, Gmail, Hangouts and even Android mobile apps.

It is also interesting to note, Google’s move to partner with a new VoIP provider, after the cloud giant chose Dialpad as one of eight companies to join the Google for Work Partner Program as back in November of 2015. It will be curious to track how Google might utilize both platforms, and to see if this notes a shift in their current partnerships.

The new plan will be available to U.S. customers sometime late Summer 2016, and should follow shortly for Canada and the U.K. The new offering, RingCentral Office Google Edition, will initially be sold through channel partners, according to the announcement. Agosto, a premier Google for Work partner, will be the first to offer the new plan.

“It’s great to be an inaugural channel partner of the RingCentral Office Google Edition,” said Aric Bandy, Agosto president. “We’ve been a key player in the adoption of Google Apps in the enterprise; this new integrated offering is a great way to add to our portfolio of services and help more businesses migrate their communications applications to the cloud too.”

Along with developing channel partnerships for the new offering, RingCentral is going as far as to provide extensive sales training to sales and sales engineer staff, “to champion the innovative power of the integration solutions,” the announcement said.