A survey we conducted in November revealed that 45.5% of Americans are bored at their jobs. Employees may be bored for various reasons — a poor work environment, low pay, no job security, poor benefits — but we wondered, does the industry they work in have anything to do with their happiness?

To find out, we used Glassdoor to analyze which industries employees favor the most. First, we looked at the industries that Glassdoor categorizes companies into and chose 17 industries with adequate sample size. Then, we researched 100 companies in each industry, except aerospace/defense and real estate, which included 90 and 94 companies respectively. Companies were chosen at random, as not to bias the data by analyzing primarily large, popular companies.

After noting the ratings for each company, we averaged the company ratings in each industry to come up with the least and most popular industries to work in. The least popular industries include transportation and logistics, health care, and education. Aerospace/defense had the lowest score with 2.83 out of 5, and retail followed close behind with 2.97. 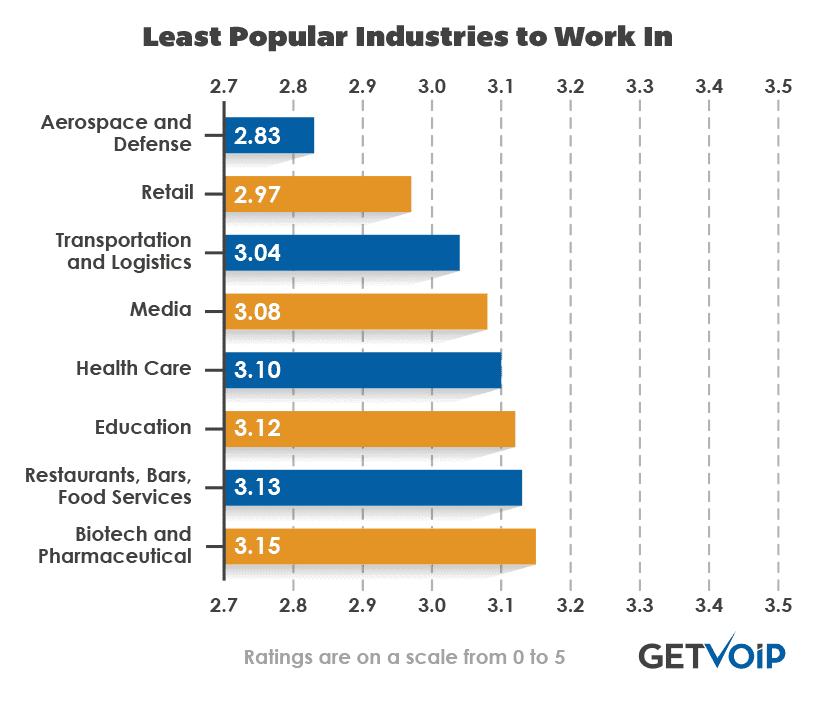 Information technology ranked highest at 3.44. According to Indeed, job opportunities in the information technology sector increased 20% from December 2014 to December 2015, which is a positive sign for those of you looking to go into the industry that workers like the most. Other popular industries include finance, travel/tourism, and real estate. 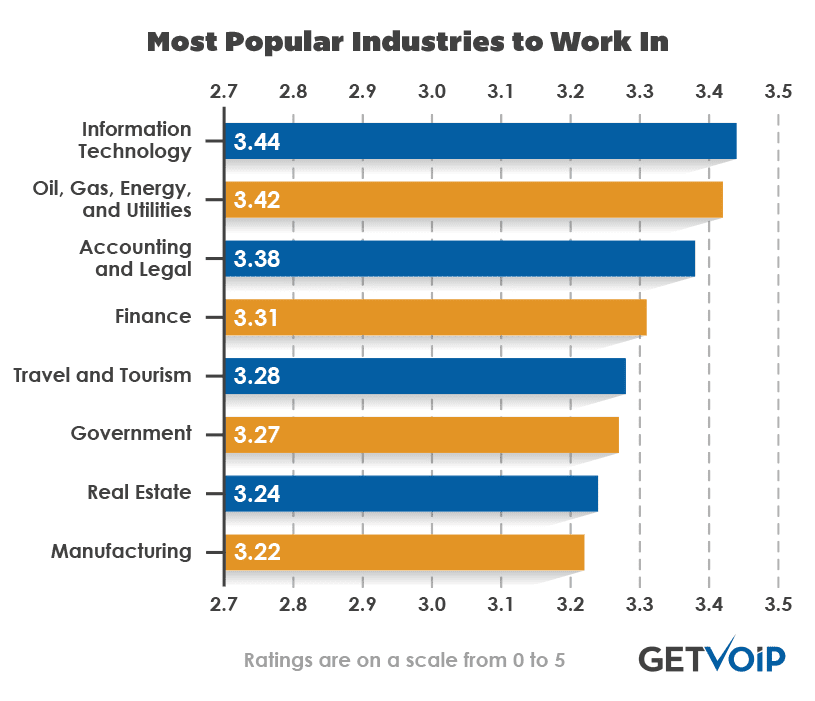 Interestingly, the industries people enjoyed working the most did not seem to be based primarily on salary. For example, biotech/pharma professionals generally make more than those in manufacturing, but manufacturing workers had higher job satisfaction. The time people spend at work also did not seem to heavily influence the results. Though lawyers and bankers are known for working long hours, they still ranked third and fourth highest for job satisfaction, respectively.

If you’re thinking about switching jobs, remember that there is more to a job than just the salary. Things like company culture, employee/employer relationships, and the nuances of the industry itself can have just as great (if not even greater) of an impact on your job satisfaction and overall happiness.