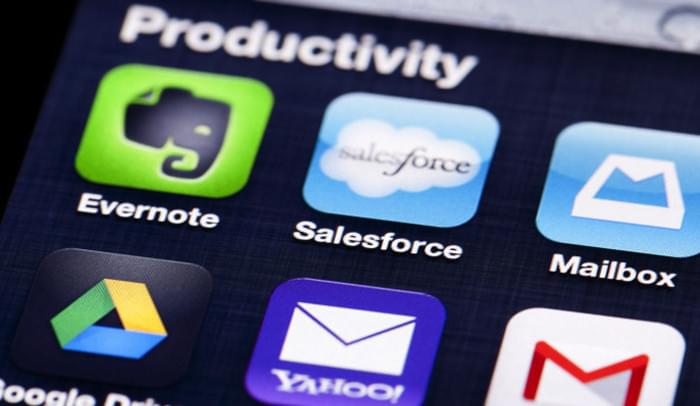 Everyone can relate to guilty feelings about not being productive enough, be it in one’s personal or business life. Which is why productivity apps are big business.

Productivity apps range from business software that lets us produce data such as spreadsheets, word documents, images and so on, to apps that have become increasingly consumerized. You can find no shortage of productivity apps for mobile devices and desktops that help us manage our time and create lists, notes and reminders.

Some of the most widely-used productivity apps include Evernote, Wunderlist, Contactually and Agenda Calendar. Email, Google Apps, Dropbox, Office, and project management software such as Asana, can also be considered as having productivity features.

Whichever app you use to make your life more productive, be aware that it’s possible to kill your productivity when using a productivity app. Here are five, not-too-productive ways:

Using the app for wrong purposes
One favored productivity app is Evernote. It’s great for creating quick notes, setting up reminders, writing down a quick thought and clipping interesting content from the Web to view later. However, using Evernote for a purpose it really was not intended for, such as contact management, can be a waste of time. You may get stuck on searching for workarounds in getting the app to do what it really wasn’t created to do. A better option is to get the right app for the right task. If you use Evernote and need contact management for example, look for a CRM solution that integrates with Evernote instead of trying to shoe-horn Evernote as a CRM app.

Spending too much time customizing
Productivity apps are often highly-customizable. You can add fields and change colors and fonts and set up the interface in a way that’s more tailored to your needs and liking. If you are spending hours though, in the app changing colors and fonts, browsing through add-ons or customizing toolbars, and you do these settings changes frequently, you are kind of defeating the purpose of productivity.

Team not using the same apps
You have a team looking to increase productivity. One person uses Asana, another Evernote, somebody else uses the Todoist app. How can you efficiently sync tasks and boost productivity as a team if everyone is using different apps? For business use, teams should decide on one app for all team members’ use.

Not keeping up with data entry
Productivity apps are great for scheduling and reminders. But that’s only if you regularly add appointments, notes and the like. Make it a habit that as soon as you schedule an appointment to put it in the app. Many of these apps (Timeful, is one example) can sync with your exiting calendars, so keep calendars and other data, updated.

Not taking advantage of integration
Most productivity apps integrate with other types of apps. Not taking advantage of integration capabilities can cause you to lose precious productive time because you are kept busy entering data in multiple places.
Quip, for instance, is an app that lets you create to-do lists, notes, share documents and more. It integrates with Dropbox and Google Drive so that you are not working with data in each of those apps individually. Integration with other apps is a common and powerful feature in most productivity apps—use it.