IBM Watson Will Change CRM, Among Other Things 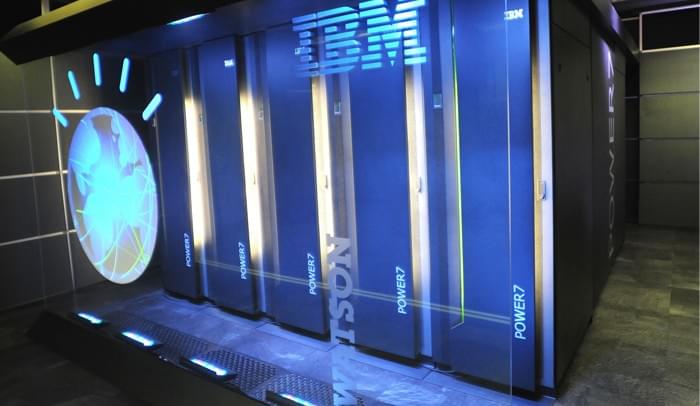 In 2011, an IBM computer named Watson beat the all-time human Jeopardy! champ, Ken Jennings, and beat him quite handily.

It didn’t seem so at the time, but this was one of the most important days in the history of customer relationship management (CRM) and processes that are based on making sense of massive amounts of data.

The gameshow win was not a turning point not because Watson was able to beat Jennings. After all, IBM’s Big Blue had beat world chess champion Garry Kasparov in 1997. Big Blue was simply able to consider the millions of possible moves faster and more accurately than Kasparov. That’s impressive – the guy was the world champ, after all — but limited. Everyone knows that computers are really good at that sort of thing.

What Watson did was far more difficult and, ultimately, transformative: It understood, interpreted and responded to questions posed by humans (Alex Trebek, to be precise) quickly enough to win. Watson was a triumph of natural language processing and cognitive computing in which the nuance and intent of the speaker must be inferred by the listener.

IBM Watson’s win has proven to be far more than an impressive parlor trick. Indeed, it increasingly seems that Big Blue is betting a lot of its future on the cognitive computing. It bought cloud computing firm SoftLayer in 2013 and started offering Watson-based on-demand services. It now offers these massive analytics capabilities worldwide in such diverse fields as aerospace, education,  cancer research — and cookbook writing.

This week, IBM took a major step by creating IBM Watson Health, which will be headquartered in Boston. IBM also announced the acquisition of health care analytics firms Explorys and Phytel. Finally, it entered partnerships with Apple, Johnson & Johnson and Medtronic to optimize devices to better collect, analyze and collect feedback from medical devices.

CRM and related initiatives clearly will be part a big part of IBM Watson Health. Think of the massive amounts of data that generic health and exercise trackers and purpose-built devices – such as those monitoring diabetes and heart functions in at-risk patients –generate. Boiling through these to figure out which patients are about to have heart attacks and which need their insulin intake changed is a perfect task for Watson. Organizing the cumulative data to better see more subtle higher level trends is a related benefit.

Tom Sullivan at Healthcare IT News reported two weeks ago on the Healthcare Relationship Cloud from hc1. He wrote that the IBM Watson is a partner in the project, which will use the cloud to aggregate and use marketing and sales data and provide a “community option” that enables sharing of that data between patients and healthcare givers. The platform is HIPAA-compliant, according to Sullivan.

Another example of IBM’s CRM focus is an agreement, announced last year with Genesys, which calls itself a “multi-channel customer experience and contact center solution.” Under the agreement, the Watson Engagement Advisor will greatly enhance the ability of Genesys’ platform to mine data and use it to shape its interactions with Genesys’ clients’ customer agents and end clients. The mining of data over time hones this ability and lets it adopt as conditions change.

IBM clearly is in a deal making mode. Last week, it announced that Coca-Cola Amatil is moving its Asia-Pacific customer planning and relationship systems to two SoftLayer cloud centers in Australia. This builds on an existing relationship between the two companies, according to the press release.

The release focuses as much, if not more, on the cloud-based nature of the platform. Essentially, the release says that demand for Coca-Cola products is seasonal and event-driven. Meeting fulfillment needs with an ever-higher level of granularity would involve infrastructure investments. Becoming a tenant on the SoftLayer cloud is, in Coca-Cola’s view, a better option.

Three things separate cognitive computing in general and IBM Watson in particular. The first – and most important – is its cognitive ability. IBM Watson, for all intents and purposes, thinks. The second and third are different elements of IBM’s desire to monetize the platform: The company has embedded Watson on a worldwide cloud computing structure. This facilitates the third element, which is the availability of IBM Watson on an on-demand basis.