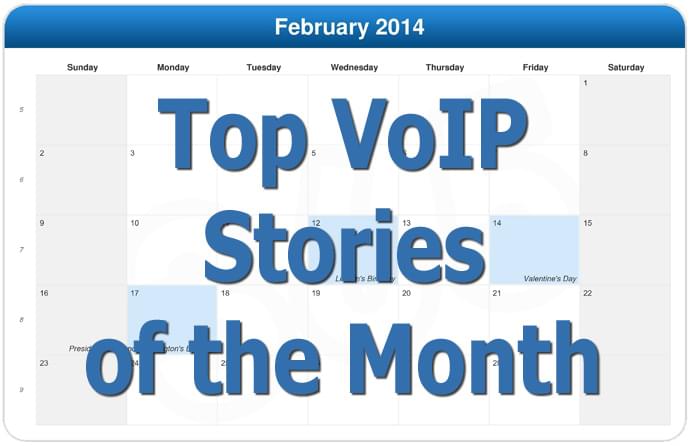 February has come and gone; however, with Valentine’s Day, snowstorms and inclement weather, Oscar coverage, and other news/events, you might have missed some of the month’s most breaking VoIP stories. As such, we’ve rounded up the best VoIP stories that might have came in under your radar in February.

Surprisingly, the shortest month of the year was brimming with advances and developments within the VoIP industry. While there were a number of stories throughout the month, not all are all that important big picture wise. The stories above represent the biggest VoIP happenings throughout February 2014. Feel free to drop us a note and let us know if we excluded any stories.