New vs. Old: The Generational Divide with Mobile Phones 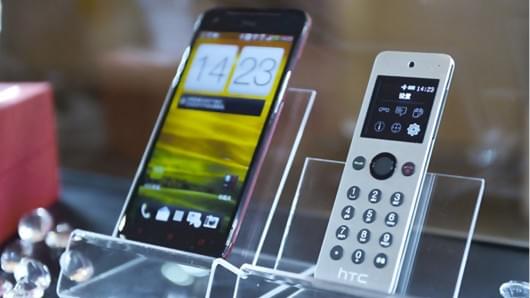 Technology has come a long way in the last forty years, especially in regards to phones. Mobile devices have become increasingly popular, and with that more functional. Now, mobile devices are equipped with Internet service, web applications, messaging options, video, photo, and more. While newer functionalities have led to increased use of these devices, some suggest that mobile devices have driven a spike between generations. Sure, new innovations and adoption of services (mobile VoIP, cloud solutions) have strained older user; however, the new, digital generation has seemingly set out to completely divide themselves from older generations.

According to a survey recently conducted by RingCentral, there most definitely is a shift in phone usage, and with that a generational divide. For example, 69% of people under 40 surveyed already use a mobile device as their home phone. Inversely, 63% of people over 40 still have a home phone. The list of statistics goes on to distinguish this divide; however, this divide’s existence is not as important as the affect it will have moving forward. The age 40 is said to divide mobile natives from those born in pre-mobile era–meaning there are a number of users still actively involved in the workforce. That being said, one must wonder what affect increased mobile usage will have on users over time. Currently, “70% of people use mobile phones to communicate for work. 35% mainly use their mobile phone, not their desk phone for work. 47% use their own personal mobile phone for work while 24% use a company issued mobile phone. 79% text for business with 32% closing a business deal via text.” With these projections, it’s clear that mobile devices are becoming the main mode of communications for business use. As this trend continues, it’s very likely that mobile devices will be further integrated into the workforce and society. Therefore, for workers to continue working, they must adopt mobile technology.

While this may not sound like that big of a deal, it most definitely is. Opposite the statistics above, many users over the age of 40 do not use their mobile devices for work or over traditional lines. While this doesn’t have an immediate effect per se, problems are sure to spring up. As stated above, mobile devices are sure to be further integrated into the workforce and society. With that comes advances in function and feature. Subsequently, if users aren’t keeping up with current with mobile devices, they most likely will not be able to use more advanced devices. Also, mobile usage dictates trends in usage—i.e. 82% of those surveyed by RingCentral state they text more for business than they did a year ago. That being said, mobile devices are changing business communications. Text messages are becoming new norms of communicating. Now, users without mobile devices (or antiquated devices) will not be able to communicate on a standard basis.

Overall, the provider’s infographic shows users under the age of 40 showed increased use of mobile devices, while those over the age of 40 still used traditional devices. This being said, it is impossible to deny a generational divide. The new, digital generation seems determined to continue to expand the functionality of mobile devices; however, they are not taking older generations into account. While the effect this will have is purely speculative, it seems as if newer generations have adopted an ‘adapt or die’ type mentality. Regardless of the mentality, many employers are unable or have yet to keep up with mobile demands. Yes, some have, but many are hesitant to adopt newer technologies. With this in direct opposition of mobile adoption, the future of communications remains a mystery.

Related Articles:
– Worldwide VoIP Use on the Rise: Are Mobile Carriers Down?
– For the Sake of VoIP & 4G: Do NOT Give Up Your Unlimited Mobile Data
– 5 Step Tutorial to RingCentral Call Controller Setup