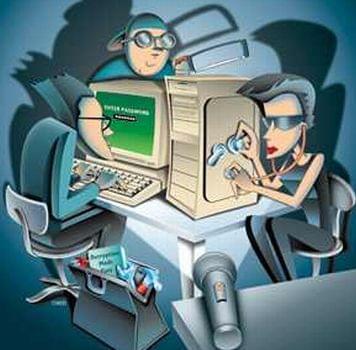 While security has been a prevalent issue within the VoIP industry, many providers have since adopted rigid redundancies to ensure user protection. In addition to passwords, many  have optional security questions, presence management, and tighter encryption for users; however, with these new processes, have passwords been rendered useless relics? Better yet, are more elaborate security redundancies just excessive?

Initially, you might think that too much security can never be a bad thing. I am definitely not arguing against that point. Instead, I’m asking if these augmented redundancies can complicate service and/or account accessibility. With multiple authentication processes in tow, it could be that users are now shackled by security as opposed to protected by it. While delicate information needs protection, providers may be complicating online access to service accounts with additional security protocols. One of the main purposes of web portals is to make account access simple, easy, and quick. In installing various extensive protocols to access an account, providers may be undoing their own benefit.  While security is important, users need to decide how to best implement it while maintaining their system’s functionality.

Mat Honan, Wired’s tech journalist, declares that passwords no longer offer sufficient security. Honan, who was hacked last year, has since released an info-graph that notes how users can better arm themselves. Here, Honan lays out what users should look for in security. While the weakness of password protection is increasingly evident, new protocols may be too extreme for some users. Users want security; however, they also want accessibility and ease of use, especially from a web portal or online access point. Implementing too many new safety protocols inhibits this. However, with the emergence of new VoIP capabilities such as Cloud solutions and BYOD programs, users are faced with increased vulnerability.

VoIP capability is advancing and growing; therefore, users have a lot more information stored digitally. With that, passwords cannot be the only means of security. Instead, users need to enact more than one form of security. While this may reduce the speed and accessibility of access, users can rest assured that their information is being kept safe. Instead of adopting every option though, users should seek to balance the safety by using specific redundancies. For example, instead of using a password and four other types of authentication—users can set up security questions and a backup email. Honan lists some authentication processes users should look for—as well as avoid.

Users should seek out the best security option for their systems; however, this should never inhibit the service itself. Though it may be better to have too much security, users should look to make their portal as accessible as possible. Various providers offer various redundancies, users should be aware of their service, the information they’re sharing, as well as their desired redundancies. In knowing these, users will  be better able to define he best security protocols for their system.

Related Articles:
– VoIP Service Terms and Conditions: Know Before You Go
– VoIP Interconnectivity & Where to Draw the Line