Growing Up With UC, Bracing for BYOD 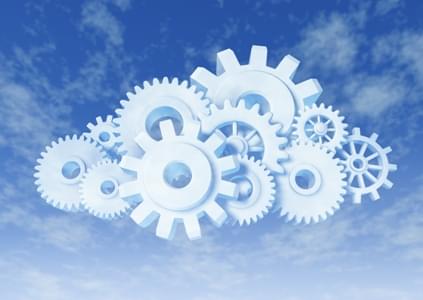 The Post WWII Baby Boomers are beginning to shift from their hard-earned executive positions to fixed income irrelevancy. Of course, as key catalysts in the seamless transition to an Information Age, my generation must tip their collective hats to them for paving the way. Now, the torch is being passed, as stored information knowledge increases by the day while Generations X & Y begin to shuffle up into roles that have changed drastically. As for the telecoms industry, this movement is all too relevant in the general scheme of things, with little room left for the “average” or old school worker, in the midst of the great economic downturn.

What this mean for the incumbent workforce of knowledge workers? Well, for certain, the bar has been raised higher than ever before. It also means taking responsibility for your learning, and ultimately, your life. Many questions arise in consideration of the current movement in BYOD in conjunction with the strategies many of the top corporate entities are creating. A large concern lies in the fact BYOD is a means, not an end, according to Dave Michels from UC Strategies. He continues in the piece by contending that “staff are on their own to interpret its meaning (BYOD), and at best it means employers are paying more for mobile services (via reimbursement expenses) with reduced purchasing power.” This is where opinions differ, with a study from Good Technology stating employees have no problem footing the bill, while industry ‘experts’ argue that staff will reject this idea in the realization they are subsidizing company profits. There’s way too much gray area to affirmatively make that assumption, which beckons even more questions.

The insurgence of BYOD or even a connected future for that matter, comes with the assumption that individuals have access to a smart device and/or high-speed internet. There are still individuals nationwide, who for lack of the geography or funds, have neither or simply one of the two. This, in every definition of the word causes a disconnect. In the study from Good Technology above, out of the companies surveyed, about 50% covered ALL service plan costs, with the remainder being comprised of stipends and specifically outlined coverages. With many service providers no longer offering unlimited data, does this mean that employees are ‘left to their own devices’ when exorbitant overage bills hit their mailbox? For those who aren’t issued a device, does it mean ultimately having to pass on an opportunity they are more than qualified for? The implications are staggering, and to be frank, I grow ill of reading all these studies touting boosts in loyalty and moral, and improvement to overall worker satisfaction by leveraging BYOD. In some circumstances, not having a capable smart device as a prerequisite for employment could leave some out in the cold.

With all these considerations, is it safe to say that we’re moving towards a future where graduating from an accredited, respectable university simply isn’t enough? For my generation, UC platforms bring the familiarity of AOL Instant Messenger, the capabilities of Skype, and the sharing element of Google Docs. Sure it’s second nature for a growing number of the general populace, but is it causing a divide companies, and even though who are entering (or leaving) the job market are overlooking? I’ll attest to the fact that staying ahead in my business affairs has relied greatly on having mobile access to everything at my desk. Without it, I couldn’t even imagine how out of the loop, and in the worst circumstances, out of a job I’d be.

One thing is clear – the knowledge worker of the future needs to be more than knowledgeable, as the skills held by the workforce of the new millennium gets “cloudier”. Generations in bloom should be more than happy to rise to the occasion, but will they be able to accommodate the possible expense? Time will tell as we shift into murky ground that is promising on paper but full of hurdles in execution.