Is Virtual PBX the Same as Cloud Hosted PBX? 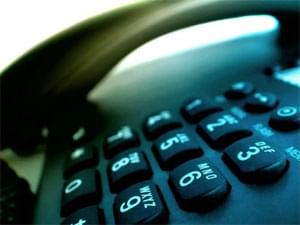 The wonder of the English language, along with the technological world is there are so many ways to say one thing. As for Virtual PBX and Cloud Hosted PBX, there are some similarities, but many differences nonetheless. In this circumstance, it’s a matter of functionality that differentiates the two. In natural, easy to understand terms, I’ll now attempt to shed some light on a point of confusion that demands clarification. Please understand that this will be as confusing for you as it was for me at first. In the same regard as your Dad telling you at some point – this is going to hurt me, much more than it hurts you, brace yourself – Here goes something…

A Virtual PBX refers to an automated service designed to handle and transmit calls. It is best considered as an asset of a Cloud Hosted PBX system, but not a complete system on its own. Virtual PBX systems simply handle calls, reroute them (to cells, landlines, VoIP extensions, etc), via an auto attendant or IVR. This system is the bare bones of fielding only incoming calls, with no call control features, and no outbound calling. In other words, a Virtual PBX provides for an automated answering service, while a Cloud Hosted PBX model is a more total phone system. Both share parallels in having no equipment or software to maintain (as it exists off-site), but differ in that Cloud Hosted PBX does exactly what a Virtual PBX does and more. With solely a Virtual PBX, employees and locations will require separate phone service, and will not enjoy the tightly knit infrastructure of unified communications boasted through most Hosted PBX models.

There’s simply no stating that one system is a more preferred one than the other, as it all comes down to business size and need. In any regard, both Virtual PBX and Cloud Hosted PBX are significantly cheaper than traditional PBX systems, and no longer require storing away hardware in a dark closet to exude heat and burn electricity 24 hours a day. All of these systems are a step forward in terms of communication, with Virtual PBX being somewhat limited and Cloud Hosted PBX having high, almost infinite scalability. No matter what, individuals, and even businesses will continue to group them as one, spurring on confusion. Unfortunately, there seems to be no end in sight, but feel free to take the liberty to correct someone from here on out since you’ve read through this and are forever enlightened.