What the Lawful Intercept Patent Means for VoIP 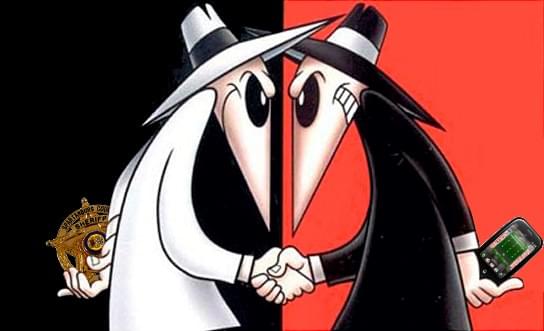 As previously discussed last week, the US Patent and Trademark Office has issued an official allowance to Digifonica for its Lawful Intercept solution. While the patent has been around in various forms since 2007, it is starting to take shape and become a reality. Though the intended use of the solution has been generally discussed, the implication is that it will undoubtedly grow to include more applications over time. While its current incarnation seems a good tool to ensure tighter security over VoIP systems, one must wonder what effect this solution will have on the industry as a whole. Will users be receptive to the solution? Will the solution be made mandatory by government legislation? How will this effect service and/or cost? The list of questions goes on and on.

The Lawful Intercept solution typically refers to the technology and processes law enforcement agencies use to intercept and monitor VoIP calls. While traditional systems already account for this type of service, the expansion of the internet has increased the number of ways users can access the web. With this, it has become increasingly more difficult to track calls. Now, VoIP providers, specifically, Digifonica, have engineered a new solution, which allows monitoring to occur directly on the VoIP provider’s equipment instead over internet connection.

From a governmental standpoint, this solution can be extremely effective in reducing illegal activity – an efficient means of counteracting illegal activities and scams leveraging VoIP communications. With a refined Lawful Intercept solution, law officials will be able to monitor any conversation over VoIP using only the provider’s hardware. This means that VoIP calls can be monitored wherever, whenever using the hardware itself. Additionally, this service is undetectable by the target and hides the information from all, save for the most privileged users. Though this application sounds practical enough, it has the potential to cause some users to feel uncomfortable.

One of the more disconcerting elements comes with patent’s transparency — all calls can be monitored at any time; however, Lawful Intercept is not lawless. Instead there are rules and regulations the solution must comply with. These standards are defined by both the Telephone Industry Association (TIA) specification and the Packet Cable Electronic Surveillance Specification. While this is a pro for governmental use, many users might disagree in declaring an invasion of privacy. Despite any potential residential reservations, many countries feel this is a necessary means in response to the growing need for security over VoIP calls. As a result, more and more governments are looking to pass legislation implementing VoIP providers’ mandatory inclusion of the feature. As a result, all providers will be required to include the solution within their equipment.

From a residential VoIP standpoint, this may not seem an appealing solution. As users do not feel comfortable with calls being monitored, they may drop their service and return to their traditional solution. Additionally, users may drop their service if they feel VoIP is not secure means of communication. Either way presents a serious challenge for providers. Though the original patent has been revised and amended countless times since its inception, it still allows for providers to breach users’ privacy when warranted. Inversely, the added security feature may attract prospective customers, who were weary of a VoIP service previously. It’s essentially a double-edged sword that may swing one way or the other in due time.

Aside from customers engaging or disengaging from service, the mandatory implementation of this solution may also drive costs up. As providers are required to include another feature in their hardware, especially if it is provided by an outside company, the cost of production will inevitably rise. With this increase, providers will likely raise the cost of service for their customers. Part of the appeal of VoIP services is cost efficiency. Inversely, increasing prices may drive prospective and current customers away. Again opposite this, some users may feel increased security is worth a cost raise, investing whole-heartedly in subscriptions.

In any essence, Lawful Intercept is a very useful VoIP tool, which ironically and consequently, requires regulation. While there are already a number of standards and regulations in place, more may need to be added in time as the solution evolves further. As many countries look to enforce providers to have this capability engraved in their service, the patent will continue to grow in value. While this solution may affect providers’ pricing, service plans, and general use of service, it is mere speculation at this point how extreme or seamless its application may be. Ultimately, users may welcome increased security protocols over VoIP regardless of these changes, continuing to conduct business as usual.

Related Articles:
– VoIP-Pal Takes Next Step in Patent Securing
– What to Look for in VoIP Customer Service and Support
– Hopes and Dreams: Mobile VoIP in 2013