Clauses of Concern: A Cautionary Note on Contracts for Providers & Vendors 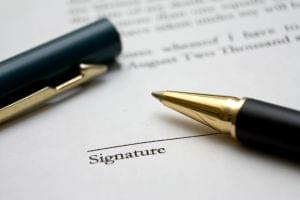 What you don’t know can hurt you, while what you do can also inflict some serious damage. Meet Alfredo De La Fé, President of Enhanced Communications, Inc. and disillusioned consumer. We have chosen to include the name of the innocent, and in an unorthodox move, omit the name of the ‘not-so innocent’. In this case, the perpetrator is a provider of IP-PBX, Mobile, and Calling Card solutions – let’s unimaginably call them “Company X”. Their service is appealing, and indicating sentiment we can empathize and share in, they are selling a “clean” product that one can put their “trust” in, as aptly put by Alfredo. Upon closer inspection, conditions encrypted in the fine print will be enough to leave a client feeling uneasy, perhaps even nauseous moving forward. Of course, the company in question is not the only one to blame, as this practice can be found in other services of a similar nature. All things considered, we felt it would greatly benefit potential VoIP shoppers of all kinds to look for these red flags prior to running into an irrevocable disaster down the road.

Delving deeper into Mr. De La Fé’s tale, we find him just weeks ago, all set to go ahead with reselling a solution that seemed a perfect fit for “Hosted PBX customers that [did] not have any special requirements”.  In this case, Company X is more or less, the “manufacturer” of the switching software through which De La Fé is interested in purchasing, for a substantial price tag just shy of $20,000. The support was all there, not to mention a wealth of consecutive awards dating back to 2008 – among them, distinctions from TMC/INTERNET TELEPHONY & NGN. Testimonials, case studies, comprehensive programs, robust portfolios; you name it, all there, neatly presented and organized in tip-top splendor. Shortly thereafter, Alfredo took the next natural step anyone would, providing the company with a deposit and tentatively agreeing to go with them wholeheartedly. After making this move, the next thing he did left him feeling disheartened and victimized by dishonesty.

By definition, contract clauses are a section or provision within a written contract or agreement. Each clause included in the agreement addresses some specific aspect of the overall covenant between the two parties that are agreeing to the terms and conditions detailed within the text of the document. There’s more involved, but in the general scheme of things, this is what they cover, or better yet, potentially don’t cover. Mr. De La Fe looked over these following usurping a deposit in “good faith” to “Company X”, to find three contract clauses that were alarming to say the least. They included the following “clauses of concern”:

​Fine print isn’t exactly a new concept, but in the case of reselling a product hampered by potential setback as these, thinking twice is surely warranted. As noted above, “Company X” employs a voucher system to provide support to customers using their service. Keep in mind that the customer in this case is not limited to Mr. De La Fe…it also includes individuals and/or organizations purchasing the service for their own offices. The fact “Company X” reserves the right to stop selling and/or invalidate support packages and vouchers paid for prior. This means denial of service, plus a potentially crippling situation for any business that might instill their trust and funds in such a shifty proposition. To boot, “Company X” is a proprietary system and does not make their source code available, meaning in the event of an emergency, they alone can support their software.

Not to be duped, Alfredo affirmatively followed up by questioning the three (3) clauses that caused the concern. “Company X” did not dismiss the existence of the print, nor did they acknowledge the unnerving nature of it. An eventual answer would come, in the form of an agent from the provider calling to explain them. “We have never used that clause in our contract and you just have to trust that we wont,” responded a representative from “Company X”. This seems a misappropriated, antagonistic, almost laughable way to treat someone who’s willing to relinquish a sizable sum of money for your service. Safe to say, those with even a grain of common sense have used a great deal of discretion when pleaded to blindly “trust” anyone – in this case we are talking about an entire company and their very credibility. Needless to say, this was enough for Alfredo to lose more than a wink of sleep, especially in consideration this place was in possession of his hard earned cash.

Surprisingly, “Company X” didn’t take the money and run, nor did Mr. De La Fé have to fight tooth and nail for a refund. In fact, the next day, he received an e-mail indicating that “Company X” had decided to walk away from the deal. No harm, no foul…right? Not exactly, as this is legitimate problem lurking in the dark that needs to be brought to the light in a big way. The magnitude of detriment that can be caused by derailing of an entire phone service overnight, followed by frustration from a shrug of the shoulders and emphasis on the fine print is more than harrowing. To elaborate further, imagine fielding a multitude of questions from disoriented, and presumably angry clients when you’re essentially in the same boat.

The level of damage if the deal had gone through, followed by “Company X’s” abrupt withdrawal down the road is staggering. Once again, an initial purchase price of about $20,000 with an additional 100 users includes a license fee of $3,500. Theoretically, an added 800 users ($44,500 invested in software licenses) plus support vouchers purchased over that time period would equate to an even greater total. Several months later, “Company X” decides to wash their hands of the deal for their own reasons or are bought out by another company, and the software customers are accustomed to, not to mention the exorbitant investment, goes out the window. At this juncture, new training is required following the securing of a new platform, along with complete reprogramming of each individual SIP phone. The result is the necessity for hundreds of man hours in re-training technologically bereaved customers, along with another investment in the ballpark of $20,000-$50,000 on brand new software and servers.

The implications are truly frightening, and it seems high time for hypothetically rogue offerings in voice to adhere to reliable, trustworthy practices. We are after all, talking about communication – the very lifeline of sustaining healthy social and business relationships. Without this, both the former and latter are left to corrode, inevitably facing extinction in the process. Until the appropriate action is taken to prevent these clauses from even finding their way on paper, personal scrutiny of proposed contracts is more than essential. Be proactive, informed, and understand that when it comes to business arrangements – there are some things that are simply non-negotiable.

Have any solutions you think would mitigate this looming issue? Enter them below in the comments section…