Top Public VoIP Companies in the U.S. and Their Performances in 2012 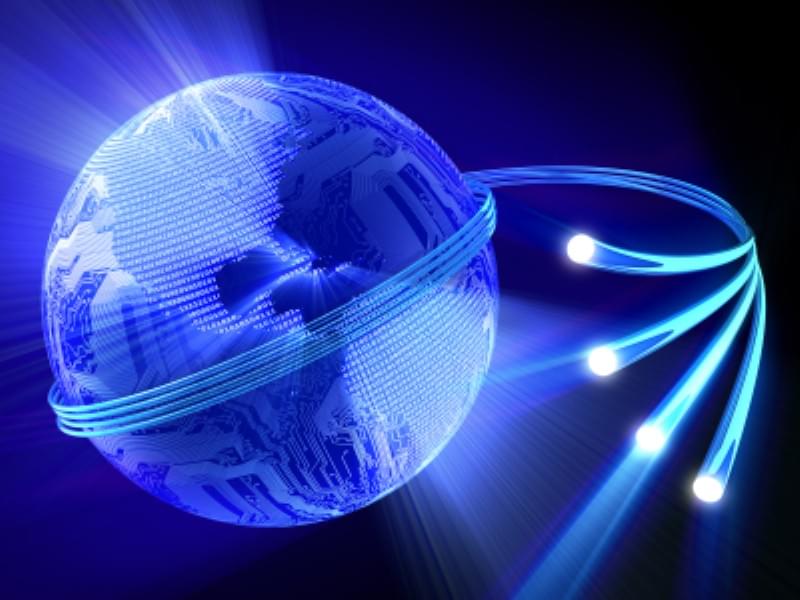 It has been an interesting year for the VoIP industry, more specifically for Public VoIP companies in the U.S. Though the year is just about winding down, many VoIP companies continue full steam ahead. With service changes, awards, financial reports, and more, its difficult to see the year in review. That being said, we’ve compiled some top Public VoIP Companies in the U.S., and their performances in 2012.

8×8 Inc.: Over the last year, 8×8 Inc. has seen record revenue and top ranking in the industry. With increases in revenue each quarter, the company is also reporting a record $85.8 million total revenue, which is a 22% increase in revenue over 2011’s $70.2 million. Aside from 2012’s Total Revenue growth, 8×8 Inc. saw revenue from business customers rise 30% from 2011, GAAP net income rise to $0.99 per diluted share from $0.10 in 2011, Non-GAAP income rise to $0.15 per diluted share from $0.11 in 2011, growth in net cash provided by operating activities ($9.2 million compared to $8.6 million in 2011), and a $6 million in increase in cash equivalents and investments. Performance numbers aside, 8×8 saw an expansive year as they were issued various new communications patents by the U.S. Patent and Trademark Office and moved to a larger headquarters in California. Critically, the company garnished acclaim as it was named the #1 provider of Hosted IP Telephony by Frost and Sullivan, as well as named a Market ‘Leader’ in the Magic Quadrant for Unified Communications as a service in North America.

Vonage: Vonage proved to have a more challenging year than its peers and competitors. Throughout the first three quarters of the fiscal year, Vonage dealt with various fluctuations in revenue, direct costs, selling (General and Administrative), and marketing expense; however, some of these areas saw growth in each quarter compared to 2011. Despite this state of flux, Vonage carried on with its growth initiative to expand internationally. By the end of their third quarter, Vonage Business plans began including international calling to Mexico, Philippines, and Southeast Asia. Additionally, Vonage entered into an alliance with AARP to further expand their presence. This alliance will enable Vonage to market directly to AARP’s members, which near 40 million. Aside from performance in 2012, Vonage saw a number of changes as they acquired new patents from the U.S. Patent and Trademark Office, as well as underwent some administrative changes.

ShoreTel: Shoretel is another company that saw a number of ups and downs throughout 2012. Shoretel reported a 39% increase in consolidated revenue in its First Quarter Fiscal year 2013 (compared to the first quarter of fiscal 2012). However, a number of other areas, such as GAAP gross margin, saw loss. Aside from this, Shoretel’s “Cloud” continued to deliver strong.  The company also added a number of new features and aspects to their existing line, ShoreTel Sky. Aside from innovation, development, and performance numbers, ShoreTel was the recipient of three prestigious awards in 2012. Firstly, the company received awards at the Midsize Enterprise Summit (MES) West 2012 in the categories of Best Midmarket Software Solution, Best Demonstration of ROI, and Best Execution of a Midmarket IT solution.  Secondly, TMC named the ShoreTel UC Solution and ShoreTel Sky as recipients of the 2012 Internet Telephony Excellence Award (presented by Internet Telephone magazine). Lastly, the company’s most recent software release, ShoreTel 13, was named a winner of the 2012 TMC Labs Innovation award (presented by TMC’s Customer magazine). In addition to these awards, ShoreTel was awarded the Telecommunications Vendor of the Year in the ARN IT Awards 2012. Despite reporting some losses, ShoreTel had a well received, critically acclaimed year.

Polycom: Though facing decreasing consolidated revenues and both GAAP and Non-GAAP income, Polycom continues to remain a leader in the industry. Polycom received critical attention this year when Forrester Research Inc. named Polycom a leader in video conferencing and top-ranked company in both ‘current offerings’ and ‘strategy.’ In addition to this, the company also released a number of new innovations this year, such as the new Polycom RealPresence Resource Manager, a suite of rich and new API’s,  an initiative with IBM Research to co develop next-gen innovations in cloud delivered video, and adoption services designed to help users gain back their investments.

Cisco: Where peers and competitors have seen mostly mixed results in 2012, Cisco seems to have found steady footing. While its quarterly reports presented increases in each area, the company continues to push forward in providing quality service for existing customers, as well as attracting new customers. Along with a proactive, hands on approach to customer service, Cisco manages to continue leading in the industry as the recipient of the Frost & Sullivan 2012 Market Share Leadership Award.

Black Box Network Services (BBOX) : Black Box Network Services, or BBOX, went public in 1992. BBOX won “Catalog of the Year” at the Multichannel Merchant awards two consecutive years in 2004, 2005. BBOX offers number of products including cables, digital signage, power supplies, cabinets, racks, premises security, multimedia and more. In 2012, BBOX found success as they continued to garnish critical attention, expand their identity, services, and products, and innovate. Earning spots on renowned lists such as the Prestigious Solution Provider 500 List, receiving awards, such as Multichannel Merchant Gold Award, and being recognized for excellence in Customer Service (by Cisco), 2012 has been a great year for BBOX. In addition to all this, the company continued to expand itself through new partnerships and contracts with companies such as Cisco and Commspace.

Apptix: A leading provider in business communications, Apptix specializes in Hosted VoIP services. With general increases reported through 2012, Apptix has managed to step onto a larger stage as it delves into partnerships, makes strides in innovations, garners awards, and continues its customer service. 2012 saw Apptix announce that it had been selected for Microsoft’s Business-Critical SharePoint Partner Program.  In addition to this, Apptix’s full arsenal of Cloud-based solutions and services were launched with companies such as Cincinnati Bell and Sprint. With its growth, however, the company did not sacrifice any of its precision. In August, Washington SmartCEO magazine honored Apptix, Inc. as being the best run company in the greater Washington area. Additionally the company was ranked on the VAR500 List (Top 500 Technology Integrators) for its second year in a row. With a slew of awards, and projects in development, Apptix has taken full advantage of 2012.

The companies above have pushed forward in 2012 to provide better services and innovations. While some have faced more trouble (financial or otherwise) than others, these companies are still top public providers. Though there may be some companies excluded, I think it is necessary to keep a shortlist of top providers, as opposed to a collection of companies ranked by quality in descending order. As we enter the New Year, we’ll be sure to stay current with these companies and their projects.