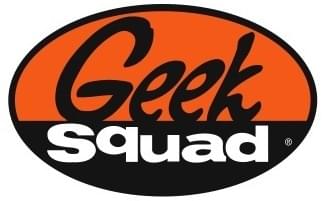 Best Buy Employees in Upstate New York have been flatly telling Time Warner Cable customer to stop getting their phone service through Time Warner Cable. The reasoning, as far as Best Buy goes, is sound logic: Time Warner has decided to add a $3.95 per month fee to lease the same cable modem that does both voice and cable, but will only charge the fee if the TW subscriber uses cable—there is no charge for phone, even though it is the same device.

According to Best Buy, the customers would be better served by purchasing new modems outright from them rather than pay to lease modems that may not even be new. Time Warner, for their part, would have you believe that the added functionality and higher speeds of today’s cable service requires new modems, yet, there has been evidence that Time Warner is actually paying less, not more, to buy the modems in the first place.

But I hesitate to call Best Buy employees’ actions heroic. It may indeed be a sound financial decision to buy a $60 cable modem rather than pay $4.95 in perpetuity. But Best Buy, the company, has their own VoIP provider as well. Best Buy has partnered with a big name VoIP company to attach the Geek Squad logo and colors to their service. The Geek Squad VoIP division certainly has a lot to gain if employees, on their way to the Cable Modem Section, see the big flag that says “Geek Squad VoIP.”

Speaking only for myself, I think it’s a good thing that any cable customer save money and get more features by switching to VoIP. And, don’t forget, we’re only talking about a handful of employees in Upstate New York. But, it may yet turn out to be a savvy, two-step business move. And I’m all for it.

I welcome all comments.