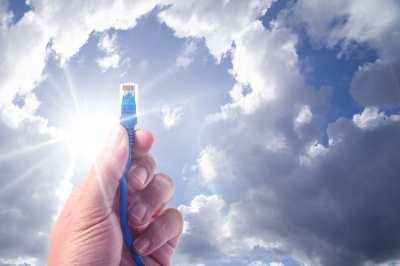 Ethernet over Copper (EoC) is a method of delivering bandwidth. Instead of delivering of bandwidth over fiber-optic cable, EoC delivers it over twisted pairs of copper wire. This the same kind of wire used by telephone companies, not coaxial cable.

Ethernet over Copper is intended as a business service, similar to DSL and T1 lines, but with much faster bandwidth. For Internet Service Providers, Ethernet over Copper makes sense. Much like with Dark fiber, the wire is already under the ground. The content is being transmitted over IP, rather than sending analog signals.

Even though the signal is being transmitted over telephone cables, these are not the same kinds of cables you would buy for your own phone, because, even though they use the same connector, they have twice as many wires inside the cable as home telephones.

Each twisted pair of copper has a throughput of up to 5Mb/s per pair. Up to 8 pairs may be bonded together, making the maximum speed up to 40 Mb/s, and, under certain ideal conditions, up to 50 MB/s. Unlike Fiber, Ethernet over Copper has a range of only a few miles, which is why it ideally suited for densely populated urban areas. In fact, EoC is sometimes referred to as “Metro Ethernet”

EoC seems to a new “frontier” in infrastructure, with CLECs staking the ground and buying up previously unused copper. Broadband leader Megapath has the largest EoC footprint, and Windstream and XO Communications are also leading EoC supporters.

While the irony is not lost on some that the same copper wires that once carried telephone calls are now being used to once again carry voice data, the method of transmission is completely different. Instead of voice data being carried over circuit switches, voice, video, and other internet data is broken into packets, compressed, and sent over wires to be reassembled at the destination. So, even though your voice is being carried over twisted pairs of copper originally designed for telephones, you are still using Internet Protocol, hence, “Voice over Internet Protocol.”