VoIP Scams to Beware of 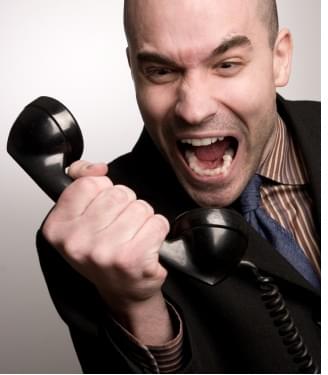 As long as there have been rules, there have been people breaking them. Today, scammers and con artists can use VoIP as a new tool to swindle well-meaning people out of their money. Below is a list of some of the many types of scams to be wary of. If you read the terms of service for virtually all VoIP providers, they forbid scams like these.

First, a few scammer basics: There are many different types of scams, and I won’t list every combination of scam and technique. This article will focus on the technique, especially when VoIP is used as a tool. But the fundamentals of any scam are the same: Get you to give up precious information, such as your SSN, your credit card number, passwords, even the names and birthdays of your family members (because they are common passwords). Always call out to technical or customer support if you are having difficulties. Often technical support reps that are indeed from your VoIP provider aren’t allowed to access your passwords. If you use a program to enable technical support to remotely access your computer, make sure that it is a real technical support, and a legitimate program.

Faked Caller ID/Caller ID Spoofing: Being able to choose your own caller ID is a great tool. But it’s also a way for scammers to fake the names of banks, credit card companies, and charities in order to scam you.

Brute Force Search: Also called a “brute force attack,” the idea is simple: have a computer try every combination of words and/or numbers to break a password. This is why most passwords only let you type in an incorrect password a limited number of times.

War Dialing: This technique originated in the days of dial-up modems. A computer program would dial thousands of numbers at once, and connect to other computers that would pick up on the first ring, annoying thousands of people who would get a hangup as soon as a human picked up. This technique is used to describe calls and recorded messages sent by the thousands every minute. Example: “This is Rachel from Card Services…”

War Driving: Searching for unprotected Wi-Fi networks from a moving car. Variations of this technique include “Warflying,” “Warwalking,” and “Warcycling.”

War Chalking: Signalling to other scammers using chalk on the sidewalk that an unprotected network is near.

Smishing: Using a text (SMS) in order to scam you into going to a web site and entering personal information. Example: “You have received a free 100” TV. Go to stealmymoney.xyx to collect it.”

Vishing: Used in combination with War Dialing; in vishing, the scammer or scammer recording instructs the mark to dial a number, then entering critical personal data. A variation of this is to send an email instead of making a phone call.

Pyramid Scheme: Unlike a real sales job or referral program, in a scam pyramid scheme, you must pay a fee to get your business started, and then recruit others who also must pay you, who recruit others until the pyramid eventually collapses.

SIP Identity Theft: When someone steals your SIP credentials, they can immediately making calls and illegally charging it to your account–i.e. SIP Identity Theft. You might wonder how many calls one person can make. The stolen identity will be sold to a vender, and unscrupulous (or unknowing) parties will make international calls using your SIP credentials as a calling card. Within hours, you will have a huge bill, and an equally big headache.

There’s good news as well. VoIP subscribers have ways of combating scammers of their own. There are a number of privacy rules, DND rules, and community block lists, to name a few.