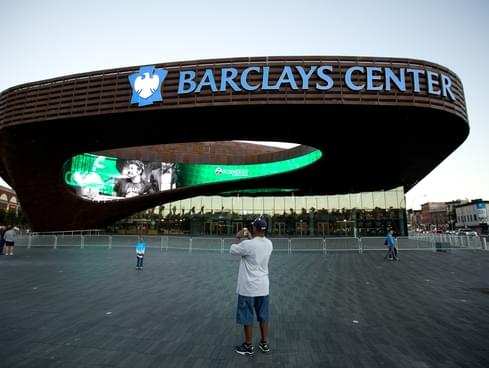 During festivals and concerts, we’ve all experienced it…that frustration when your texts and calls simply won’t go through. The frantic walking around an open field or venue, feverishly waiting for that one more bar or sliver to appear so you can locate your friends. This is not so with the newly erected Barclays Center, a multi-purpose indoor arena near my old neighborhood in downtown Brooklyn, New York. The arena was opened to the public on September 21, 2012, holding its first event with a Jay-Z concert this past Friday. The Barclay’s Center holds a little over 18,000 people, and is a $4.9 billion sports arena, business, and residential complex.

With the advent of rich, media sharing applications relying on availability of Internet, the strain of thousands of people on that same network can result in little to no connection at all. Cisco and Barclays Center have addressed these complex issues native to high density environments through state-of-the-art technology offerings. In fact, the Barclays Center is currently one of the most technologically outfitted and advanced venues on the planet.

Recent research shows that 75% of fans attending live events are likely to have a mobile device, approximately 50% will take photos with the device, and close to 50% of them want to share their experiences with family, friends and the rest of the world through social media channels like Facebook and Twitter. Cisco has worked closely with the Barclay’s Center to create a Connected Sports & Entertainment Environment, adorned with custom solutions such as Connected Stadium Wi-Fi, which allows fans to fully enjoy and capture every moment of their experience, without network interruptions or skip-ups.

Another incredible feature that patrons can enjoy from their mobile devices, is a dedicated Barclays App. With it, fans can stream a live event video, in addition to being able to view an event from different camera angles (via a live feed from various camera emplacements in the stadium), putting them right in the midst of things from a wide range of perspectives. Personally, I’m looking forward to attending a few shows there to check out the technology first-hand. The Barclays Center is now in full swing, with its first 8 shows already sold out – the stadium regally awaiting to accommodate thousands of people looking to bring those that couldn’t quite attend, front and center.