Why is VoIP So Cheap? 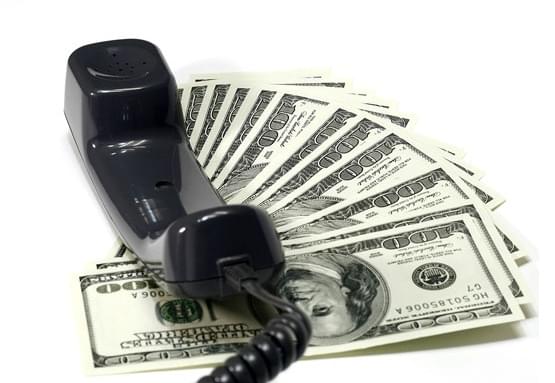 Here at GetVoIP.com, we preach all the time about how fantastic VoIP is – its capabilities, integration, staying power, among other things. Do we believe them? Absolutely. Rest assured, we are not trying to mislead anyone, and personally, it’s easy to sleep at night and subsequently get out of bed to hone in on something that’s exciting and enterprising as VoIP. Compared to PSTN, there is no comparison – its the clear cut choice, though I candidly have a tough time convincing my parents of this. This is neither here nor there, though I will say that to this day, they do not have call waiting, thus VoIP might be too large of a leap for them.

The clincher (or so I presumed), would be when I informed them of the heaps of money they could save by making the switch. Again, this didn’t work, but that’s hardly enough to stop me from telling people to GET VOIP. I’m no philanthropist, yet I will say that any time I recommend Voice Over IP to someone, it’s always in good faith. Returning to the a really large factor in my urgings – price. VoIP is much cheaper than traditional landlines, and sometimes even half the price. However, this poses the question – Why is VoIP so cheap? Here are some of the things that contribute to the low cost of VoIP.

It might bear repeating, that VoIP operates over the Internet – something a large majority of people have. In that regard, you’re already half way there. With some services, it might even be free in some cases, but I can’t fully speak on the quality of those services outside of the realm of mobile use. VoIP uses ‘packets of voice’, as compared to PSTN which relies on a dedicated line. This results in dirt cheap calling that’s well worth it side-by-side with other costs. The Internet is paid for, that’s it…no further worries. In addition, phone companies are paying to keep lines maintained and functional, with that cost inevitably trickling down to the consumer. The Internet, although needing upkeep from time to time which is negligible, is really self-sustaining, so you’ll never have to worry about your VoIP provider taking it out on you. Still not convinced? I’ll break it down for you in a neatly packaged example (sort of):

If you make a call via the traditional Public Switched Telephone Network (PSTN) a circuit is created between you and the person you’re calling, for the duration of the call. This is why a PSTN is referred to as “Circuit Switched”. Your voice is digitized (using a codec) and, along with thousands of other voices, combined onto a single fiber optic cable. The myriad voices are transmitted at a rate of 64 kbps in each direction for a total dedicated bandwidth load of 128 kbps per call. Since there are 8 kilobits (Kb) in a kilobyte (KB), this equates to a bandwidth usage of 16 KB each second the circuit is open. In a 10-minute conversation, the total transmission bandwidth used is 9600 KB or, approximately, 10 megabytes.

VoIP doesn’t need to use circuit switching. In fact, the Internet is based on the concept of “Packet Switching”. Meaning that little packets of data flow freely along thousands of possible paths; each packet containing not only the pertinent data but all the information needed for reassembly into the correct order. Additionally, packet switched data networks send and retrieve only as needed so no constantly open circuit is necessary. Combining codec driven data compression with the efficiency of packet switched networks result in a total bandwidth use of between 3 and 16 kbps; as opposed to 128kbps.

VoIP Could Be As Easy As Plugging In & Powering On

Another thing, is the fact VoIP does not always require the purchase of new equipment. Yahoo, Google, and Skype have been enabling this service for years, without the use of anything besides a USB headset and a maybe a softphone. Only recently has there been integration of Internet Communications with traditional phone systems, such as ATAs, which can plug right into your rotary phone [for the sake of emphasis].

Furthermore, importing your contacts can be done using a cover sheet or stored numbers on your computer. Gone are the days of cumbersome address books, which are a royal pain when you have a ton of blank pages to flip through just to get to the letter N. Everything is generally digital with VoIP, so never worry about indexing or flipping through pages – it’s all done already.

People might scrutinize their bill every month, especially when it comes to taxes and hidden fees. The thing is, VoIP billing isn’t all that mysterious, as a Universal Service Surcharge and Regulatory Recovery Fee are easily explained – and rarely more than a few bucks. Another great thing about VoIP, is you’re ‘going green’, whether you like it or not. All of the billing is completely digital and easy to understand, charges are listed in an orderly fashion, and billing departments are readily available to answer any questions you might have.

VoIP operates exclusive of your cable provider, and as such, I save money on my Time Warner bill by consolidating with the double play (TV & Internet), rather than the triple play (TV, Internet, & Phone). There’s no reason to spend extra on a service that can be rolled into one – paying an additional fee for phone service is just plain frivolous. Check out a side-by-side comparison of taxes on a Verizon home phone bill and a Vocalocity business VoIP bill:

The bill pictured on the left was clipped: that $23.78 total charge only covered local calls, while there were more charges for long distance calling added on. Not so on the right, where the bill was one flat rate plus related taxes. Furthermore, the Vocalocity bill on the right has less taxes with more features, and is under 40 dollars.  Most of the charges were local with the Vocalocity invoice, except the Federal Universal Service Fund, which isn’t all that much. The FCC Line Charge for Verizon is almost a whopping $7 dollars – rather steep in light of the low charges with VoIP, as the largest tax on the compared invoice is less than half that amount. Like anyone, I understand the concept of paying taxes, but there’s a fine line between kicking in for services like E911, which is important, and FCC charges which are egregious at best.

Billing might differ from user to user, but the great part of VoIP is you can opt for unlimited calling where it may be needed. With traditional phone service, you’re at the mercy of your provider, and really have to pay attention to your usage, lest you end up incurring astronomical fees for long distance calling. VoIP is fully customizable – find the plan that suits you best and run with it.

There you have it, and let’s remember something – people generally want to reduce their expenditures, so if they are getting facility of reducing expenditure by using VoIP, it’s pretty clear to understand why some businesses and individuals have already made the switch. I’ve already started using it wherever possible, since I know this is a proven fact. Frankly, I don’t ever see a reason to plug in or pay for a landline in my home. VoIP really is incredibly cheap, but in this case, you get more than what you pay for. Cheers!

Related Articles:
– VoIP Service vs. Landline Service
– Save Money with Business VoIP When You Barely Use It
– Get VoIP Services & Save Money