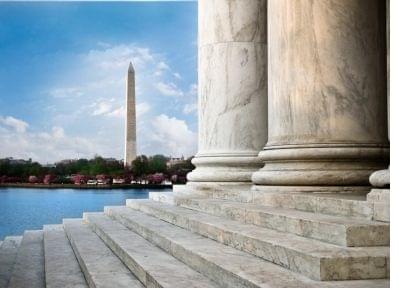 As VoIP is finding it’s way to more and more business phone systems, both large and small, it’s also gracing desks at local government agencies across the country. Backing this progress, is AT&T, who petitioned the FCC urging a “National Broadband Plan” involving the shift to VoIP for government phone systems. The future of VoIP is bright, while old telephone service (POTS) is “unsustainable for the long run,” says AT&T. Regulatory requirements are still in place, but AT&T aims to influence the government into ditching them in favor of VoIP services. The FCC and the regulation of VoIP might be an ongoing issue for the time being, yet many local governments have began to embrace the technology, saving money and building efficiency in the process. Here are 5 examples:

South Bend spent around $1 million on a VoIP system in February 2012, with debt that will be repaid over five years. Currently, the city is paying about the same per month for phone service as it was pre-VoIP. After five years, however, the city expects to save up to $240,000 per year.

South Bend systems specialist Keith Crain told The South Bend Tribune, “The service has been outstanding. I think the voice quality is better than what we had under our old system.”

SandyNet, a municipal plan offering broadband internet services, rapidly became an important city asset in Sandy, Oregon, providing ISP for city operations and the Sandy Fire District. The city’s Operations Center began using a VoIP phone system as part of its Telecommunications Master Plan, with the ultimate goal of extending VoIP to City Hall, the library, the police station, and community center. VoIP is expected to produce extensive savings over the $19,000 per year the city had been spending on these systems.

Lincoln, Nebraska wanted to reduce telecommunications costs for its city and county governments, and the obvious means to do that was switching to VoIP. Government officials also believe that a VoIP system will increase communication quality for local government employees. Steve Henderson, CIO for Lincoln and Lancaster County, is quoted in a press release for NACR (North American Communications Resource): “First, we believe that over time we will realize a significant cost savings compared with our current approach, and second, we believe we’ll see significant productivity gains by virtue of the many features and capabilities available within the new system.”

In 2011, St. Louis Park, Minnesota converted its telecommunications infrastructure to VoIP due to cost savings and better functionality. The move paid off that summer when a construction crew accidentally severed some fiber optic cables in the city, temporarily cutting off emergency calls. Because of the VoIP system, the city was able to reroute phone traffic through nearby Minnetonka with only a half-hour lapse of service. Public safety officer Lt. Lori Dreier told GovTech.com, “That’s fantastic for an unplanned event.”

VoIP technology has allowed Spartanburg County’s Communications / 911 Department to use a laptop as a virtual 911 system from any location with internet access. The county’s VoIP system is not only portable, but easily expandable. Because the county’s new system can support up to 300 users, and Spartanburg County only needs 20, they have explored hosting smaller communications departments from smaller, neighboring counties with limited revenues. Deputy Communications Director Keith Lee told GovTech.com, “We have the ability to host that other county’s entire operations because of this IP-based solution.”

Besides cost savings, VoIP systems give local emergency services a huge advantage should they have to cope with natural disaster because a VoIP system can quickly shift calls to an alternate location, potentially saving lives as well as money.

Although VoIP, and most new technologies are slow to catch-on everywhere, there is no denying the impact VoIP has already had and the inevitability that it will become the standard in for business & telecommunication.